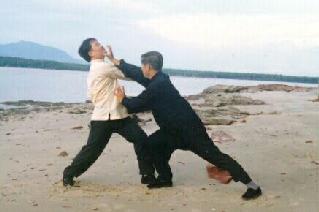 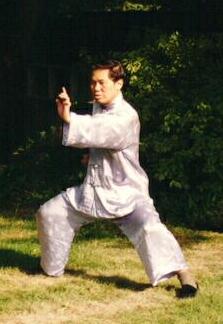 Kungfu, in western languages, normally refers to Chinese martial art. In the Chinese language the present official term for martial art is wushu. However, due to various reasons, one of the most important of which is that the present Chinese government wishes to promote wushu as a sport rather than a fighting art, the term "wushu" when used in the West often connotes a demonstrative form, whereas the term "kungfu" suggests a combative art. 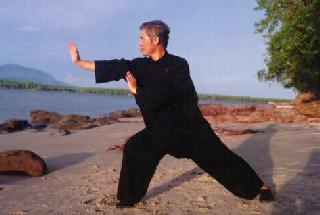 It is important to bear in mind that this division into internal and external kungfu is arbitrary and provisional. Actually there are more internal aspects in Shaolin Kungfu than in all the three famous internal styles put together! 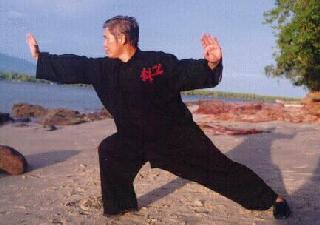 This may appear to be a wild claim to some people, but if we take the time to examine the internal arts taught in Taijiquan, Baguazhang and Xingyiquan, we shall discover that all these arts are also found in Shaolin Kungfu.

For example, meditation to develop mind, gentle movements to engender energy flow, and "zhang-zhuang" (stance training) to develop internal force, which are crucial training methods in all these three internal schools of kungfu, are also found in Shaolin Kungfu. On the other hand, some internal Shaolin arts like "one-finger Zen" and "tiger claw", are not found in the internal schools. 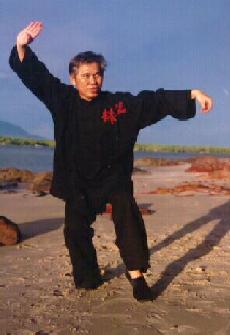 The reason for calling Taijiquan, Baguazhang and Xingyiquan internal is quite straight-forward. All these arts emphasize internal training like visualization, internal energy flow and zhang-zhuang, and pay little attention to external training like leg stretching, hitting sand-bags and lifting weights.

If you practise Taijiquan, Baguazhang and Xingyiquan, but have little or no experience in visualization, internal energy flow and zhang-zhuang, then you probably have been practising only their external forms, and have missed the essence of these internal arts.

Shaolin Kungfu is generally referred to as external because most of the people who practise it usually exhibit only the external aspects of the Shaolin arts, like demonstrating beautiful unarmed or weapon sets, and breaking bricks with the Shaolin Iron palm. Because Shaolin Kungfu is so extensive, and its internal aspects are usually taught only after the students have been familiar with its external forms, not many people have the chance or patience to progress to this internal level of Shaolin Kungfu where the training of mind and energy is emphasized. 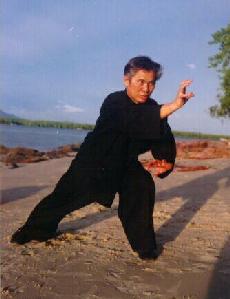 Besides the parental Shaolin Kungfu, there are many styles derived from it. Broadly, it may be classified into Northern Shaolin and Southern Shaolin. 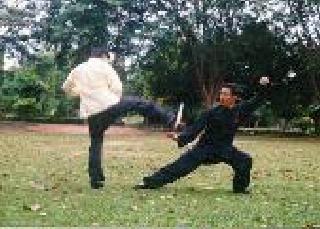 Irrespective of whatever style you practise, you must be able to defend yourself if you practise kungfu; otherwise your training becomes meaningless, because the term 'kungfu' means martial art.

But kungfu, unlike many other martial arts, is generally non-aggressive and non-brutal although it is very effective for combat. Some kungfu exponents may be aggressive. In my opinion this is due to the attitude and policy of their respective instructors, rather than to the art itself. 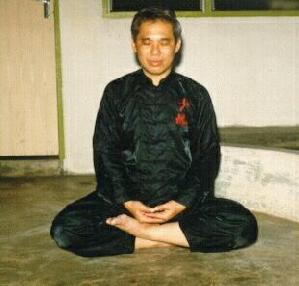 If we examine the philosophy of the various styles of kungfu, we can find that they generally emphasize tolerance, respect for elders, righteousness and love for life. Such a philosophy is in contrast to that of some martial arts which advocate hurting or even killing the opponent at all cost, including the inevitability of hurting oneself in the process.

In great kungfu styles like Shaolin Kungfu and Taijiquan, the highest aim is beyond mere fighting; it is achieving the highest attainment any person can wish to have, i.e. spiritual fulfilment, called by different names according to one's culture and religious belief, such as enlightenment, merging with the great void, return to God's kingdom, and union with the Supreme Reality.