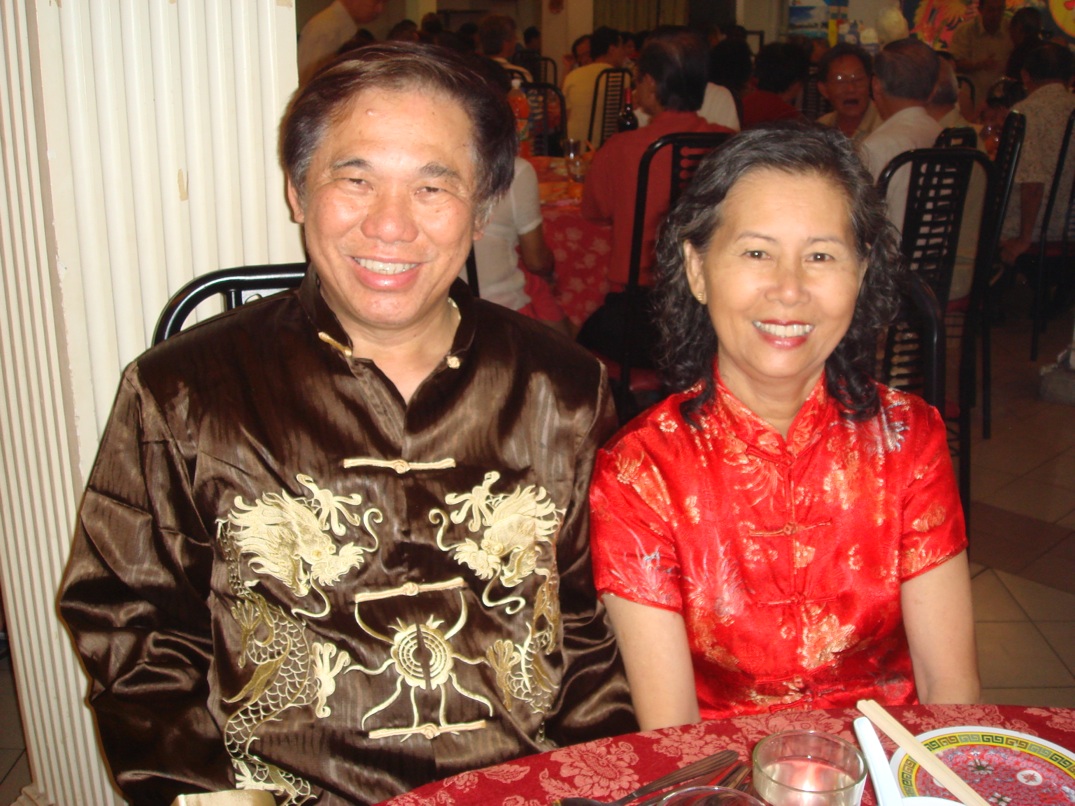 Grandmaster Wong is very proud of his one and only wife

It is unfortunate that some masters of kungfu and other martial arts abuse their power and influence to have sex with their students. It has become so common that some people, especially in Western societies, even think this is normal.

We in Shaolin Wahnam are fortunate that this is not an issue in our school. We are very clear on this policy. Abusing powers and influence especially to have sexual favours, irrespective of whether they are masters or senior students, is certainly against our Shaolin Wahnam teaching.

This is also not an issue in traditional Eastern societies. A master having sex with his female students is frowned upon. In the past this was considered incest, as a master was regarded as a father to his students.

However, romantic relationship between kungfu brothers and sisters are, and were, not uncommon. But this is a different matter from a master having sex with his students. In the past in Chinese society when opportunities to meet members of the opposite sex were not frequent, romantic relationships, but seldom sexual, between brothers and sisters in the same kungfu school were not infrequent, and sometimes led to rivalry and quarrels.

But, as I have often mentioned, I have been softened by Western culture. When some instructors asked me whether it was permissible in our school if an instructor began romantic relationship with his female student, I gave my blessing, provided he was true to her and not abusing his influence for sexual favours.

It is more than just romance that the tradition of not marrying one's student evolved in Chinese kungfu history. A recent example illustrates some valuable lessons.

A world famous and highly respected elderly Taijiquan master, who was Chinese and living in Chinese society in the East, married his young female student, who is also Chinese. This was against kungfu tradition and against Chinese tradition.

We shall leave the romantic aspect of the marriage to the elderly master and his young wife as their private matters, and focus only on the social impact of the marriage on their school. Many senior disciples of the master were caught in a very difficult situation. They suddenly found their simui, or younger kungfu sister, who was far behind in time in the school as their junior, became their simu, or teacher-mother.

It could be manageable if the new teacher-mother stayed at the background, but it seemed she was very bossy. She was not only bossy to the senior disciples but even to the master to the extent that soon after marriage the master disappeared. News appeared in prominent local papers that the master was missing. Later it was discovered that the master had to escape from his new boss to find some solitude for himself. This became a big joke in kungfu circles.

Although it does not necessarily happen, there is a real risk that the new simu, who was previously a simui, could become a negative influence in the school. This actually happened sufficiently in the past to warrant a warning to both the master and his wife not to repeat the same mistake. The master, despite being a kungfu expert, is particularly vulnerable to "pillow-talks", i.e. complaints by his wife just before he wanted to make love.

On the other hand, there were also complaints against me especially in my early years of teaching in the West, but from the other perspective, that I shunned female students, that I did not choose them for kungfu demonstration, that I did not hug them as other masters would. Some female students thought that I was a holy monk, until they discovered that I had (and of course still have) a beautiful wife and five lovely children.

We in Shaolin Wahnam are very clear on this tradition. Any abuse of power or influence for sexual favours is certainly not part of our Shaolin Wahnam teaching.