A GIRL FROM SZECHUAN 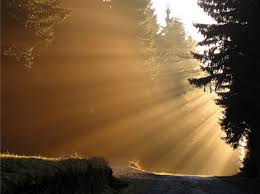 Each can attain his own salvation in his own chosen way. Picture taken from http://www.blacksdahistory.org/salvation.html.

"No wonder she asked me to address her as Miss Lin, and not Mrs Yang," the old lady went on. "Are you a Muslim too, Mr Yang?"

"Last night Miss Lin returned home feeling very happy. She told me that you would be back tonight, and she asked me to prepare a ten-course dinner for you. What a thoughtful wife! She asked me not to have any pork, because she is Muslim, she said, and a Muslim doesn't eat pork."

"I'm not Muslim," Yang said, "but some of my classmates at Shaolin Monastery are."

The old lady was surprised. "I thought Shaolin Monastery is a Buddhist monastery."

"It is, but secular Shaolin disciples need not necessarily be Buddhist."

"You mean there are non-Buddhists staying in Shaolin Monastery?"

"Yes, certainly. There are a lot of Confucianists and Taoists. There are some Christians too. The Buddhist monks themselves, including my master, have great respect for all other religions. In fact, the last time I went back to visit the monastery, I met two interesting, young Indian students. They said they were Hindus, but they liked the Buddhist teachings at the monastery. They said there is much similarity between what is taught in Buddhism and what they believe in their own religion."

"So all these people want to become Buddhists?"

"Oh, no. Not necessarily so. They practice their own religion, but of course they are welcome to study Buddhist teachings, if they want. The Buddhists, including the ordained monks, have never claimed that their Buddhist way is the only way to Enlightenment. Hence they have never tried to convert these non-Buddhist disciples into Buddhism. Indeed, my master often said that each can attain his own salvation in his own chosen way."

"I don't understand all this," she said.

"That doesn't matter. But are you keen to become a Muslim? You, too, can attain salvation the Muslin way."

"I just asked. I was curious about the Muslim food Miss Lin prepared. I haven't seen such food in Hangchow before," she said.

"That's Szechuan food," Yang explained. "There are many Muslims in Szechuan and Yunnan."

"But it's a pity what Miss Lin did to such delicious food."

Yang could not control his laughter any longer.

"That Stupid Horse is me," he said.

"So it was you who made her angry!" She stared at Yang. "You better return to her and apologize, you Stupid Horse!"

"Left? Then you better find her back, you Stupid Fool!"

"Yes. And I'm going now." Yang rose and artfully slipped a big piece of silver into her hand.

"Your wife has already paid me for the dinner, Mr Yang." She wanted to return the money.

"It's not for my dinner; it's for yours!" Yang laughed heartily. He felt he had not been so happy for some time.