IT'S ALSO MY FIRST TIME 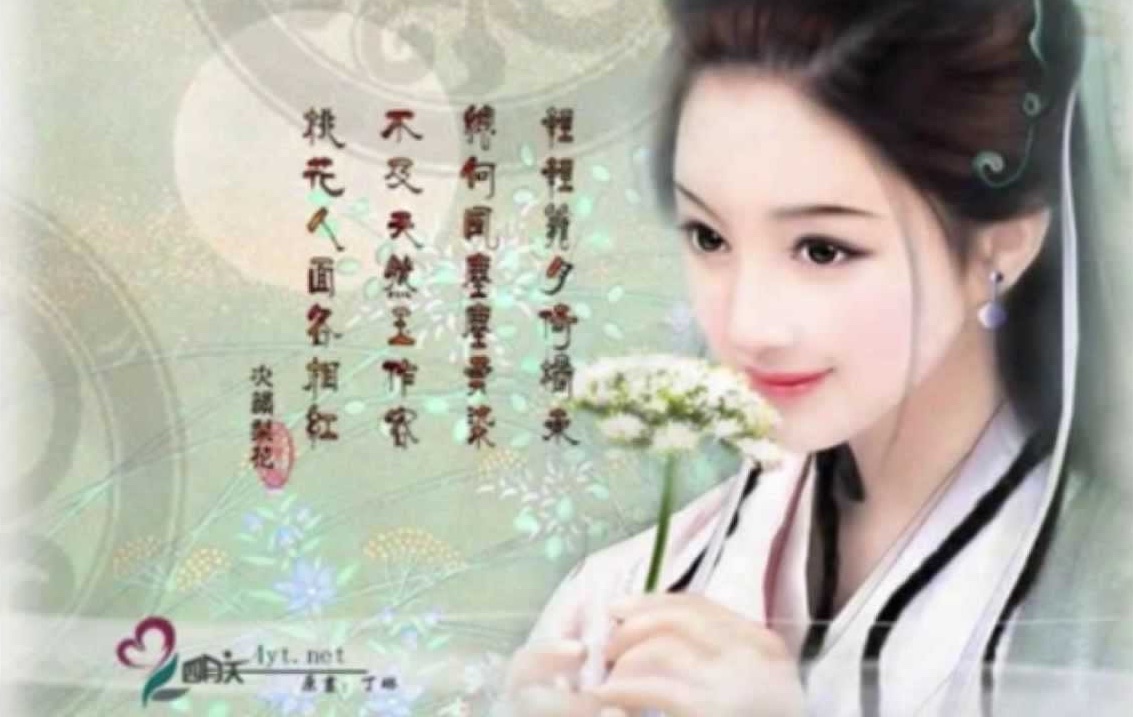 A Chinese beauty in classical times

There were no lamps or candles in the room, but the full moon outside was bright, and the gleaming moonshine made the room clearer and brighter than any light a candle or lamp might provide. It must be very late, but Yang Shao Ming still lay wide awake in bed in the only room of the house. The old man and his pretty, shy daughter were outside in the small hall, perhaps sound asleep, or perhaps wide awake like him. Yang did not know.

Yang also did not know why he couldn't go to sleep. Perhaps he was too excited: he had done a good deed today. Perhaps the excitement was due to his realization that he was sleeping on the pretty, shy girl's bed, and using the pretty, shy girl's blanket. He could even smell the bodily scent of the girl, the pleasant scent that was still lingering between the bed-sheet and the blanket. Somehow the pleasant, feminine scent stirred some strange feelings in him, strange primitive feelings that he had never felt before, feelings that he was scared to feel yet want to feel, feelings that rose from deep inside his unconscious, that could even be traced back to the primordial consciousness of man.

He thought of the girl. Without a blanket, she must be cold outside. A touch of tenderness surged at his heart. Her pretty face materialized in his mind. Thin willow eyelashes, large almond eyes, sharp slander nose, small plum-shaped mouth, smooth oval face and black silky hair. Thinking of her even inspired him to recall a romantic poem:

She is a beauty like precious jade,
I am a sword from rainbow made.
Gentle and loving she's born for me,
Mating the rainbow with the sea.

Then in a waking dream, he sensed someone softly opening the door of the room. Who can that be, Yang thought. He closed his eyes and pretended to be asleep, but kept a narrow slit so as to observe what happened. To his utter surprise, he saw the pretty, shy girl stealthily opened the door. Her face was pale and trembling in the white moonshine. What is she doing, Yang thought. She is cold; perhaps she is coming in to get some warm clothing.

The girl, still trembling, stealthily walked towards Yang Shao Ming, climbed onto the bed and into the blanket. She laid close to Yang, both inside the same blanket. Just as Yang was about to ask her, she placed her smooth fingers on his mouth.

"Shss... Don't make any noise." She whispered into his ears. Then she put her right arm over and around Yang, and clumsily moved herself inside the blanket so that her whole body was on top of his, and her right cheek beside his right cheek.

"You saved us. This is the only way I can repay you. I have only one request, only one. Please be gentle, please," she stammered. "I'm still a virgin."

Yang was aghast, bewildered, flabbergasted. His initial reflection was to push her away, but he didn't. It struck him that this might hurt her, damage her ego, injure her heart. He put his arms lightly around her, holding her in a gentle embrace. For a few minutes he did not know what to do. He just laid there, with her on top, and he felt surges of warmth rushing to his face, his mouth dry, his breathing rapid and his heart pounding as it had never done before. She was also breathing heavily and her heart was throbbing fast, and her hair, sweetly scented almost smothered him.

He did not exactly know what happened next -- he did not need to know. He imagined he was sleeping, joyfully sleeping, but when he realized what had happened, he found he was on top of the pretty, shy girl. They were fully dressed, but only their top body, for he clearly felt that from below the waist both he and the girl were naked, and a small part of his body was still inside her, uniting their two bodies into one.

He smiled at her. She did not smile back; her face was quite emotionless. But there were some tear-drops in her eyes, glittering in the soft moonshine. He kissed her face tenderly, very tenderly, and dried her tears.

"Did I hurt you?" he whispered.

She shook her head.

He wished he had not asked that question, for it grieved her. More tears swelled in her eyes.

He debated in his mind whether he should say don't worry I'll marry you, not that he was uncertain of his pledge of obligation, but he was concerned that this would affect the mission his master had just instructed him to carry out.

May be because their two bodies were already one, the girl seemed to understand his thoughts.

"You don't need to marry me. I prefer you to carry out the mission you set out to do. This, my choice; my way to thank you."

Yang was about to ask the girl her name.

"I won't tell you my name, and I don't want to know your name, so that in future you cannot find me. Also promise me not to ask my father my name, or ask his name, or tell him your name. Promise, please."

"I promise. But what happens if you have a baby."

"I find a good man, marry him. Not difficult. Many men want to marry me. I will have the baby. But you cannot have him. He will become my husband's son, or daughter. I will look after him well, very well. Please don't worry. He is a gift for me, a special gift from you. I hope this gift is a boy, so that he will grow up like you."

Yang Shao Ming suddenly felt a tincture of shame. Here is a very beautiful girl, still very young. Though she is not educated, she is so open, so sincere, so brave, and she knows what she is doing and what she has to do. Can anyone say she is not educated? Her feelings and her thoughts are so admirable, though she has not learnt how to clothe them in beautiful words. In contrast, I'm so selfish, Yang thought. True, I would marry her, if needed. Yes, if needed. Does that mean I would choose not to marry her if I can? Is my preference for fulfilling my Shaolin mission the real reason, or just an excuse for not marrying her?

"What are you thinking?" the beautiful girl asked.

Yang Shao Ming did not know how to answer.

"Don't worry," she seemed to read his mind, and spare him from answering. "Just remember I love you." Then she kissed him gently on his cheek.

Yang Shao Ming was stunt, then extremely pleased. This was the very expression he had wanted to hear most, and the very expression he would expect a very shy girl like her to find it most difficult to say, no matter how much she might want to say it; yet, now, she could say it so naturally, so spontaneously.

"I love you too," Yang replied also automatically. As soon as the words left his mouth, he wondered whether he was half as sincere as she was.

"Don't know true or not, but I want to believe it true." She gave him another gentle kiss on the other cheek.

"You're wonderful! It's also my first time," Yang said.

"I guess so. You were very clumsy; you took a long time to find my place."