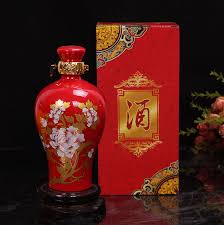 As Yang Shao Ming entered the reception chamber, Commissioner Chin was already waiting. The room was spacious and luxurious, with expensive paintings on walls and precious porcelains vases on artistically carved selves. Everything about the room was delicate and exquisite, just like the Commissioner himself.

The Commissioner, in his early thirties, was comfortably seated at a table, laid over with a fine, red silk table-cloth, and on the table were delicious food and excellent wine. Yang Shao Ming could easily tell the superb quality of the wine by its gentle, fragrant aroma.

Commissioner Chin was alone. Even his bodyguards and the pretty maidens who habitually surrounded and pampered him were conspicuously absent.

"My dear Yang," the Commissioner said as his young friend entered, "fine food and wine wait on our appetite."

"I suppose you're going to ask favours from me again." Yang smiled but was straight to the point without any pretensions, as he eyed the delicious food and excellent wine on the table. "They say the best way to a person's favour is through his stomach!"

"Let's enjoy this Persian Scarlet," Chin replied as he poured a cupful of the best quality wine for his friend. "You can't buy such wine with any amount of money. The King of Persia sent three barrels to our Emperor as tribute, and His Majesty is so graceful and generous to give me one."

"And you're so graceful and generous to let me share it."

"What is a barrel of wine compared with the company of good friends. I must say that even if I had achieved nothing in this short life, I would leave this world without any regrets because I have you as a good friend."

That was quite true. Any one of Yang's friends would agree that was true. Yang Shao Ming was only in his late twenties, but he was so skillful in martial arts that many people considered him one of the best kungfu exponents the famous Shaolin Monastery had ever produced. But, of course, it was not merely because of his Shaolin kungfu that his friends adored him.

"You certainly have achieved a lot in life, my dear Commissioner, and you certainly understand the pleasures of life."

"Unfortunately I am not drinking for my own pleasure this very moment!" The Commissioner frowned. And he said this so naturally and spontaneously that his friend was not sure whether he was joking.

But Yang Shao Ming retorted in jest, "Ha, ha! As if you're drinking for my pleasure then!"

"Three cupfuls to drown my worries," Chin sighed as he gobbled down his first cupful of scarlet wine.

"You should know my worries, my two pertinent worries," Chin said with half closed eyes.

Yang could not laugh now. He wanted to know the two pertinent worries, yet he dared not ask. He knew too well that as soon as he foolishly opened his mouth, Chin would talk him into doing favours again. He had done enough favours for the Commissioner in solving crimes, and this time Yang was determined not to be used again. He sat back, like his friend, half closing his eyes, and tried to enjoy the succulent Persian wine.

Wine, Songs and Women: these were the pleasures of men - at least of most men. But now Yang did not find the wine pleasurable. Two pertinent worries? Yang thought.