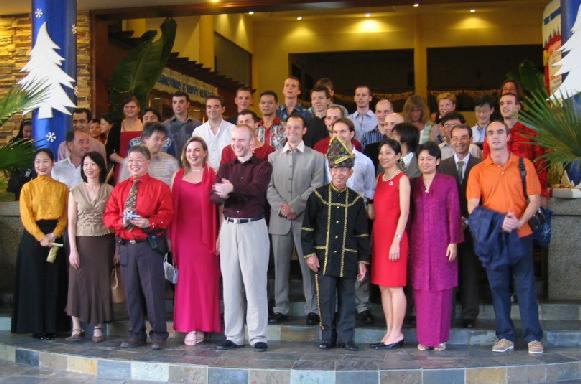 A Brief Review of My Medical (Personal) History

(The following subsections are all quoted from an informative text called Coping with Endometriosis by Robert H. Phillips, Ph.D., and Glenda Motta, R.N.)

“Endometriosis is one of the most prevalent gynecological disorders, affecting millions of women and girls around the world. The incidence of endometriosis diagnoses is on the rise, and we can no longer afford to treat the disease as an insignificant issue.

Endometriosis can result in incapacitating pain, infertility, and repeated surgeries, and can render a woman or girl unable to go about her normal routine. This disease affects not only the patient, but also everyone around her. Dr. Von Rokitansky first detailed the disease in 1860.” (xiii)

"Endometriosis is a chronic disease of a woman's or teenage girl's reproductive and immune systems. Patches of endometrial tissue — similar to the tissue normally found only in the endometrium, the lining of the uterus — grow outside the uterus (the womb). This tissue develops into different types of "growths", also called "implants," "nodules,” or "cysts," which can cause pain, bleeding, infertility, problems with your bowel or bladder, many other symptoms or changes." (4)

"Endometriosis affects women and teenage girls of all races all over the world. Endometrial tissue has been found in autopsies of infants, premenstrual adolescents, posthysterectomy, and postmenopausal women (even in five men!), but generally occurs in women who are having menstrual periods?age at diagnosis ranges from the midteens to the forties.

One study reported that more than 50% of teenage girls undergoing surgery for severe pelvic pain had lesions. The Endometriosis Association and the Endometriosis Research Centre estimate that 2-4% of the general female population worldwide may have endometriosis.

Endometriosis affects more women than breast cancer. The average delay from the beginning of symptoms to diagnosis of the disease is over nine years. The disease is often confused with pelvic inflammatory disease, bladder infections, irritable bowel syndrome, and a multitude of other conditions. This means millions of women and girls suffer needlessly and treatment is delayed.” (6) 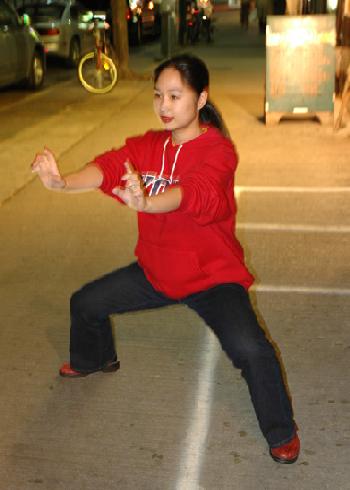 "Despite the number of theories as to the cause of endometriosis, none seem to account for all cases." (8)


What are the symptoms of Endometriosis?

"For the most part the symptoms of endometriosis can be divided into the following main categories: pain, fatigue, bowel and bladder complications, heavy or irregular bleeding, and fertility problems." (12)


What are the stages of Endometriosis?

"Stage I is minimal. Endometriosis in the peritoneum (the abdominal cavity) is superficial, and only one ovary is involved. The endometrial lesions are small and not widespread.

"Stage II is mild. There is deep endometriosis in the peritoneum and both ovaries have superficial involvement.

"Stage III is moderate. There can be superficial or deep endometriosis in the peritoneum. The cul-de-sac (the area between the wall of the uterus and the rectum) is involved. Lesions are deep in one ovary, and the fallopian tubes are often affected. Adhesions are deep.

"The staging system? is flawed in that the staging is not related to pain. (In some women, lesions may be small but cause severe pain. Others may have large lesions without a lot of pain.) It also does not label the changes that may be going on in the immune system and does not allow for the fact that implants may fluctuate in size." (20)


What is the Prognosis of Western Medical Experts?

"Endometriosis is a chronic disease with no cure at the present time, which means that it can last as long as you are alive. New data from the world's largest research registry on endometriosis show that women with endometriosis and their families have a heightened risk of breast cancer, melanoma, and ovarian cancer.

There is also a greater risk of non-Hodgkins lymphoma in these families and a significantly higher incidence of diabetes, thyroid disorders, and other autoimmune diseases such as rheumatoid arthritis, lupus, multiple sclerosis, and M?ni?re's disease?.Serious problems with endometriosis occur when it has a destructive effect on important internal organs." (20)


Medical Findings — Irrefutable Evidence that Endometriosis is a Curable Disease

"It was apparent that there was hemochromatic material scattered throughout the pelvis. There was a cystic structure on the left ovary. Foci of endometriosis was seen on the right ovary and also in the pouch of Douglas.

The area was irrigated and we then grasped the ovary and incised through the cortex attempting to find a plane whereby we could remove the cyst, however, we ruptured into the cyst and it began to leak chocolate material. We irrigated and flushed this area clean?and amputated the cystic portion of the ovary leaving behind a good third to half of normal ovarian tissue on the left side.

"We coagulated the foci of endometriosis on the right ovary and also a few independent foci seen throughout the pelvic basin but there was a lot of brownish golden staining over the bladder peritoneum from presumed leakage of this endometrioma?Final Diagnosis: 1. Endometrioma, left ovary 2. Disseminated Endometriosis (This would be Stage 3 endometriosis)."

"Examination revealed normal tubes and ovaries. There was no evidence of endometriosis in the cul de sacs, ovaries or other areas?"

"Diagnosis: Tissue from uterus: - uterine leiomyoma (see comment)? Comment: Multiple sections are examined?These show the presence of a leiomyoma which shows no significant abnormality microscopically?the case would still be regarded as clearly benign with no potential for malignant activity."

N.B. Had there been endometrial tissue present, the pathology report would have included this information in its findings. The fact that the doctor only makes mention of the myomas (fibroids) is further proof of the fact that the endometriosis is completely gone.