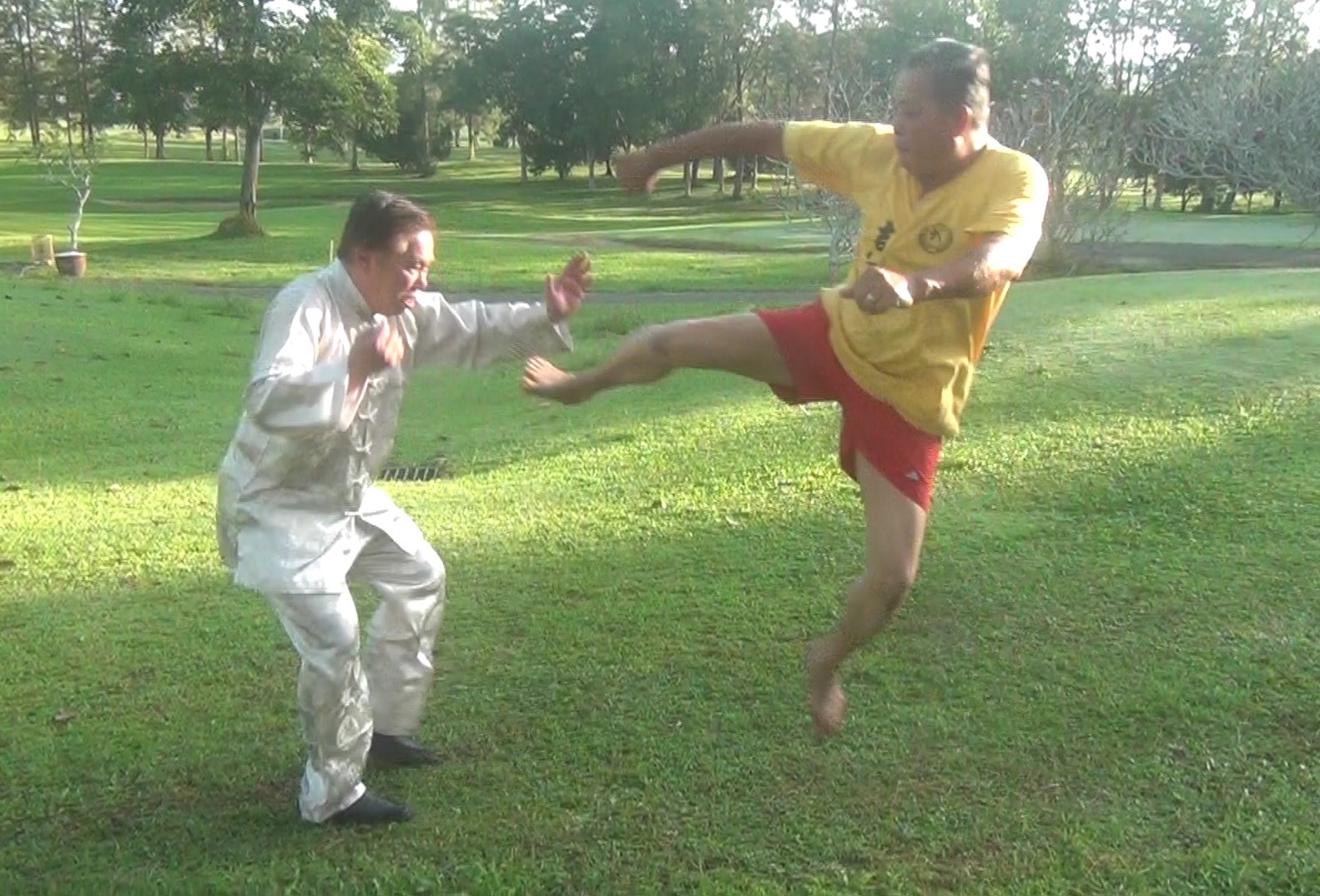 How to be combat efficient

Why some of our Shaolin Wahnam family members could not spar with other martial artists, when I myself had remained undefeated in all my free sparring and some actual fighting, and when I had carefully explained my ever-winning strategy and the 30-oppoent programme in our school? I thought hard about this question for some time, and came to the following conclusions.

This, of course, does not mean that techniques are not important. If a combatant does not know how to counter a kick or to release a grip, for example, he just does not know what to do when an opponent kicks or grips him. This, in fact, often happens in free sparring, where combatants merely exchange blows. But it is not just knowing the techniques. It is how effectively a combatant counters a kick or releases a grip that is more important.

Secondly, many of our Shaolin Wahnam members are not interested in free sparring. They prefer to use kungfu to enrich their lives. This is legitimate. In fact, we place higher priority on enriching our lives than on winning free sparring. Indeed, practicing kungfu is an excellent way to enrich our lives -- if we know how.

On the other hand, we must not make a mockery of ourselves. Kungfu is a martial art, and any art is best practiced the way it is meant to be. In other words, to get the best benefits of kungfu, we have to practice it as a martial art, including developing internal force and combat application. We must use internal force to apply our kungfu techniques for combat. This is actually what we do, though many family members may not be interested in free sparring.

Is an element of threat incompatible to being compassionate? No, it is not incompatible. We can have an element of threat in our free sparring, but we still can be compassionate. We threaten to hit our opponents in free sparring, but whether we really hit them, or seriously injure them, is another question. I would also like to add that if it is necessary to seriously or even fatally injure an opponent, we would do so. After all, kungfu is a martial art, though we use it to enrich our lives.

The fourth reason why some of our Shaolin Wahnam family members who practice kungfu are still not combat efficient is because they do not actually follow my ever-winning strategy and 30-opponent programme, though they may think they do. A good example is joining other martial art schools and learning other martial arts, like Muay Thai, Wrestling and Mixed Martial Arts.

This is exactly what I ask them not to do! They should use their planned combat sequence relentlessly on their opponents, taking care to cover themselves adequately. To acquire combat skills, they should first follow the 30-opponent programme, or a modification of it. They should choose opponents whom they have confidence of beating.

To recapitulate, here are the steps they should do if they want to win free sparring: