THE FABULOUS KING'S ROAD TRIP 2016
THE MAJESTIC CITY OF STOCKHOLM 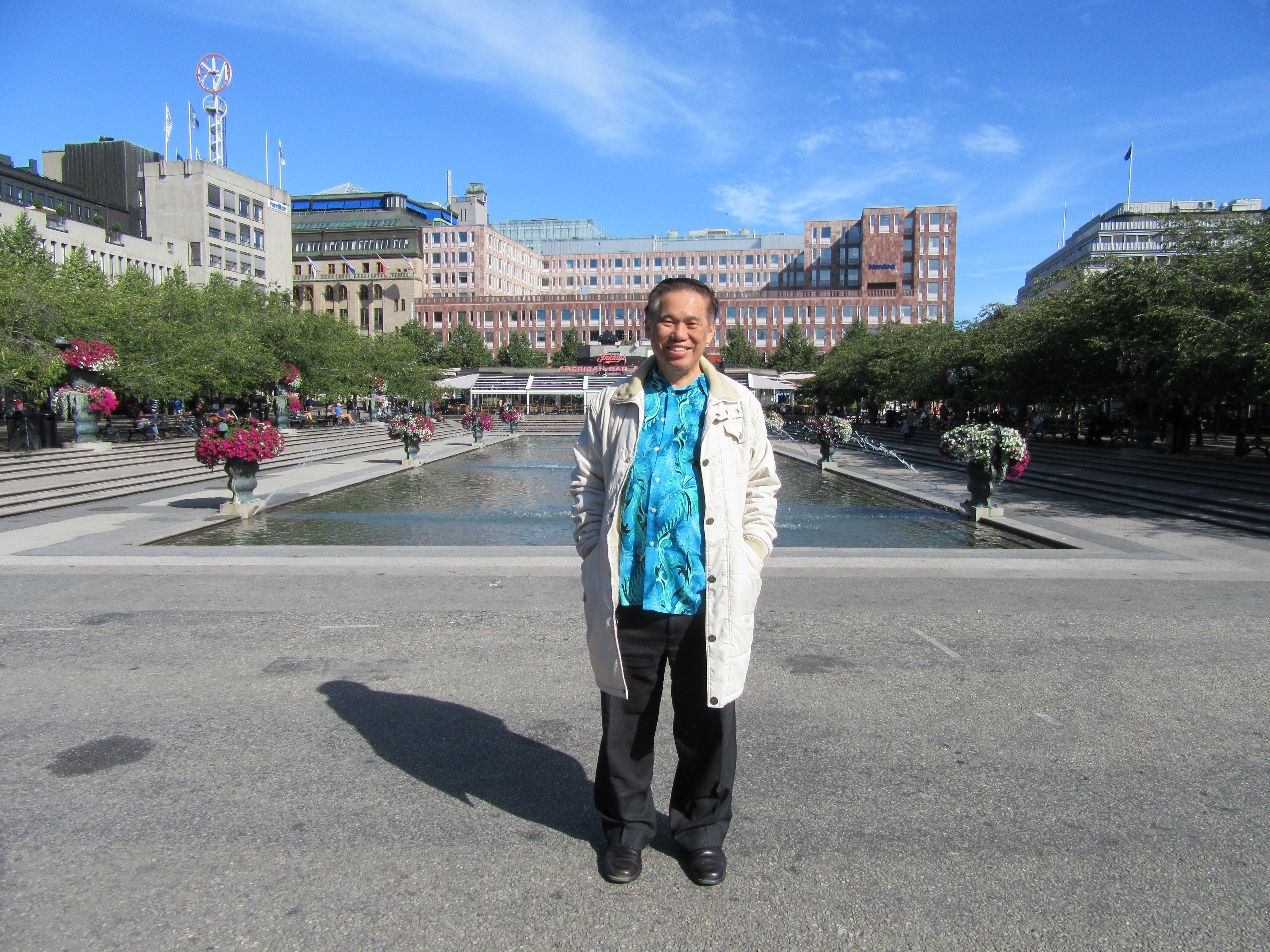 Grandmaster Wong in the King's Garden

Stockholm, the capital of Sweden, is a majestic city. Even when I arrived last night, I could see the magnificence of Stockholm, reflected in its tall, majestic buildings. But today, 1st August 2016, I could confirm its magnificence, seeing the city in broad daylight.

I am lucky to have the opportunity to see the magnificence of such cities like London, Madrid, Paris, Rome and Bejing, manifesting the grandeur and wealth of the British, Spanish, French, Roman and Chinese empires. I have heard of the Swedish empire, but before I came here, I did not imagine Stockholm was as grand as it actually is.

"How magnificent is Stockholm?", Markus asked.

"Honestly, I though it was like other European cities. But its magnificent buildings all at least 5 storeys high, solid and imposing, and built more than a hundred years ago, really manifest its majesty."

"Some of the majestic buildings were constructed in the 18th century, which means they are more than 200 years old."

"It is indeed a great testimony to their engineering and technology that the Swedish people could build such strong, magnificent buildings more than 200 years ago."

"How majestic do you consider Stockholm to be when compared to such cities like London and Paris?" Markus asked.

"There are tall, majestic buildings in London and Paris, but they are separated by smaller buildings. Here in Stockholm every building is tall and majestic, at least five storeys high. In this respect, I consider Stockholm more majestic."

To admire the majesty of Stockholm, we drove around the city and Markus parked his car just behind Saint James' Church, or Sankt Jacobs Kyrka in Swedish. It was built in the 17th century with a Boroque portal. Adjacent to the church stood the Royal Opera House, or Kungliga Operan.

We walked into the "King's Garden", or Kungstradgarden. It was a magnificent garden with rows of cherry or sakura trees alongside a rectangular pool of transparent water. Markus told me that in spring the cherry trees blossomed splendidly in white and pink. In the middle of the garden there was a gigantic fountain with exotic figures from Nordic mythology.

Then we drove to the Royal Palace, or Kunliga Slottet, the official residence of the Swedish king and queen. First we went to the front entrance of the Palace which overlooked the sea. In front there was no entrance for the public, but we were rewarded by seeing a change of guards on duty. Although this change of guards was not meant for public display, it was done smartly and with ceremony.

We entered the Palace by a grand side-door meant for the public to get in. We toured the Treasury that displayed royal crowns, robes and weaponry from as early as the 16th century. We also toured the royal chapel, throne room, banquet room and other quarters used by royal visitors. I must admit that while the Royal Palace in Stockholm was majestic, the Royal Palace in Madrid or the Forbidden City of Bejing was more grandeur.

Around 12.00 noon we went to the old town, or gamla stan, which dated back all the way to the 13th century. As it was free from traffic, we enjoyed walking along small streets filled with souvenir shops and cafes. We had lunch there, and it was mouth-watering.

As we had about an hour left before boarding our boat to Helsinki, we had a hurried visit to the Nordic Museum. It had an impressive display of arts, handicrafts and other items providing an interesting view of Swedish life for the last 500 years.

At about 2.00 pm we arrived at Stadsgrden Terminal at the southern part of Stockholm to board a tourist boat that would take us, together with Markus' car, in an overnight trip to Helsinki. While waiting for our turn to drive the car onto the boat, of course, we had some ice-cream.

On the boat, Markus and I went on deck to wave good-bye to Stockholm, while the boat wound steadily though many lush-green islands with lovely homes. I romantically recalled the last time I took Simu, or Sipo or Sitaipo to some of you, on an overnight boat trip from Genova in Italy to Barcelona in Spain many years ago.

Probably thinking dearly of his lovely wife, Nessa, who flew home a few days earlier, Markus asked me, "Sifu, when was the last time you took Simu on an overseas trip?"

"It must be six or eight years ago before she had to take care of our grandson," I answered. "But, hold it," I continued, "we went to Hawaii together in 2014, and to Alice Springs in Australia last year."

"Frankly, I don't think so. She traveled to please me." 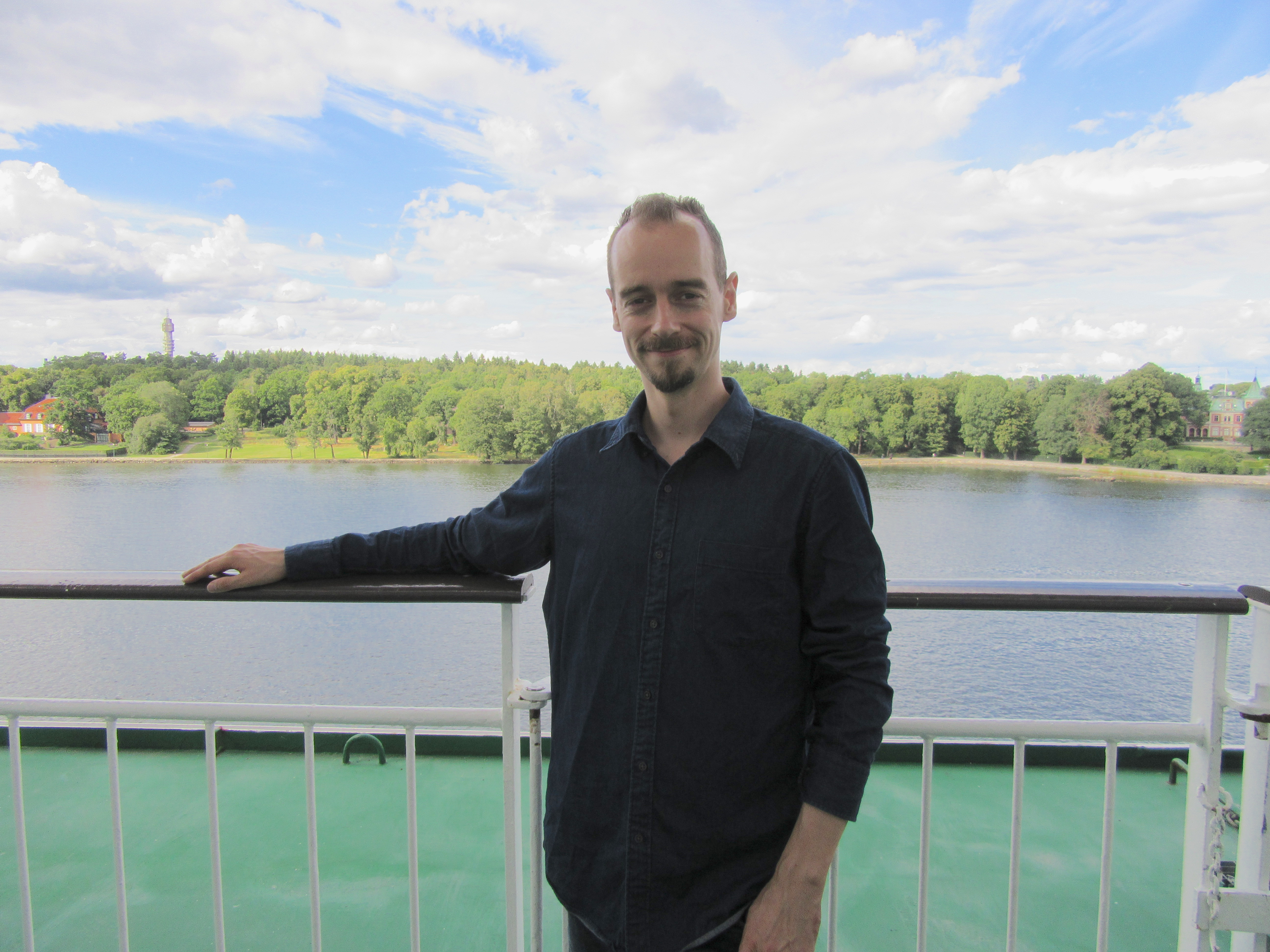 Sifu Markus on the Viking from Stockholm to Helsinki