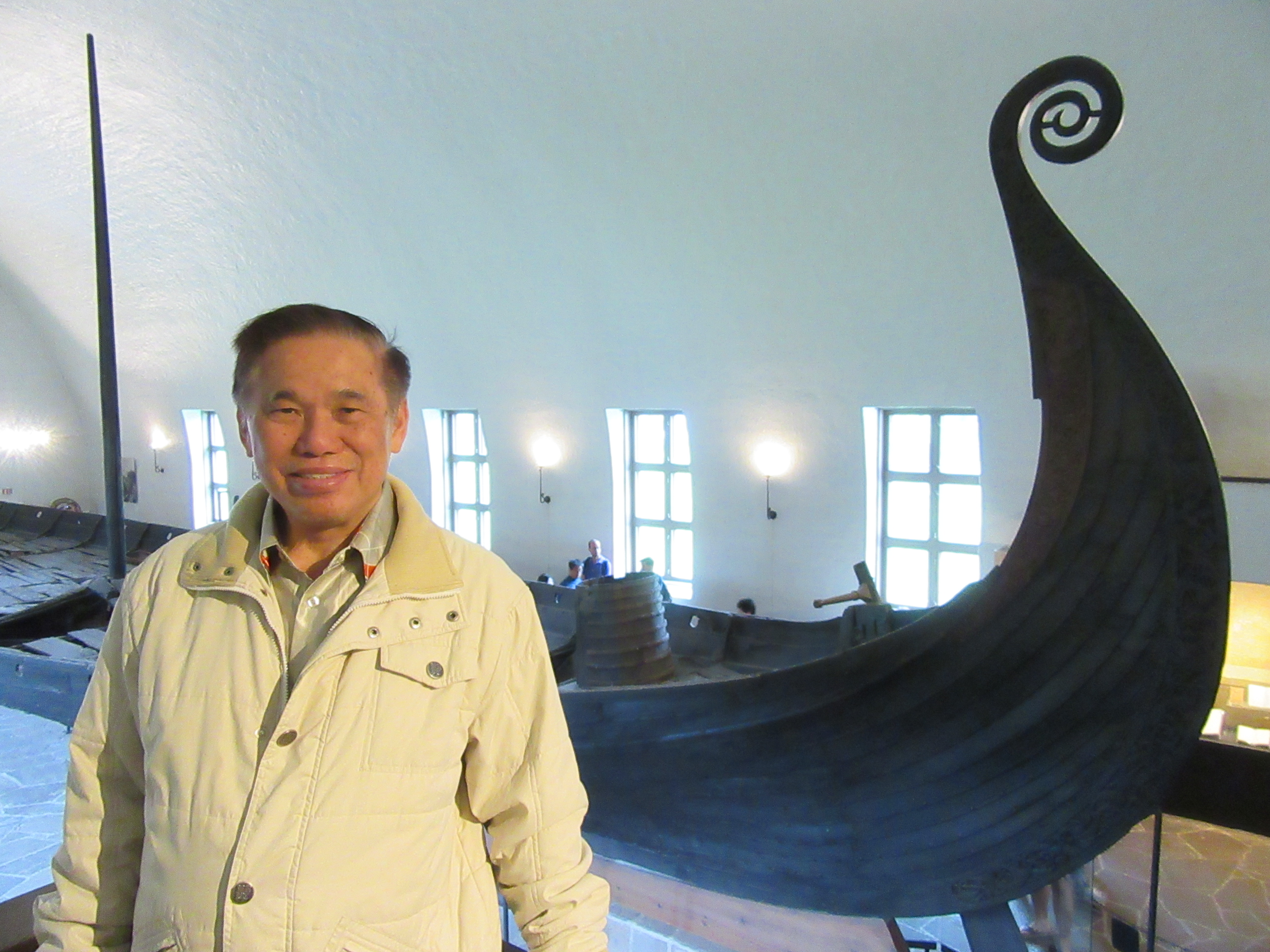 Grandmaster Wong in front of a Viking ship

Today, 29th July 2016, Omar and I went by metro-train and bus to the Bygdøy Peninsula of Oslo where the Viking Ship Museum was located. As we entered the museum we were faced with a real-size Viking ship. Two other Viking ships were also located in other parts of the museum. Vikings were Norse seafarers in the Scandinavian countries from 8th to 11th centuries.

We then walked to the Maritime Museum and the Kon Tiki Museum which were not far away. Walking was not my fancy, but luckily the weather was fine then. Seeing the lush trees on the way, I told Omar that the scene reminded me of my early visits to Australia on the other side of the globe about 30 years ago. 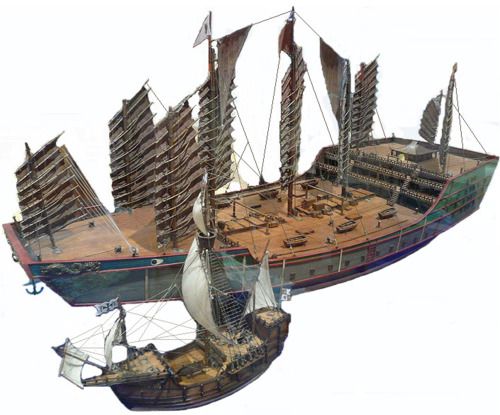 At the Maritime Museum we saw the "Fram", which means "Forward" in Norwegian. It was the ship used by Norwegian explorers, like Fridtjof Nansen and Roald Amundsen, in their Arctic and Antarctic expeditions. In 1922 Nansen was awarded the Nobel Peace Prize for his work on displaced victims of the First World War. Using the Fram, Amundeen was the first person to reach the South Pole in 1912.

We then walked across the road to the Kon Tiki Museum. In the main building of the museum we saw the original raft made of balsa logs that Thor Heyerdahl and five other crew members used in 1947 against all odds and professional advice to cross the Pacific Ocean from South America to Polynesia successfully though haphazardly to prove his theory that people in South America could have settled in Polynesia during pre-Columbian times. The description of the Kon tiki expedition shown in pictures on the surrounding walls was enlightening.

In the evening, Markus drove Omar and I in his car to the Oslo Botanical Garden. Founded in 1814, it belongs to the Natural History Museum of the University of Oslo, and has various divisions like Viking Garden, Willow Sculpture, Green Houses, Systematic Garden, Great Granny Garden, Rock Garden, Herb Garden and Scented Garden. The Garden holds a large and varied collection of tress, plants and shrubs of about 5,500 species. 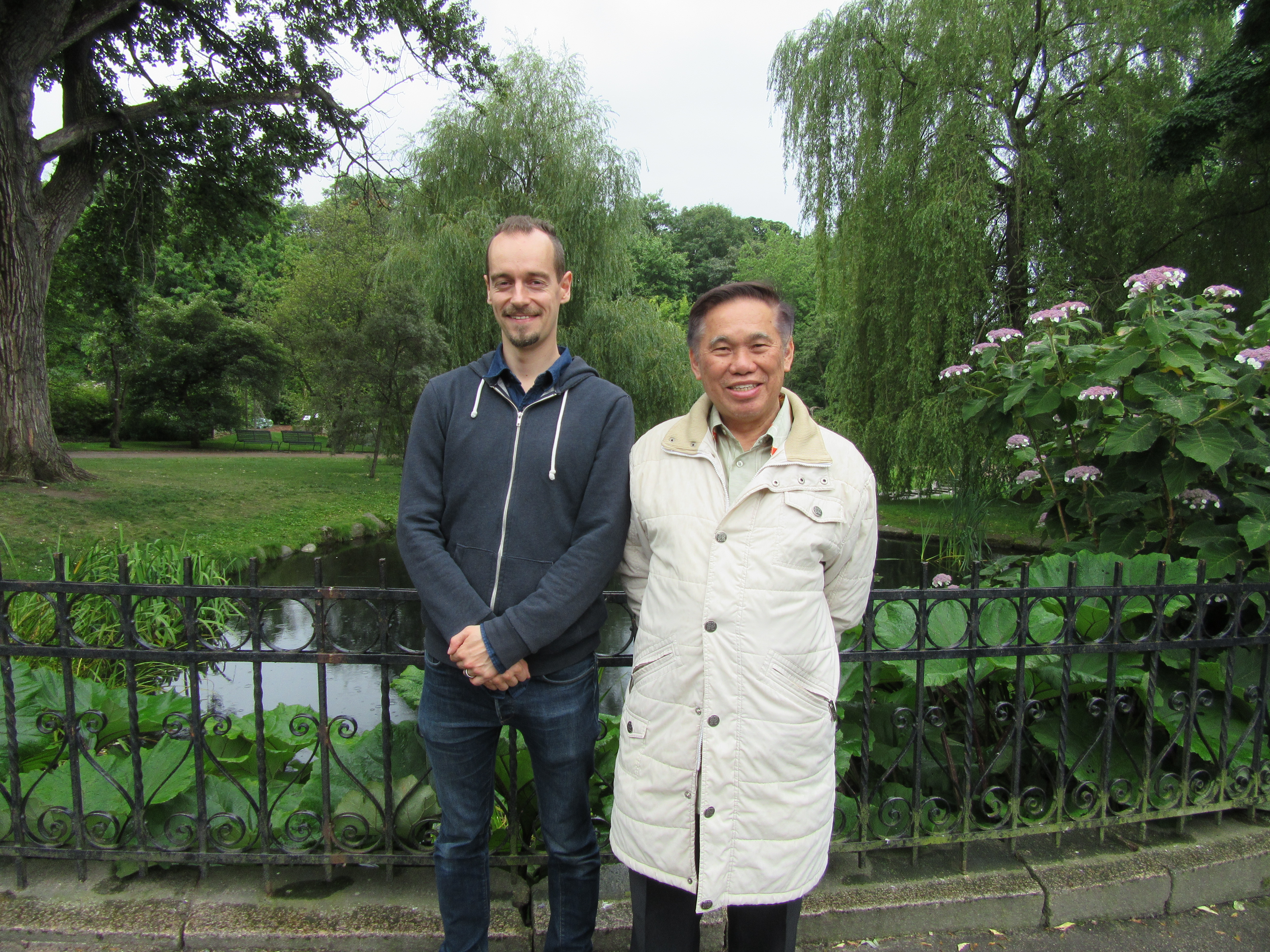 Sifu Markus and Grandmaster Wong in the Oslo Botanical Garden