SOME APPLICATIONS OF DRAGON-TIGER SET 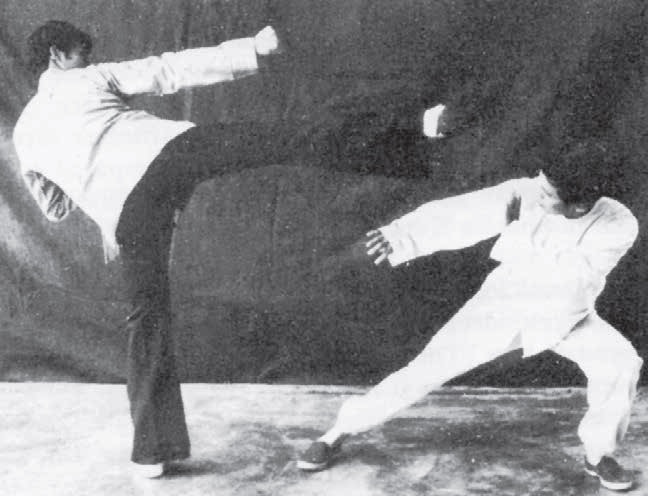 The figures in this section show some of the applications of the patterns in the "Dragon Tiger Set". 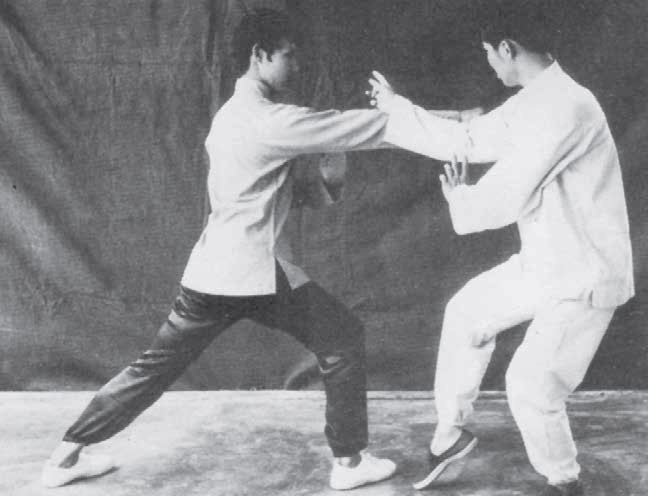 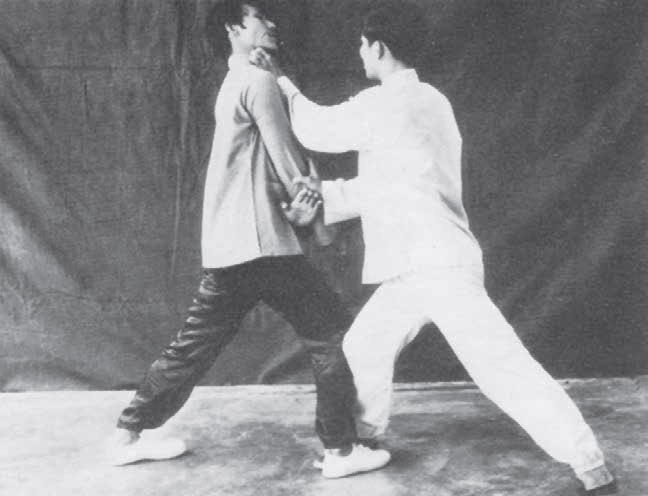 I move in to hook the opponent's throat

In the above photos, an opponent punches me with his right hand. I move slightly to the left and block away his punch with "A Golden Dragon Plays in the Water".

Immediately I move in to hook the opponent's throat with my thumb and index finger. Notice that my right leg "locks" his front leg, and my right hand "locks" his hands, making it difficult for him to counter or retreat. 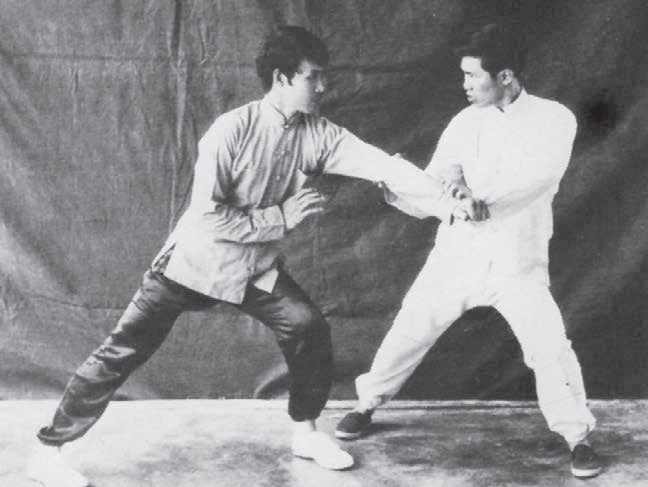 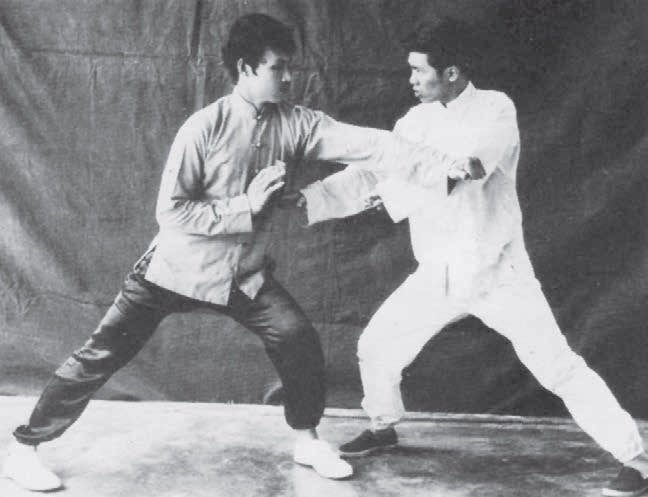 As his stance is firm, I change to jab his side with "A Golden Leopard Speeds through the HungleJ

The above photos show an opponent punching me with his left hand. I use "Lead a Horse Back to its Stable" (Pattern 23), trying to pull him to fall forward. But his stance is firm; I only manage to pull his body forward, without making him fall.

Immediately I change to "A Golden Leopard Speeds through the Jungle" (Pattern 24), jabbing his side ribs with my "leopard" punch.

The photos below show some of the ways in Shaolin Kungfu to counter kicks. 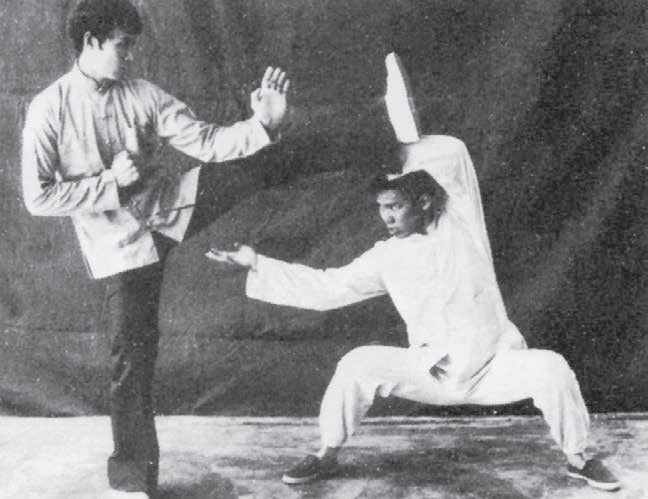