A POEM FOR SPIRITUAL CULTIVATION IN BEAUTIFUL CHINESE CALLIGRAPHY 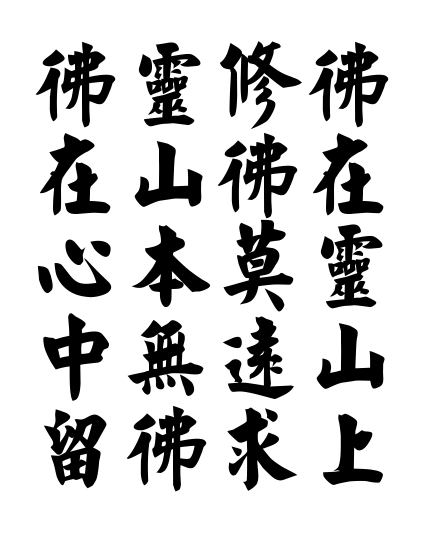 The Poem in Chinese

While in a poetic mood, I recalled a poem about spiritual cultivation recited by a friend about 30 years ago in the 1980s. I could not remember the exact wording of the poem, so I thought I could do better by composing one my own. I composed it in Chinese (Cantonese) as follows:

The Mandarin transliteration, provided by Mark Bholm, is as follows:

The following is the English translation:

Those who are of another religion can replace the word "Buddha" by a suitable word like "God".

It is also worthy of note that "Buhhha" is not religious, i.e. it can be used in any religion. The word means "the Enlightened One". In Christianity, it refers to Jesus Christ.

Mark (Sifu Mark Blohm) of Taiwan has supplied the beautiful Chinese calligraphy for the poem. The Chinese characters are read from left to right, like in English, below: 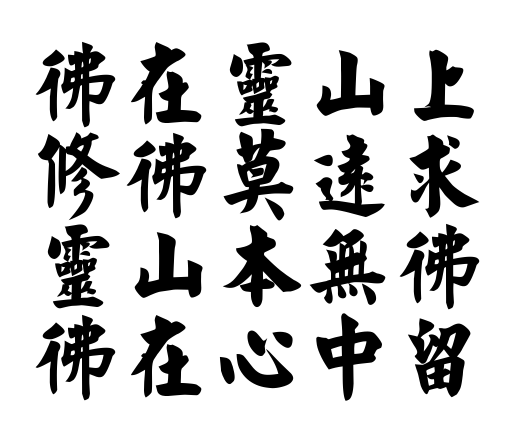 In traditional Chinese, the poem is read from right to left, from top to bottom, as follows: