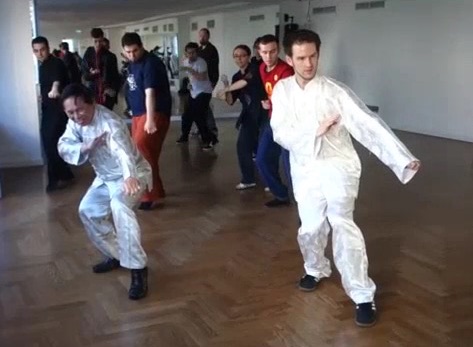 The Shaolin Five-Animal Set provides benefits to practitioners that they may not get from other sets, or from the same Five-Animal Set if they do not know how to develop skills that bring forth these benefits.

The five animals in the Shaolin Five-Animal Set are the dragon, the snake, the tiger, the leopard and the crane.

The dragon form trains mind. It develops presence of mind as well as an invisible force radiates from the mind. Hence, when performing a dragon form, like "Single Dragon Emerges from Sea", a practitioner must be mentally aware of what he is doing as well as radiate a force that is penetrating to other people.

The snake form trains energy. There are two dimensions of energy training, namely letting energy to flow, and building energy to increase its volume. Hence, when performing a snake form, like "Poisonous Snake Shoots Venom", a practitioner lets his energy flow, and increase his energy at the completion of his pattern.

The tiger form trains internal force. There are two dimensions in internal force training, which are flowing force and consolidated force. A practitioner may emphasize one dimension over another, but these two dimensions are inter-related. Hence, when performing a tiger form, like "Hungry Tiger Catches Goat", a practitioner develops his flowing force and consolidated force.

The leopard form trains speed. It also trains muscular strength. Hence, when performing a leopard form, like "Golden Leopard Speeds through Forest", a practitioner must performs his movement fast.

The crane form trains elegance. It also trains stillness. Hence, when performing a crane form, like "Satisfied Reincarnated Crane", a practitioner must be elegant in his movement. He should also be alert and agile when he is still.

These qualities of the Shaolin five animals are inclusive not only in all the animal patterns but also in other patterns without the animal names and in daily life. In other words, when a practitioner is performing a dragon form, not only he has presence of mind and mind power, he also has a good control of his energy, has internal force, is fast and elegant. He should also exhibit these qualities in all other kungfu techniques and in his daily life.

We should transfer these qualities to enrich our daily life.

When you write an assignment, talk to a friend, or perform any physical or intellectual task, you must have presence of mind. This quality if often neglected in daily life. Some people despite their high intelligence, may not answer what you ask them during conversation.

As life is a meaningful flow of energy, a good control of your energy will enhance life in many ways. You will have good health, vitality and longevity, as well as mental clarity and spiritual joys.

When you apply internal force in whatever you do, not only you can perform your task with vigour, you won’t be tired or panting for breath even when you have been performing the task for a long time. The task, here, is not just physical; it can be intellectual. Internal force will enhance your peak performance.

Speed is a very important factor for success. Being fast will enable you to accomplish many things which you may previously thought impossible. But if an activity needs to be performed slowly, you should adjust your speed accordingly, not that you cannot be fast but that it is advantageous to be slower.

You should be elegant in whatever you do, not just in action but also in speech. You are elegant, but at the same time forceful and fast. Elegance is a sign of a master.

Practicing the Shaolin Five-Animal Set with attention to training these qualities will enrich our life in many ways. 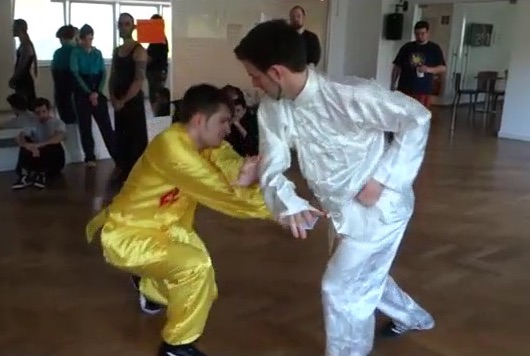