HOW WOULD THE 108-PATTERN SET ENRICH OUR DAILY LIFE 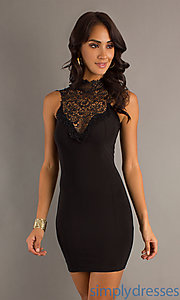 Won't you buy me a new dress? Picture reproduced from here

Sifu how would the 108 Pattern Yang Set enrich our daily lives be it in relationships or business life? In this regard what advantages would this softer more flowing set have over sets that are generally more forceful?

Not just in the Yang set but in a lot of Kung Fu sets there isn't any ground fighting, Sifu why is this?

Let us examine both holistically and thematically how the 108-Patten Yang Style Taijiquan Set can enrich our daily life be it in relationships or in business.

Practicing the 108-Pattern Set, just as practicing any kungfu set, will give us combat efficiency as well as good health, vitality, longevity, mental freshness and spiritual joys.

Although we do not want to physically fight in a relationship or business life, the benefits we get from kungfu training like the 108-Pattern Set are enriching. For example, in kungfu training it is very important to respond correctly and spontaneously in a combat situation. If an opponent executes a kick, for example, you shift your body backward to avoid the kick using "Striking Tiger Poise", then move in immediately to fell him using "Carry Tiger Back to Mountain".

Some people may think that all martial artists learn this, i.e. responding to a combat situation correctly and spontaneously. They should, but in reality most of them don’t. Today if an opponent gives Taijiquan practitioners, or more appropriately Taiji dancers, a kick, most of them do not know what to do. They may not even realize they have to respond to the situation correctly and spontaneously.

If an opponent gives martial artists a kick, some of them would bounce away, and many would ignore the kick to move in to exchange blows. In other words they do not know how to respond to the situation correctly and spontaneously, though they may move away and wait for the next combat situation or fight back frantically.

When this occurs everyday for a few years or even a few months, a pattern of thought and action becomes internalized, and affects relationships and business life, usually unconsciously. So when his girlfriend or wife gives a Taiji dancer or a martial artist a kick, like telling him that she does not want to talk to him anymore, the Taiji dancer just stands there like a fool, and the martial artist shouts back with unpleasantries. They do not know how to respond correctly to a (non-physical) combat situation.

(For our female readers, “girlfriend” or “wife” reads as “boyfriend” or “husband”, together with other relevant changes.).

Our students who have learned Taijiquan or Shaolin Kungfu from us would respond correctly and spontaneously. They would shift their body back, without running away, and immediately move forward and fell their opponent, in this case gently, onto the floor, like pausing with a smile then sweetly saying “I shall talk to you then.” It is difficult for a girlfriend or wife not to be charmed by such a resourceful boyfriend or husband.

It is not without good reasons that our students routinely report enhanced relationship and business life. They rightly attribute the enhancement to good luck, or good circulation of chi. Our kungfu students reading this answer here will know another major reason. The benefits from their training in combat application have enhanced their daily life in both personal relationship and business.

Needless to say, good health, vitality, longevity, mental freshness and spiritual joys greatly enhance relationships and business life, though many people may not realize it. A person with knee injuries due to his Taiji dancing is less likely to make his girlfriend happy on a date, or his wife happy just remaining at home. A businessman angry at himself and his classmates in generous exchange of blows in free sparring, or blocked in his energy flow due to grimacing his face and tensing his muscle in solo practice in many martial arts, is less likely to make his customers as well as his own employees happy in his business life. 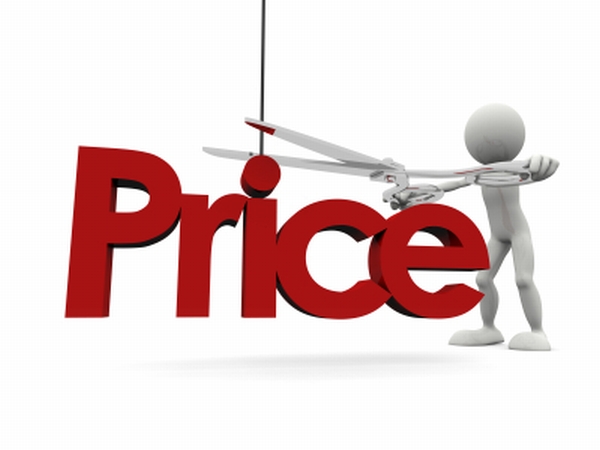 What would you do if your competitors cut prices to compete with you. Picture reproduced from here

From the thematic perspective, the 108-Pattern Set makes practitioners gentle, graceful and flowing. It is excellent in manifesting the principle of following an opponent’s momentum, then turning it against him, or in the context of relationship or business life, leading a boyfriend, husband or customers by the nose for their benefit. It is very important that the philosophy and practice must be "for their benefit", or at least for your mutual benefit.

I have discussed this philosophy and applied the practice in many Taijiquan classes, like in Spain and Japan, where our ladies, of course, were enthralled, but I shall repeat it here with different examples.

When an opponent throws a punch, a Taiji dancer would not know how to respond and be hit. A martial artist of other styles would block the punch head on. Our Wahnam Taijiquan practitioners would ward off the punch following its momentum, lead the opponent and then turn it back, and fell him onto the ground, not by wrestling with him but by off-balancing him, all in one smooth, graceful flow. Many of our petite feminine students were pleasantly surprised when they fell big-sized able-bodied males.

When a boyfriend or husband gives a Taiji dancer a punch, like saying the dress she is wearing is horrible, she does not know what to do and feels hurt. A martial artist of another style would fight back, saying that the shirt and trousers he is wearing are horrible too, and they may start to quarrel. A Wahnam Taijiquan student would sweetly say, “Ah, you have good taste. Won’t you take me to a shop and buy me a pretty dress now? Please don’t peep while I change.”

Other more forceful sets, like Triple Stretch and Choy-Li-Fatt, may not have these advantages. A practitioner of these sets may counter-strike the punch, like saying "You have to learn to like my dress if you want to take me out." It is better than being hurt or fighting back, but not as elegant and superior as getting your boyfriend or husband to buy you a new dress.

In our school, due to the advantage of breadth and depth, we can make a forceful set like Triple Stretch or Choy-Li-Fatt graceful and flowing, but the 108-Pattern Set has a relative advantage.

So, the training at the 108-Pattern course will enable you not just to merely ask your boyfriend or husband to buy you a new dress like a helpless lamb, but to speak with such charming power that he cannot resist.

If a business rival badmouths you saying that your product or service is unsatisfactory, instead of not knowing what to do like a Taiji dancer, or badmouthing him back like other martial artists, as a Wahnam Taijiquan practitioner you take your rival’s publicity as free advertisement and tell people to buy your product or service to find out for themselves and in the unlikelihood they are dissatisfied, they can have their money back.

Ground fighting occurred in sport, like in “xue jiao” or Chinese wrestling, but not in real fighting. For ground fighting to happen, an opponent has to first take you to the ground. In a real fight, which was not uncommon in the past for which these kungfu sets were trained, if an opponent is so silly to attempt taking you to the ground, you would have smashed his head or broken his spine.

If he is so skillful that he can take you to the ground before you can smash his head or break his spine, there is no need for him to go to the trouble of ground fighting. He could have struck your groin or broken your legs. If he spares your groin and legs, and mounts on you, you can still poke his eyes, or if his face is too far away, you can jab your palm into his ribs.

Kungfu gymnastic or dance masters are correct when they give such answers when asked what they would do if an opponent attempts a shoot, for example, to take them onto the ground, or when an opponent is already pinning them down. The problems is that they don’t have the skills to do so, or even the techniques when an opponent simply punches or kicks them.

Shaolin Kungfu is all comprehensive. I have often mentioned, and in the process made some people angry, that all techniques in other martial arts, including ground fighting, are found in Shaolin Kungfu, except most Shaolin practitioners today have not progressed advanced enough to use them.

Even in a real fight, you and all our Shaolin Wahnam members would not want to smash your opponent’s head or break his spine. There are techniques in the 108-Pattern Set to prevent an opponent taking you onto the ground without resorting to these drastic actions. Do you know what these techniques are? We shall practice them during the 108-Pattern course.

To have some fun, we shall also let our sparring partners pin as down, and borrow two techniques from Drunken Eight Immortals to overcome two situations, one being pin-downed spread eagle, and the other with face upward. These two techniques, using the same combat principle, can overcome any pin-down!

The 108-Pattern Yang Style Taijiquan Course in Ireland is going to be a lot of fun, besides bringing many benefits. 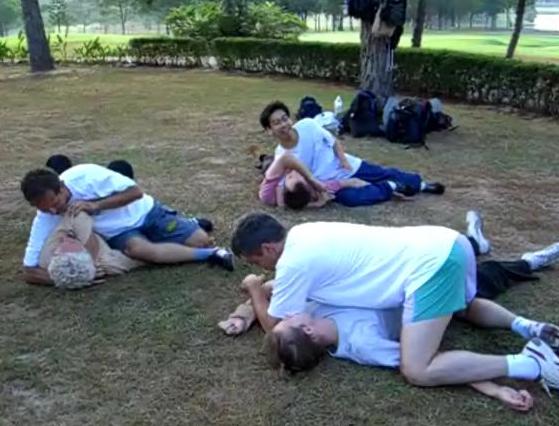 Competent Taijiquan teachers are examples of what they teach