IS THE 108-PATTERN SET
A GOOD CHOICE TO SPECIALIZE IN? 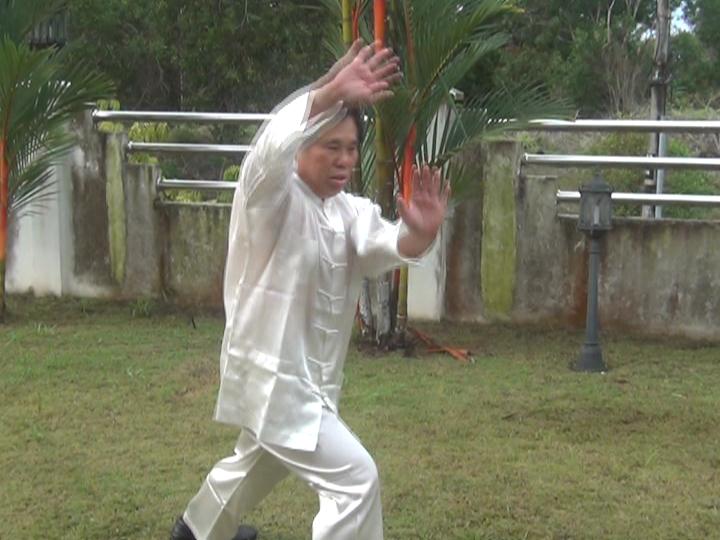 As a set to eventually specialize in, would the Yang 108-Pattern Set be a good choice over a set like the Flowing Water Floating Clouds Set?

In a de facto situation, that is a real situation many people are facing today, the Yang Style 108-Pattern Set is a good choice to specialize in over a set like the Flowing Water Floating Clouds Set.

But in a de jure situation, that is an idealized situation that most people do not have a chance to be in, the Yang Style 108-Pattern Set is not a good choice over a set like the Flowing Water Floating Clouds Set.

There are two main reasons why we practice any martial art. One is to be able to defend ourselves, and two is to have good health.

Taijiquan masters have classified the benefits of Taijiquan training into three progressive categories. At the fundamental level, Taijiquan practitioners have good health, at the intermediate level they are combat efficient, and at the highest level they attain spiritual joys.

Hence, if all martial arts, including Taijiquan, are available, and students can derive the benefits the arts are meant to give, presuming the time, effort and expenses were equal in their training, it is wiser to choose Taijiquan that gives three categories of benefits which are good health, combat efficiency and spiritual joys, than other martial arts, like Karate and Boxing, that give only two, which are good health and combat efficiency.

This is a de jure situation. In a de factor situation, suspending considerations for time, effort and expenses for the time being, most other martial arts do not even give good health and combat efficiency to their practitioners, though some do. Even a student may have access to a few martial arts that do give good health and combat efficiency, it is still wiser for him to practice Taijiquan or any other kungfu style taught in our school or elsewhere if he can find it that also provides spiritual joys besides the two stated benefits.

In this given de factor situation when a student has a choice of a few martial arts that give him all the three categories of benefits of good health, combat efficiency and spiritual joys, considerations of time, effort and expenses become significant. In this respect, irrespective of whether a practitioner will eventually specialize in the Yang Style 108-Pattern Set or just practices it as part of his spread and depth dimension, attending the Yang Style 108-Pattern Set course in Ireland from 17th to 20th February 2014 is not only a good but an excellent choice.

Although the fee will be higher than that of most other Taijiquan courses elsewhere, students will get much more than their money’s worth. On the other hand, the time and effort required in the training are much less than those in other schools.

The simple reason is that elsewhere students may not have good health and combat efficiency, and have only minimal spiritual joys. Often they have knee injury, and almost always they are unable to apply the set for combat. Their spiritual joys, by comparison with ours, are minimal, like relaxation and socialization, but not the joy and zest for life, a deep sense of family love, and often a life-changing glimpse of Cosmic Reality.

Being quite sure of attaining these wonderful benefits is a main reason why the Yang Style 108-Pattern Set is good for specialization. In other words, as the opportunity to attend the course is available, if a student (or an instructor) grasps the opportunity, continues to practice the set on his own and specializes in it, he has a very good chance of attaining high levels of good health, combat efficiency and spiritual joys.

Another main reason why the set is good for specialization is that it covers excellently all the four dimensions of martial art, namely form, skills, application and philosophy. The form is elegant and graceful. Many valuable skills, like using minimum force against maximum strength, and starting later arriving earlier, are developed. The set is adequate to handle all forms of attack, and is also valuable for non-combat everyday purposes. The set incorporates a rich philosophy which can enhance our daily life.

In other words, because the Flowing Water Floating Clouds Set is structured for combat efficiency, practitioners specializing in it are not only more healthy than those practicing the Yang Style 108-Pattern Set as the health requirements of a combatant are higher than those of an ordinary person, they are also better fighters in physical combat as well as in daily life.

Relatively, while the focus of the Yang Style 108-Pattern Set is on health, and the focus of the Flowing Water Floating Clouds Set is on combat, the focus of Wudang Taijiquan is on spiritual cultivation. Leaving spiritual cultivation aside for the time being, if all other things were equal, using methods from Wudang Taijiquan is more cost-effective than using methods from the Yang Style 108-Pattern Set or from the Flowing Water Floating Clouds Set for health as well as combat. Why? As it is the climax of all martial art developments, the best methods are found in it. 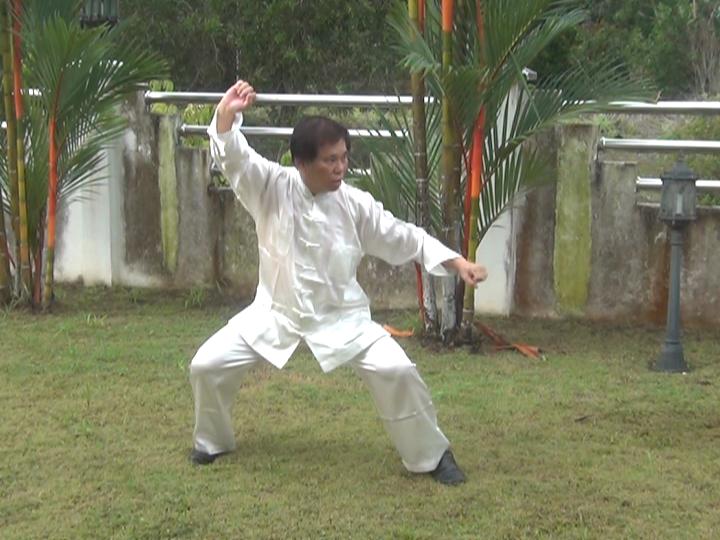