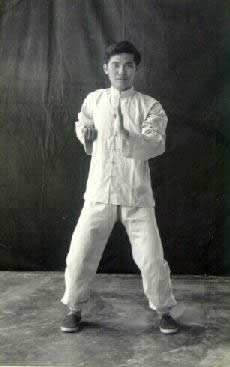 Is the Wooden Dummy (or its equivalent) found in any other style of Kung Fu?

The wooden dummy only seems to be synonymous with Wing Choon Kungfu, but is not. In Choe Family Wing Choon practiced in our school, for example, we do not need a wooden dummy.

I myself was a living example. When I learned Southern Shaolin from Uncle Righteousness in Penang, I hit a wooden dummy really hard every night. Then I applied medicated vinegar to relieve injury and to strengthen my arms. My arms were hard and powerful compared to ordinary people, and even compared to other external martial artists.

But when I learned Wuzuquan from Sifu Chee Kim Thong in Dungun, my arms were literally nothing compared to the arms of my classmates. My classmates did not hit any wooden dummy. They developed internal force using San Zhan. After knocking arms with them, my arms were badly swollen and had to be in medicated bandage for a week.

Later when I learned Shaolin Kungfu from Sifu Ho Fatt Nam in Kuala Trengganu, I developed internal force using One-Finger Shooting Zen. When I was posted to Alor Star I met a Shaolin master who trained Iron Arm externally. He attempted to impress me with his Iron Arm by banging his arm against a pillar which literally shook.

But I was not impressed. He might be annoyed. He asked me to knock arms with him. He swung his arm hard on mine, perhaps wanting to break my arm. He didn’t know I had trained Golden Bell. The harder he knocked at my arm, the harder it bounced his arm back. He could last only two hits!

When I learned Choe Family Wing Choon from Sifu Choe Hoong Choy, there was a wooden dummy in his house where we trained. There was also a wooden dummy set. But in a few years training there, I saw only a few students practicing with the wooden dummy.

I doubted Yim Wing Choon, the founder of Wing Choon Kungfu, and its early masters like Leong Chan, practiced with a wooden dummy. They developed internal force through Siu Lin Tou.

I don’t know how or from where the wooden dummy originated in Wing Choon Kungfu. Personally I do not find many benefits practicing with the wooden dummy. Practitioners may harden their arms, but not necessarily increase their striking force.

Hardening arms and increasing force are quite different, and many people may not realize it. Practicing Siu Lin Tou as an internal art produces much more internal force and powerful arms than hitting a wooden dummy. In my opinion, the best benefit of practicing with a wooden dummy is to improve accuracy in striking.

The wooden dummy is also found in Choy-Li-Fatt and Hoong Ka Kungfu, especially when these styles are practiced as external arts. 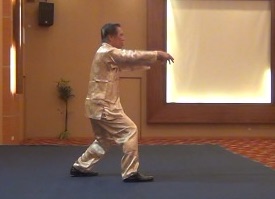