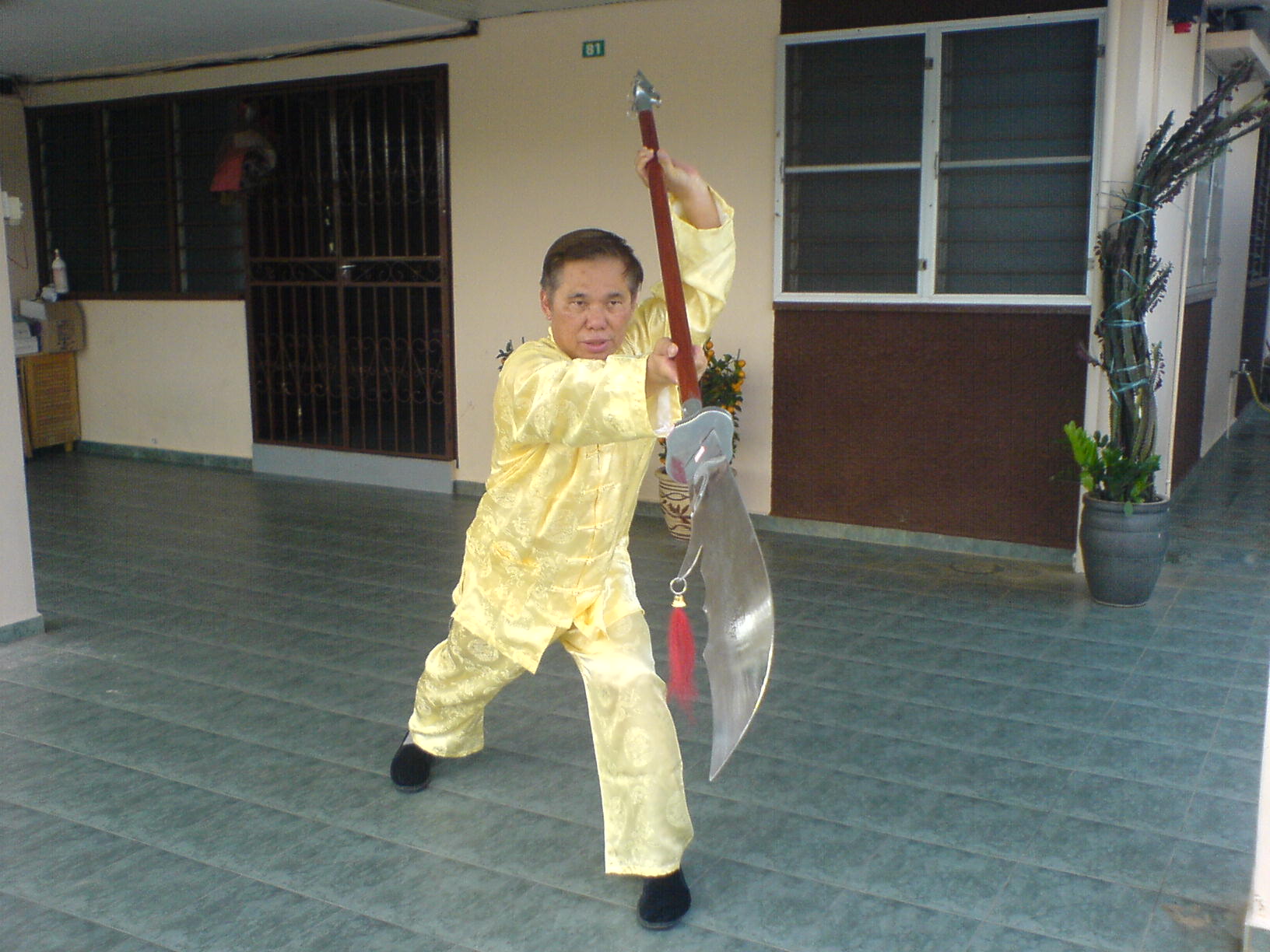 Shaolin Kungfu has an amazing range of weapons, much more than other martial arts. In my young days, I spent a lot of time practicing and studying kungfu weapons. I knew more than 20 weapon sets.

I was quite good at weapons. Indeed I felt more confident defeating other masters in weapon combat than in unarmed combat. Hence, I am keen to pass on the legacy of kungfu weapons to our school.

The traditional term, “Eighteen Types of Weapons” was frequently used in kungfu classics. Actually there were more than 18 types of weapons, and each type of weapon had a few variations.

In the modern list of 18 types of weapons above, the first nine weapons are long, and the remaining nine are short. Battle-axe, big-trident, halberd, spade, hand-axe, rod and round-hammer are heavy weapons, whereas spear, crescent-moon spear, staff, lance, roped spear, scimitar, sword, hook-sword, soft-whip. clutch and dagger are light weapons.

Besides these regular weapons, there were also extraordinary weapons and secret weapons. Extraordinary weapons were tailor-made to suit the special needs or whims and fancies of particular users, like antler -hooks and wolf-teeth cudgel. Secret weapons included darts, sharp coins for throwing, knives hidden in boots and protective gear hidden underneath clothing. 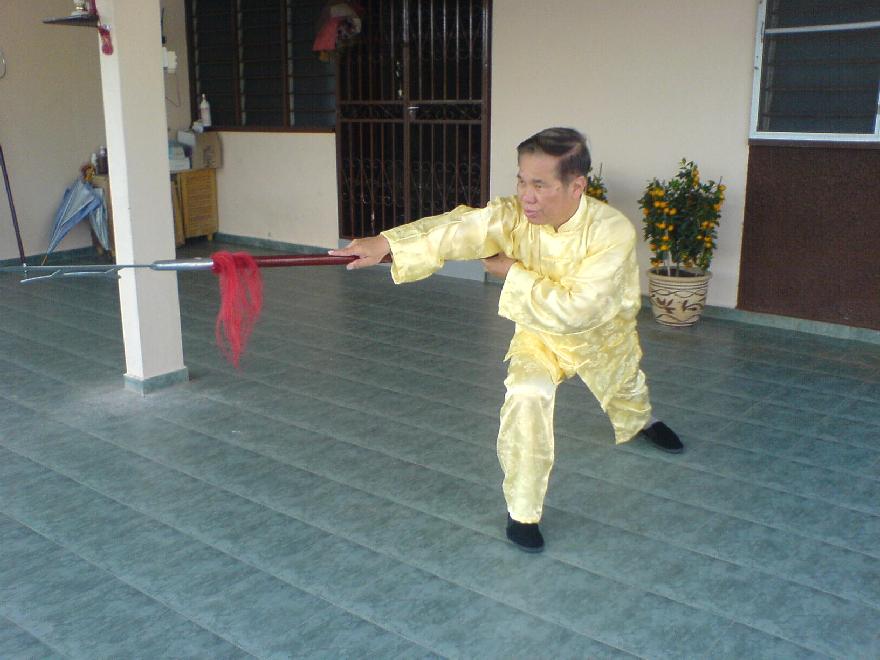