THE FOUR DIMENSIONS OF KUNGFU, CHI KUNG OR ANY ART 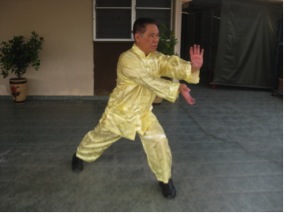 When I first learned the Horse-Riding Stance, it was at the form level. This is the normal introduction to kungfu for almost all kungfu practitioners. In other words, when people first start to learn kungfu, almost all of them would start with kungfu form. Only a few, because of various reasons, may start with skill, application or philosophy.

For example, after being amazed by a master’s vitality despite his age, a person may ask, “Sifu, you are so full of vitality. Can you please teach me how to have half your vitality, or even a quarter?”

If the master is generous, he may teach him the Three-Circle Stance, and then say, “Practise this every day for a year.”

If this person, unlike 90% of other people who may ask a similar question, practises the Three-Circle Stance every day for a year, he may have a quarter of the master’s vitality. In this case, this student starts his introduction to kungfu through skill, though he still needs form to develop his skill, and he may not realise that he is taught kungfu.

Our Shaolin Wahnam students are an exception. When they start to learn kungfu or chi kung from us, they are introduced to all the four dimensions of form, skill, application and philosophy. When our students learn kungfu, they do not just learn the form, but also the skill of right spacing and right timing, applying the kungfu patterns for attack and defence, and how their kungfu training can enrich their daily life. When our students learn chi kung, they do not just learn the form, they also generate an energy flow, feel fresh and energetic, and know why chi flow contributes to their good health, vitality and longevity.

Not only kungfu and chi kung, but all arts, ranging from the simple art of asking your secretary to write a letter to sending a ship into space, may be classified into the four dimensions of form, skill, application and philosophy. Understanding these four dimensions and putting them into practice will enhance any art we practise, and more significantly our daily life.

A salesperson earning $2000 a month and another earning $20,000 a month use the same form, or technique, but their skill level is vastly different. More important in making their life meaningful is how they apply their earning. Whether they use the $2000 or $20,000 for liquor and gambling, or for making their family happy depends much on their philosophy.

While Shaolin Wahnam students have all the dimensions introduced to them when they first learn kungfu or chi kung, it took me more than 20 years since first learning kungfu to realise these dimensions. Considering that most kungfu and chi kung practitioners do not realise this useful classification at all, 20 years is a short time.

This useful classification did not happen all at once. It was evolved, and it is rewarding to trace its evolution historically. 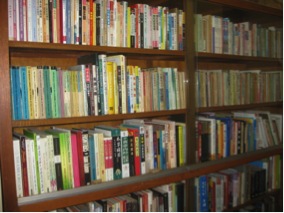 A section of my library of kungfu, chi kung and other books which provided me with a sound understanding of their philosophy