DUNGUN BY THE SOUTH CHINA SEA 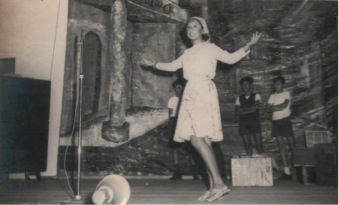 My days in Dungun were some of the happiest in my life. The school I taught in, Dungun English Secondary School, was a co-educational school with boys and girls of all races, especially Malays, Chinese and Indians which were the three main races in Peninsula Malaysia, of ages between 12 and 18.

One memorable event was that I produced a play in the school based on a popular movie, “My Fair Lady”. Another memorable event was taking students of the History Club of the school for a holiday visit to the historical city of Malacca and the West Coast of Peninsular Malaysia, a responsibility many teachers might not want to shoulder as it involved looking after people’s children for many days away from their homes – at a time when mobile phones and internet were unknown.

Many of the students still remembered me long after they had left school. On one occasion, I was in Kuala Lumpur, the capital of Malaysia, and I knew there were many old boys and girls of the school working there. Mr Ooi, a former colleague who taught in the same school during my time and who had moved to Kuala Lumpur, organised a get-together for me with some old boys and girls.

Mr Ooi told me that everyone had confirmed his or her attendance except one person whose name I could not remember.

"He told me before that he would always remember you."

I was quite surprised.

"What did I do to him? Was he very naughty in school, and I punished him severely?"

"Nothing of that sort," Mr Ooi said. "You paid his exam fees."

"I paid his exam fees?" I could not remember anything like that.

"Yes, he told me that he was very grateful. He said he would be forced to leave school had you not paid his exam fees."

Ah, that prompted me to recall. One day, during my teaching in the school, the headmaster held a staff meeting to finalise the total number of students taking an important public examination. One teacher reported that a student in his class did not pay his examination fees, and therefore could not sit for the examination.

"Didn't you ask him for the fees?" the headmaster asked.

"I've asked him many times, but still he has not paid," the teacher replied.

"Doesn't he know that we have to submit the list of candidates today, and if he doesn’t pay, he can’t take this important exam?'

"I told him that, but he said his father was poor and could not pay," the teacher said.

Everyone was silent, and seemed not know what to do.

I broke the silence.

I remember at the time I was both surprised and dismayed. I was surprised because it was actually a small matter. The school or someone could pay the fees first. I was dismayed because this was not done.

I was then still under training and only had an allowance, half of which I sent home for my parents and the other half was just enough for my expenses. Some other teachers, though they might not have a fat salary, could have an income twice or three times more than me.

While teaching in Dungun, I was very active in table tennis, training various teams of the school to be champions of the state. Once I was playing table tennis with a colleague when the topic of martial art came up. As a kungfu lover, I talked highly of kungfu with the other teachers listening in awe. Another teacher, named Chew, who practised Taekwondo was probably annoyed with my glowing accounts of kungfu, and suggested to have some free sparring with me. Of course, I was actually quite happy with an unexpected opportunity to spar with a martial artist of another style. 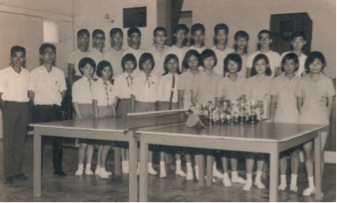 The school’s table tennis team, girls’ team and under-fifteen team of Dungun English Secondary School that became champion teams taught by me and another teacher