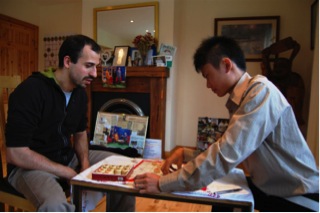 There was an occasion when I became a college hero, but not in the right circumstances. For a few days previously, there were talks of a prowler disturbing female teacher trainees in the college. The female teacher trainees were, of course, scared, to the extent that they dared not move about alone, even in their own quarters, and they moved in groups or at least in pairs and often carrying sticks with them.

One night, I was playing Chinese chess with a fellow teacher trainee. Besides kungfu, I also had other hobbies, one of which was Chinese chess.

“A prowler,” they said frightfully, pointing towards the floor above. I rushed up the stairs and saw on the other side of a long corridor a figure in a white robe with a white hood totally covering his head, holding a lantern in one hand and a staff in the other. I raced towards the figure, ready to handle him although he had a staff in his hand.

I gripped the figure’s right arm that was holding the staff. “Got you,” I shouted. Surprisingly, the figure was very calm, and did not fight back or attempt to run away. By then, a few other teacher trainees, both male and female, had gathered.

The figure slowly put down the lantern and took off the hood with the left hand, as I was still gripping his right arm. It was a woman, an American woman. Not only an American woman, she was an expatriate lecturer coming to the college to teach us English Language and Literature.

I was shocked, but managed to say, “I’m sorry. I thought you were a prowler.”

“I’m the one to say sorry,” she gallantly and calmly said. “It’s Halloween night, and I thought of going round to give some sweets. I should have known better as there have been talks of a prowler going around.” 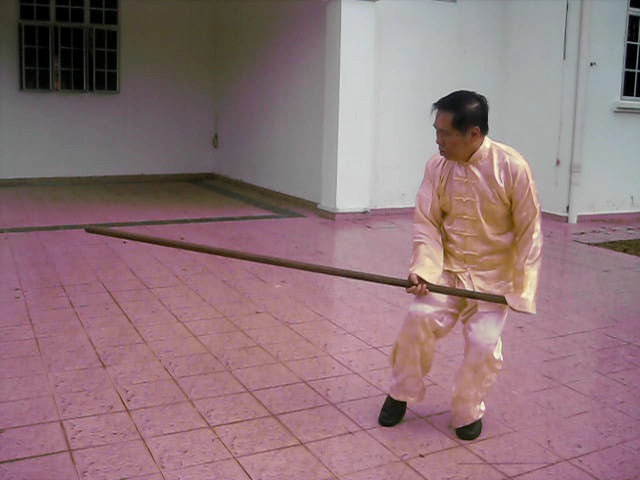 The Chin-Wah Staff, which comes in a video with the Special Edition of the Autobiography. But it was not the staff the "prowler" held.