HOW DO WE FLICK OUR FINGERS IN SINEW METAMORPHOSIS? 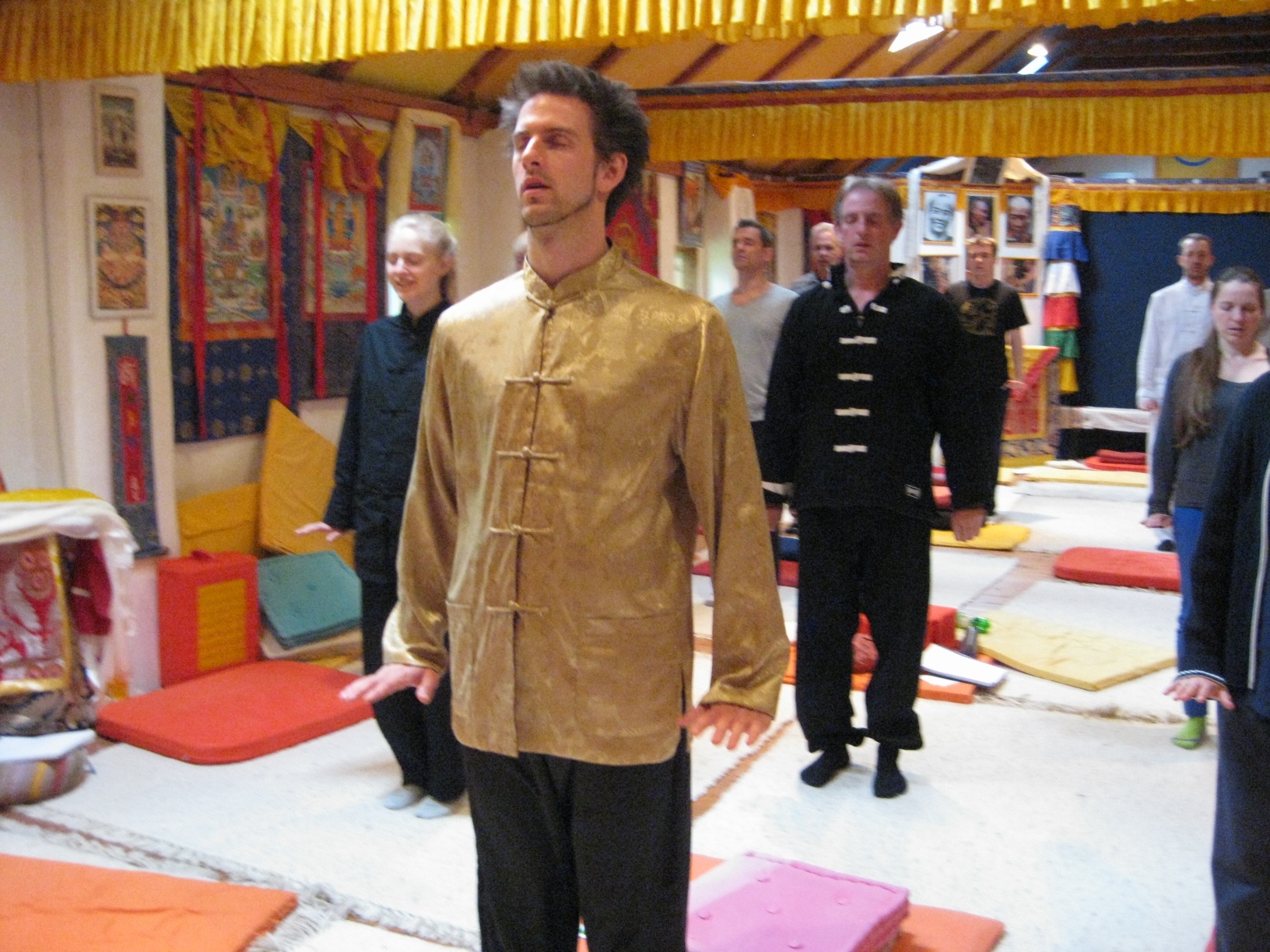 My question would have been asked many times already, probably on the forum, and definitely on courses I have been on. To be honest I have had it answered by Sifu and by instructors, and in person but I still never got it. I was, and am not, concerned because there are so many other exercises that I do 'get'! But I thought, for posterity, it would be good to address as one of the 10 questions. I also realise it will not really be possible to fully answer it with words probably, so maybe Sifu can give us some general advice to bear in mind before we practise the exercise on a course.

Hence, if you just flick your fingers 6 times while performing Sinew Metamorphosis, and the whole exercise would take you about 10 minutes including entering into Zen and enjoying a very gentle chi flow, you would produce more internal force and mental clarity than many other practitioners outside our school performing Sinew Metamorphosis for about an hour everyday for 10 minths.

Most people outside our school may think we are boastful but I am just stating the truth. If a typical student attending a regional Sinew Metamorphosis course like one in the coming UK Summer Camp can produce more internal force and mental clarity in 10 minutes than what I did in my student’s days for 10 months, it is not unreasonable to estimate that most other practitioners would attain a result similar or inferior to mine in my student’s days because I was considered by other chi kung and kungfu masters as an exemplary student who produced better and faster results than most other practitioners.

Why do our students take only 10 minutes to produce more internal force and mental clarity in practicing Sinew Metamorphosis, like flicking fingers, in 10 minutes that what most other practitioners take and I myself took 10 months? There are a few reasons, but the most important and crucial reason is that I transmit the necessary skills to them within 10 minutes of their practice, instead of they having to take 10 or more months to develop the skills themselves.

Skills are usually more important than techniques in getting result. You may know the techniques of Boxing very well but unless you have the skills, you are not going to become a good Boxer. This fact is actually glaring everywhere, but most people may not realize it. Many practitioners, for example, have practiced kungfu or chi kung for years and their kungfu and chi kung techniques are correct, but they sill cannot have good results in kungfu and chi kung, like applying their kungfu techniques for combat or enjoying good health, vitality and longevity, because they don’t have the necessary skills.

If you understand this underlying philosophy, you may realise that your question whether you should flick your fingers physically or mentally is irrelevant. Let me give you another analogy. Suppose your television station is broadcasting dances on Channel 3, and a drama on Channel 7. It doesn’t matter whether you use 3 fingers or 5 fingers, or for fun, you use your mouth to turn to the respective channel. If you turn to Channel 3, you get dances, if you turn to Channel 5 you get a drama. If you turn to other channels you won’t get the transmission from the television station.

If you recall carefully, you may remember that except for clarification I have never asked students in a Finger Flicking exercise to flick their fingers physically or mentally. But I ask students to stand upright and be relaxed, and not to think of anything. I ask them to life their finger as much as they can at a right angle to their arms. When they are ready, I ask them to flick their fingers gently, but without any reference to flicking physically, emotionally, mentally or spiritually.