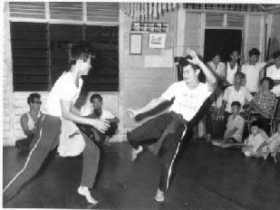 Restoring the glory of kungfu has been an important aim of our school. Our Grandmaster has made winning free sparring competitions using genuine kungfu, without being injured, as one of the two themes of 2012.

The Free Sparring Competition Committee is set up for this purpose.

To achieve the vision, we have set the following direction with a dateline for accomplishing each task.

We look forward to working with the worldwide Wahnam family in achieving this noble aim!