BLESSINGS BY GRANDMASTER HO FATT NAM AND OTHER DIVINE BEINGS 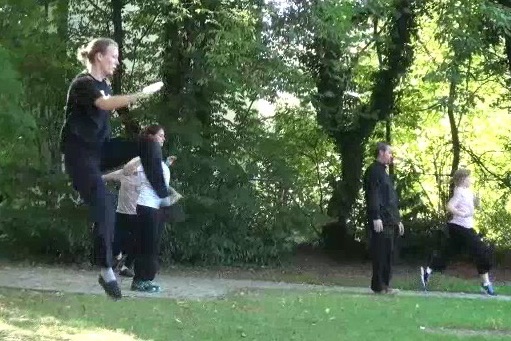 Is Sitaigung one of the Immortals? How did he become one of them? Is it possible that we, in our school, receive his blessing? Is there any way we can express our gratitude to him?

If we use the term “immortal” to mean a heavenly being whose life span is “eternal” by human standard, as we normally use the term, yes, my sifu, Sifu Ho Fatt Nam, is an immortal. His earthly life as Ho Fatt Nam was a reincarnation of the immortal, Golden Boy. On hindsight, now I realize why my sifu always looked so youthful even in his ripe old age.

I don’t know how my sifu, in one of his early lives, became an immortal as Golden Boy. It must have happened long ago.

My sifu in his later years told me that he was a reincarnation of Golden Boy, and it was supposed to be a secret. He did not specify that I kept it a secret, but he asked me not to reveal it indiscriminately so as to avoid unnecessary criticism.

But now I feel it is only fair that our Shaolin Wahnam Family members know the truth. The truth is that my sifu personally told me he was a reincarnation of Golden Boy, and I knew for a fact that my sifu never told lies. Of course, as it is a tradition in our school, no one is obliged to believe it if he is skeptical.

Actually I myself do not know much about Golden Boy. I also do not know whether Golden Boy was the same as Red Child who is often worshipped as a god of wealth. But I know that my sifu was not wealthy, despite his very high levels of accomplishment in kungfu and healing.

Yes, it is not only possible but we, in our school, do receive his blessings. Again, many other people may be cynical about this statement, but many divine beings, like the Bodhisattva of Great Compassion, Immortal Li, and the 18 Lohans, actually have come to our classes and courses to bless us.

It is legitimate to ask how we know of these blessings by divine beings. In principle it is the same as asking how do you know when a mentor has visited your house, or a doctor has cured you of an illness. The answers to all these questions are the same. We know from direct experience.

It is appropriate to mention that such blessings from divine beings are often not isolated happenings to a particular individual. Many people in the same class or course also have the same experience.

A good way to show our gratitude to their blessings is to live the type of life that they will be proud of us. Bodhisattva of Great Compassion is famous for her great compassion. Immortal Li is kind and helpful to others. The 18 Lohans are peaceful and happy. My sifu was outstanding for his clear sense of conscientiousness.

So if we exhibit these qualities in our daily life, like being compassionate, kind, helpful, peaceful, happy and have a clear sense of conscientiousness, we can express our gratitude to them. In practical terms we live by our Ten Shaolin Laws. 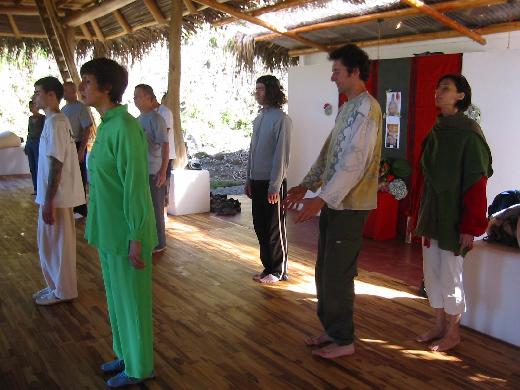