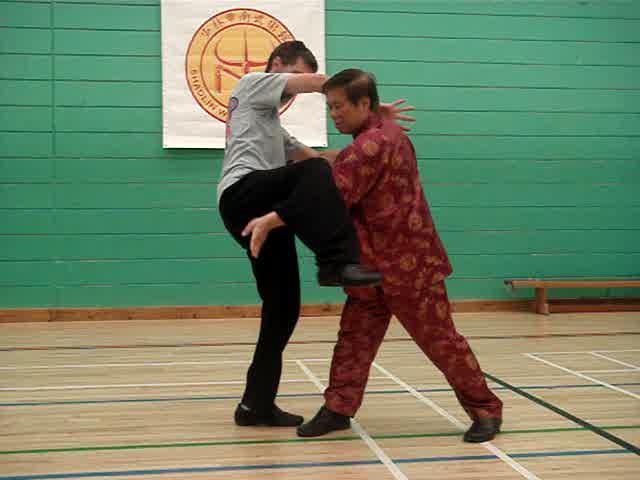 Did he learn kungfu after he fought Muay Thai, or had he already started learning kungfu before that? If the latter, did he find the kungfu assisted him in Muay Thai, and if the former, how did the transition occur, did he meet a great kungfu master and get a demonstration of his skills, or hear about this master through reputation.

And then finally the crux of the question. I wonder how long Sigung Ho had to practise kungfu before he could reach and surpass his Muay Thai level with his kungfu level, and how long it would have taken one of his students to do the same?

I am thinking, perhaps Sifu would have to speculate or guess part of the answer above, he may not have specifically ever asked Sigung Ho these questions. I would like to hear what Sifu would speculate, but if Sifu feels it better to answer other questions to which he has more concrete answers I would completely understand.

Also, and I have added this as an edit after re-reading everything, perhaps these questions do not apply so much to chi kung aspects taught in this course specifically, so again if there are more appropriate questions I would completely understand if Sifu answered those instead.

To try to make my question into a more chi kung aspect related question, I would ask the same thing except I would ask in terms of chi flow and internal force. How long did Sigung Ho take before the internal force derived from his chi kung made him a more powerful fighter than he had been as a Muay Thai fighter?

I have no doubt that my sifu, Sifu Ho Fatt Nam, was a professional Muay Thai fighter. But I have no records of this belief. I don’t have any evidence, not even a photograph, though my sifu liked photography as a hobby.

I guess at these facts or opinions (if the events really happened, they were facts; if they did not happen but I thought they did, they were opinions) from circumstantial evidence. He told me that he had many cameras in his young days, that his cameras were sophisticated and expensive, and that he loved photography.

Like wushu artists, professional Muay Thai fighters were, and still are, in their teens or early twenties. By twenty five they would have retired due to injury. The difference between professional Muay Thai fighters and wushu artists was, and still is, that the former fought for money and usually did not like their art, whereas the latter perform for free and usually like what they did.

My sifu, even when he was beyond forty, was very good and fast at Muay Thai, far better than what I expected amateur Muay Thai practitioners were. Our students are quite proficient in countering Muay Thai attacks because I taught them so. And, of course, I learned the counters from my sifu.

But the most important reason I believe my sifu was a professional Muay Thai fighter was because he told me so. My sifu never lied.

Muay Thai fighters were not well paid. But their pay was enough for them to feed themselves and their father’s families. Thailand was poor, and professional Muay Thai fighters came from the very poor. Their lives were also very harsh.

I am not sure whether my sifu, when he had started teaching, had professional Muay Thai fighters as his students, but I don’t think so. Some of my classmates practiced Muay Thai before as a hobby, not as a profession. As expected, they had a poor opinion of Muay Thai though most other kungfu practitioners fear Muay Thai fighters.

I am also not sure whether my sifu learned kungfu before he became a professional Muay Thai fighter. I believed he did, but it was low-level kungfu.

My sifu knew of my sigung through my sigung’s reputation even when my sigung kept a very low profile. My sifu did not get any demonstration of kungfu skills from my sigung. Great kungfu masters in the past normally did not demonstrate.

All my sigung taught my sifu for over two years was One-Finger Shooting Zen, with some Shaolin patterns very occasionally. My sifu did not know the purpose of practicing this fantastic art. He practiced it daily and diligently because his sifu told him to. He learned an invaluable lesson earlier. He missed the opportunity of learning the Art of Lightness from another sifu, so when he had a rare chance to learn from my sigung, my sifu did not want to miss the opportunity.

I don’t know for how long my sifu had to practice Shaolin Kungfu before he surpassed his Muay Thai level, but I guess at most it was a matter of months. With my sifu’s intelligence and experience, it could be a matter of days. My sifu was not a national professional Muay Thai champion. He only reached a district level. But he was highly intelligent, and had much kungfu as well as fighting experience.

My siheng, Yong, took only a few healing sessions watching my sifu’s students practice while being treated by sifu for his leg injury, to give up a chance to become a top Taekwondo practitioner in the country to learn Shaolin Kungfu from my sifu. Students attending my intensive kungfu courses learn techniques to counter Muay Thai attacks in a few days. But of course they have to practice diligently on their own to have the skills. But others who do not know the techniques may practice for years, and still fear Muay Thai fighters.

The training methods of my sifu, which we now learn, were internal, and the internal force generated was very powerful. I believe that in one year the internal force derived from his chi kung training would make him a more powerful fighter than he had been as a professional Muay Thai fighter.

When compared to us in Shaolin Wahnam, amateur Muay Thai fighters are not very powerful, though they are powerful when compared to ordinary people. Amongst themselves they exchange blows quite generously. If they were powerful, just one kick would fell a combatant, just as one strike without holding back from our students with substantial internal force would damage an opponent seriously.

There are better use of our internal force than damaging an opponent, though we must not be afraid to use it if it is absolutely necessary. Fortunately it is usually not necessary. Even many kungfu practitioners may not realize it, the best uses of internal force is to give us good health, vitality, longevity, peak performance and spiritual joys. 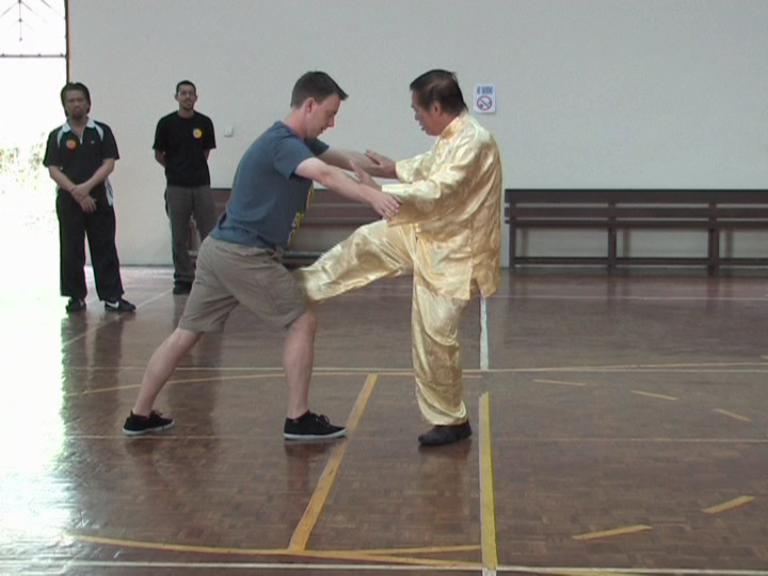 Muay Thai is a sport, Shaolin Kungfu is a fighting art

The above discussion is reproduced from the thread Legacy of Ho Fatt Nam -- 10 Questions to Grandmaster Wong Kiew Kit.