APPLYING CONSOLIDATED FORCE OR FLOWING FORCE ACCORDING TO DIFFERENT SITUATIONS 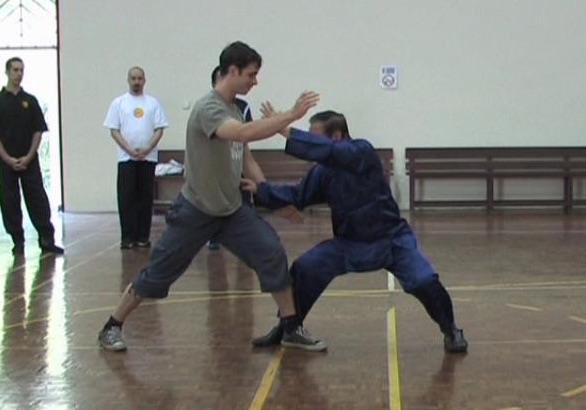 Consolidated force is used when striking an opponent

From past experience of crossing hands with some of my seniors within our school, I have had the privilege to receive some glimpses of differing manifestations of force:

Which of the two categories of 'consolidated' and 'flowing' force do these descriptions fall under?

Why are there so many varying manifestations of force?

Which is better to use to manage the above manifestations, consolidated or flowing force?

In the second example above, electric burning entering the body during crossing hands is classified as flowing force. The force of your sparring partner flowed into you. But if he focuses his force to consolidate it, the burning electricity may become an impenetrable tube with a core of iron.

When a sensation of prickly needles of an opponent flows into you during crossing hands, you can force him back using consolidated force, or fell him onto the ground using flowing force.

Instead of grasping or gripping him, you can strike his arm which is like an impenetrable tube with a core of iron if your force is stronger. If your opponent is stronger, you can lead his arm to futility using flowing force.

You may use consolidated force to break both the muscular exterior as well as the solid interior of your opponent if you are more powerful. Or you can use your flowing force to penetrate his exterior and interior hardness, like electricity penetrating a bell. Otherwise use flowing force to lead his attack to futility.

Use consolidated force to intercept an opponent’s solid yet gentle way, and break its flow. If you use flowing force, you have to first flow with the opponent, then turn the momentum back on him.

The examples show that consolidated force is recommended when you are stronger. If the opponent is stronger, flowing force can neutralize him and then counter attack. 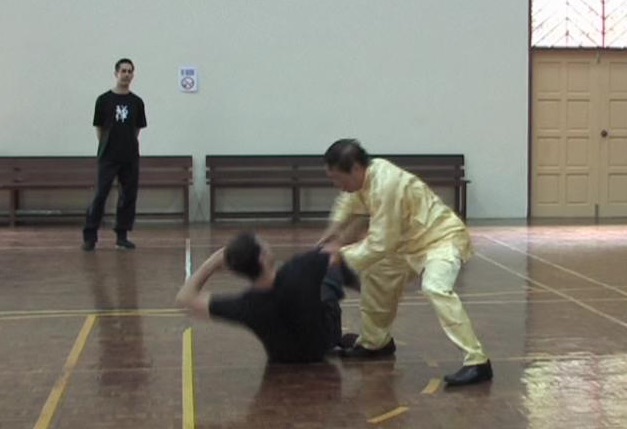 Flowing force is used when felling an opponent onto the ground