WISE WAYS TO DEAL WITH BETRAYALS 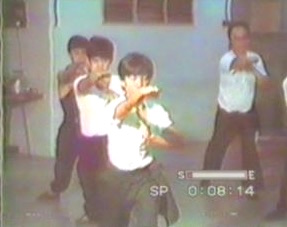 Shaolin Wahnam Association in the 1980s

How to deal with betrayal?

It happens sometimes even in good, long term relationships, and causes a lot of pain.

Is it wise to keep it going in reason of children?

There are different types of betrayals. Betrayals can be between friends, between husband and wife, between father and son, and between master and student.

To be forgiving, indifferent and angry represents three typical responses to a situation, which are good, average and bad. In real life, when betrayed, very few will be forgiving, almost none will be indifferent, and almost all will be angry. Some may want to take revenge, and a few, if not angry, will be sad.

But I have classified the responses into three categories because they are the usual responses to situations. In some situation, such as health and attitude towards chi kung, most people will be indifferent, some good and some bad.

Although forgiving betrayals in our school forms the majority, it is a rare minority in general. As mentioned earlier, very few people in societies will forgive betrayals, almost all will be angry, and almost none will be indifferent.

How do victims harm themselves if their response is bad, if they are angry or want to take revenge against betrayals? The negative energy resulting from their bad response will clock up their natural energy network and bring about illness. In fact, in my many years of chi kung healing, I have discovered that a lot of so-called incurable diseases are due to blocked emotions. Even if the victims are not clinically sick, the energy blockage will affect many aspects of their daily life. Obviously, it is unwise to be sick or to have poor results in daily life.

When a victim is angry, wants to take revenge or has any manifestations of a bad response to a betrayal, he (or she) not only negates compassion but actively approaches cruelty. It is not just subjective, i.e. cruel people may argue that to be cruel is better than to be compassionate, but cruelty brings harm as it causes energy blockage. Obviously, it is foolish to cause harm to himself.

On the other hand, leaving aside altruism which we believe in and value highly, wisdom and compassion bring benefits. Indeed, many people have kindly commented that I am wise and compassionate. I owe these desirable qualities to being forgiving.

Yes, even in a good, long term relationship, a betrayal sometimes happens, and it causes a lot of pain. But with wisdom and compassion, which we learn from our school, we can much minimize the pain. At an advanced level of our development, we may even change this problem of betrayal into an opportunity for development!

My own experience may serve as a useful lesson. You can read the details from my autobiography, “The Way of the Master.”

About 30 years ago in the 1980s I was bitterly betrayed by a chi kung master and some senior students of Shaolin Wahnam Association. I helped the chi kung master in some difficult situations, and offered him a post as a chi kung healer in a company I set up with two other partners. Yet, he betrayed me – bitterly.

Yet, they all betrayed me. I transformed from a highly respected master to a bad guy in town, especially when I supported a world known master, Sifu Yan Xing of China, in distant chi transmission.

But I forgave all of them. I changed their betrayals to opportunities for improvement. These senior disciples were the push factors for my travels overseas and subsequently established Shaolin Wahnam Institute. Chi flow, a hallmark of our school, was much influenced by the chi kung master who betrayed me.

I forgave all of them and wished them well. One of the betrayers, who is not one of the three senior disciples mentioned above, but whom I specially taught Choe Family Wing Choon Kungfu when he requested it, would have died if not for my chi kung healing – at a time when his betrayal was still fresh.

There was an interesting episode. A few years ago, students of former Shaolin Wahnam Association organized a dinner in my honour. As I entered the door for the dinner, an elderly, cheerful man came out to greet me. He looked familiar but I could not remember him. Later, another disciple told me that the elderly, cheerful man was the one who betrayed me, the one whom I saved with chi kung healing. He renounced the world and dedicated himself to spiritual cultivation. I was glad that he was happy. 30 years ago when he was my student, he hardly smiled.

Whether it is wise to keep a relationship despite a betrayal for the sake of their children, depends on numerous factor, some of which are the life philosophy of the victim, how serious was the betrayal, and the age and understanding of the children.

Suppose a wife had sexual affairs with another man, and the husband found it out, the husband may forgive his wife if he loves her dearly and the wife stops the affairs. After all, in modern societies there is no guarantee that a man or a woman does not have prior sex before marriage. If the husband has a poor philosophy of life and dislikes her, it is a valid reason, or an excuse, to divorce her, irrespective of whether they have children.

If the husband is sexually inadequate but loves his wife dearly, and the other man is good, it is wise to keep the relationship, not only for the sake of their children, but also for the pleasure of his wife and the other man, as well as his own happiness despite his inadequacy. If they have no children, or if the children are big and understanding, he can divorce his wife after making sure the other man will marry her.

If their children are small and the husband is sexually capable, but the wife finds it more pleasurable to have sex with another man, it is wise to pretend not to know although he knows of his wife's extra-marital affairs. He can have sex with his wife whenever he can, or have sex with other women when his sexual urge is demanding.

Such wisdom is rare. Most husbands will quarrel with their wives, and everyone involved suffers.

The questions and answers are reproduced from the thread 10 Questions on Happy Family Life in the Shaolin Wahnam Discussion Forum.