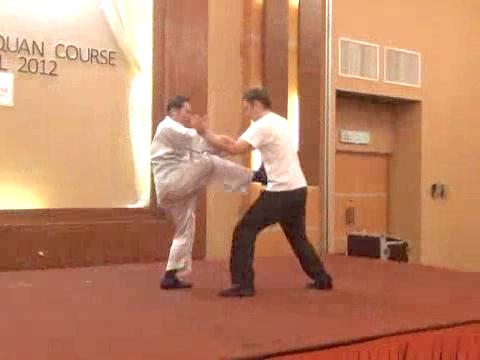 One of the highlights of the Intensive Taijiquan Course in Penang from 6th to 12th April 2012 was the confirmation of our sparring methodology.

Grandmaster Wong said he was very disappointed that despite his sharing with them a great secret which enabled him to win all his sparring and fighting, especially in his younger days when he went looking for free sparring with other martial artists, many Shaolin Wahnam students and even some instructors not only did not follow his advice but did exactly what he asked them not to do, though they believed in what he said and never meant any disrespect. 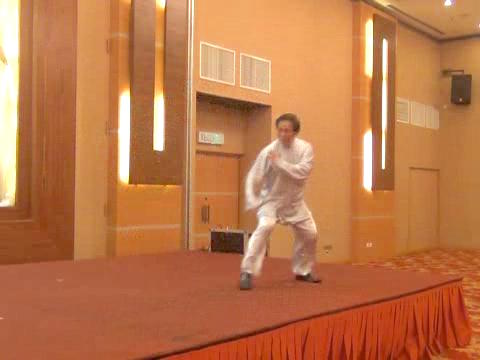 They bounce about and use individual patterns (instead of sequences) as what Grandmaster Wong has specifically asked them not to do!

The video below shows the difference between bouncing away and staying at their stance. 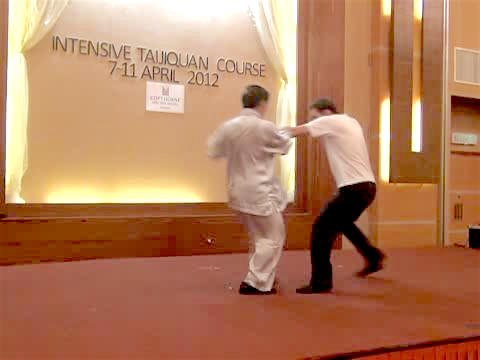 The result of throwing away your stance

The video below shows what will happen if you use a single kungfu pattern and then moves away, as what many Shaolin Wahanm students and some instructors still do when sparring with other martial artists or even free sparring amongst themselves. This is a big mistake. If you do not correct this mistake, you will not be able to win free sparring competitions. 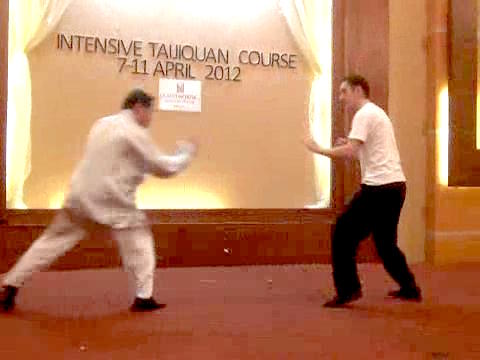 This will happen if you do not follow the Grandmaster's advice, usually unwittingly

What should you do?

Grandmaster Wong has been telling you the secret all the time, yet many of you still have not followed it.

Choose any sequence you like. Practice it 30 times a day for three months. Then just apply the sequence on your opponent.

The following video shows the effect. Grandmaster Wong purposely slowed down the speed so that participants at the Intensive Taijiquan Course could see the movement. Can you tell what sequence is this? Yes, it is Taijiquan Basic Combat Sequence 7.

The inspiration was that course participants tried out the strategy for about half an hour. All of them reported remarkable improvement in their combat efficiency.

The video below shows Santaigo using the infallible strategy on Dominic. 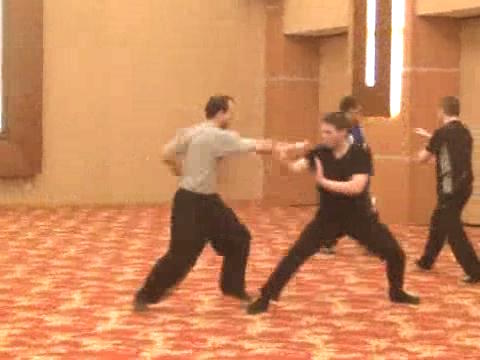 Imagine your result if you put the strategy to work for three months. You will overcome the mockery of not being able to fight despite learning one or both of the two greatest martial arts.