WHAT IS THE ESSENCE OF SHAOLIN? 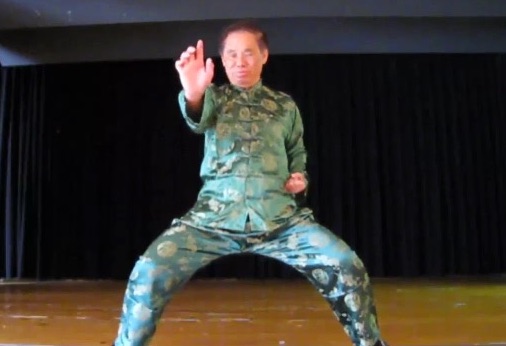 One-Finger zen is regarded as an ultimate art in kungfu

Essence of Shaolin with a small “e”, although a capital “E” is used here because it starts a sentence, refers to the best and distillation of various Shaolin arts. Different people following different Shaolin arts may prefer different essence.

Essence of Shaolin with a capital “E” refers to a kungfu set that comprises the best techniques in Shaolin Kungfu.

The three best known of the Shaolin arts are kungfu, chi kung, or neigong as known in the past, and Zen.

Kungfu masters of all styles have referred to three ultimate arts, namely One-Finger Zen, Strike-Across-Space Palm, and Marvelous Fist. All these three are Shaolin arts.

One may notice that the numbers 36, 72 and 108 are frequently used in the Shaolin arts. They are multiples of 18, which is in honour of the 18 Lohans.

Although a Marvelous Fist master can injure opponents at a greater distance, One-Finger Zen is traditionally considered the most advanced of these three ultimate arts, followed by Strike-Across-Space Palm. No reasons have been given. I believe it is due to kungfu tradition. The fingers are normally considered superior to the palm, and the palm superior to the fist.

There are also three ultimate arts amongst the Shaolin arts. They are dim mark, chin-na and neigong, which are dotting energy points, gripping energy points, and internal arts. As I have said before, kungfu terms are for convenience. In this context, dim mark and chin-na are considered external, and neigong is internal.

The classification here is that one can see the action of dim mark and chin-na, but not the working of neigong. Generally, external arts are concerned with combat, and internal arts with health.

Hence, if we consider the essence of Shaolin kungfu, most informed people would refer to One-Finger Zen, Strike-Across-Space Palm and Marvelous Fist, or refer to dim mark and chin-na. In this context, neigong is not “kungfu”, i.e. for combat. It is a category by itself under chi kung, or neigong.

Shaolin Chi Kung, or Neigong, is the biggest school of chi kung known in the world. It has a very extensive range, starting from chi kung exercises like massaging the face and loosening leg muscles to merging with the Ultimate, or in Western terms, returning to God the Holy Spirit.

Different people, understandably, would have different preference, and choose different arts as their essence. For those who are sick with so-called incurable diseases, their essence of Shaolin Chi Kung is to regain their good health. For those dying of cancer, for example, any chi kung exercise that can help them to recover is the essence of Shaolin.

Not many people, including Zen practitioners, know that Zen came from Shaolin. There were six Zen patriarchs. All the first four patriarchs lived and taught at the Shaolin Monastery in Henan. The fifth and the sixth patriarch, Hong Ren and Hui Neng, went south, but they frequently returned to the monastery to pay homage.

Zen means meditation, or training of mind or spirit. Zen is non-religious, i.e. any person of any religion or of no religion can practice and benefit from Zen.

As Zen is a training of mind, the essence of Zen concerns the best in both the mundane and the supra-mundane dimensions. In the mundane dimension, i.e. in the phenomenal realm, Zen training enables us to have better result no matter what we do! Just take a few seconds to reflect on this statement. Because you have trained your mind, no matter what you do, you will do better than if you had not trained your mind.

In the supra-mundane dimension, i.e in the transcendental realm, Zen training enables you to accomplish the highest and most noble spiritual attainment, i.e. merging with the Supreme, or returning to God the Holy Spirit. It is not just words. Many of those who attended my advanced chi kung courses accomplished this highest and most noble attainment. But as we still live in the phenomenal realm, we come back to our world. It is very important that one must practice this highest level of Zen under the supervision of a master.

Besides these three well known Shaolin arts of kungfu, chi kung and Zen, other lesser-known arts include calligraphy, Buddhist scriptures, poetry and Chinese medicine, especially traumatology or kungfu medicine. Perhaps it would be appropriate to use “included” in the past tense rather than “include” in the present tense, because the Shaolin Monastery is now a tourist attraction rather than a collection and distribution centre for the best arts of the Chinese civilization.

The monastery library housed a great collection of Buddhist scriptures, which unfortunately were burnt when a warlord attacked the Monastery in 1928, 11 years after the fall of the Qing Dynasty.

Many poets spent some time at the Shaolin Monastery, and composed poetry there. The scenery at the Monastery was exquisite. I happen to have a book on Shaolin poetry.

Chinese medicine, especially kungfu medicine, was well known, but was kept as a top secret. The medicine was mainly on treatment for internal injuries, dim mark and chin-na. I also happen to have two books on Shaolin medicine.

What the essence of Shaolin on calligraphy, Buddhist scriptures, poetry or medicine is, will depend on who the seekers are. It can be said without any doubt that the forest of stone tablets at the Shaolin Monastery is the essence of calligraphy. Nowhere else in the whole world can one find a bigger or better collection.

Let us now come to the Essence of Shaolin with a capital “E” for Essence. It is a kungfu set comprising 108 patterns in Shaolin Kungfu applied in a marvelous way. There is also a small classic accompanying the set. Uninitiated persons will not understand the classic.

The term, “Essence of Shaolin”, is my invention. In Chinese it is “Quan Shu Jing Hua”, which is literally word-by-word “Fist-Technique-Essence-Beauty”, and figuratively “Essence of Martial Art”. In Chinese, “fist-technique” means kungfu or martial art.

I don’t know when the set was first composed and by whom. I believe it was composed quite late in the Qing Dynasty. All the patterns in the set are from Southern Shaolin Kungfu.

There was a reference to the Venerable Harng Yein, the most senior disciple of the Venerable Chee Seen, the abbot of the Shaolin Monastery on Nine-Lotus Mountain, and first patriarch of Southern Shaolin Kungfu. I believe Harng Yein could be the author of Essence of Shaolin.

When an opponent applies a sophisticated technique on you, and there is no way you can escape, so it seems, but by a little twist you reverse the combat situation, putting the opponent in an impossible position, it is an expression of “Marvelous techniques beget marvelous techniques”.

When you accomplish a feat, like breaking a brick without any brick-breaking training, and proceed to a seemingly impossible feat, like breaking the bottom of two bricks one on top of another, it is an expression of “Wondrous skills generate wondrous skills”. I am happy that some of our instructors and senior students have experience of accomplishing this poetic couplet. 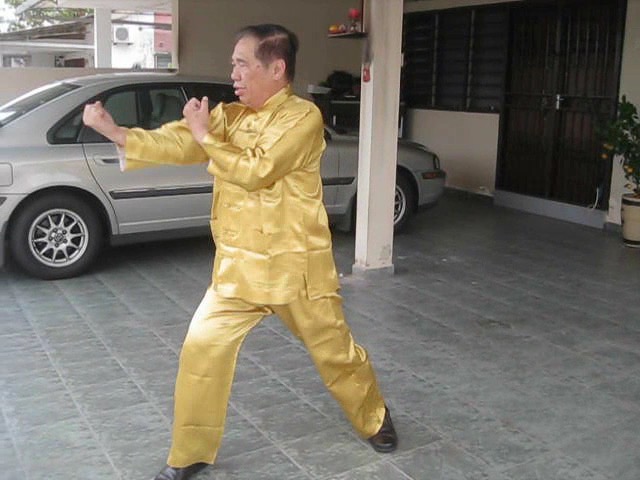 "Hundred of Birds Return to Next" in Essence of Shaolin

This question and answer are reproduced from the thread 10 Questions on Essence of Shaolin in the Shaolin Wahnam Discussion Forum.