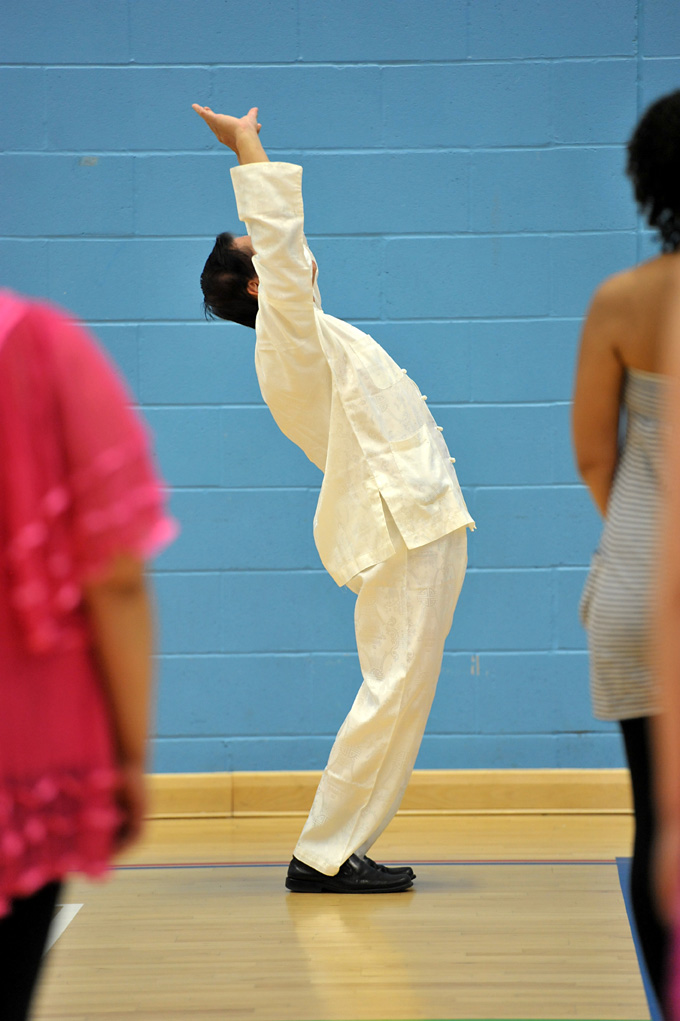 Carrying the Moon is a wonderful Cosmos Chi Kung exercise

Would you be willing to talk about the history and nature of Cosmos Palm? Was it passed on to us by the Venerable Jiang Nan as his specialized skill? How does Cosmos Palm fit into the grand scheme of Shaolin Cosmos Chi Kung?

The question: Would you be willing to talk about the history and nature of Cosmos Palm?

My answer: Yes, I would be willing.

Having answered this question, I can go to the other questions, but I shall spend some time talking about the history and nature of Cosmos Palm.

I don’t know exactly when Cosmos Palm started. No one knows for sure, because it depends on how he defines Cosmos Palm, even when he takes the consensus of what Cosmos Palm generally is.

It is quite different from a type of questions like ”In what year Christopher Columbus discovered America?” As many of us know (many may not know, and most may not be interested) the answer is 1492.

Coming back to Cosmos Palm, I believe it existed long ago, even before Shaolin Kungfu was established in the 6th century CE. Warriors on horseback during the Period of Warring States, which was between the 5th and 3rd centuries BCE, would have used cosmic energy in their hands to hold their heavy weapons, though they probably did not call their skills or abilities Cosmos Palm.

At the early period of Shaolin Kungfu, which was long after the Warring States, but longer before the present time, some high-level Shaolin monks would have Cosmos Palm, and they called their art Cosmos Palm. But the art was a top secret. Not only it was not taught to kungfu practitioners outside the Shaolin Monastery no matter how advanced they might be, it was taught only to very few selected disciples in the monastery.

In later years, Cosmos Palm was known as Red Sand Palm. In some kungfu literature in English it was sometimes called Cinnabar Palm, because “red sand” in Chinese means cinnabar in English.

The nature of Cosmos Palm is that the force is flowing, but is consolidated when needed for combat. Hence, the palms of a Cosmos Palm master are soft and gentle. In Cotton Palm, masters discovered that they might not need to consolidate their force, their flowing force is powerful enough to cause serious injury to their opponents.

As the force of a Cosmos Palm master is generally flowing, it contributes greatly to good health, vitality, longevity, peak performance and spiritual joys. The results are intrinsic. In other words, there is no need for a Cosmos Palm practitioner to be concerned how to use his flowing force for good health, or to be happy. Nevertheless, if he is aware of this fact, and also is able to transfer the force to daily use, as we do in Shaolin Wahnam, his benefits will be much enhanced.

Although my sifu, Sify Ho Fatt Nam, did not specifically mention it, I believe our Cosmos Palm was passed down to us by the Venerable Jiang Nan. Cosmos Palm is a Shaolin art. It is not found in any other styles of kungfu, and certainly not in any other martial arts. The Venerable Jiang Nan was a very high-level Shaolin monk. The two specific exercises that my sifu taught me to develop flowing energy and to consolidate energy – Pushing Mountain and Forceful Big Windmill – are also from Shaolin.

While it is not necessary, but it is extremely helpful for a practitioner to practice simpler and more elementary Shaolin Cosmos Chi Kung exercises before attempting specific exercises for Cosmos Palm.

Can someone start practicing Cosmos Palm if he has no previous Shaolin Cosmos Chi Kung or any chi kung experience. He can, but he will take a long time to accomplish the art of Cosmos Palm, even if he has learned the techniques.

By the way, Shaolin Wahnam family members can easily understand this statement, but most other people may not. It is the failure to understand the philosophy of this statement that more than 80% of chi kung practitioners all over the world do not enjoy chi kung benefits, and more than 90% of kungfu practitioners cannot use their kungfu for combat despite having practiced chi kung or kungfu for years. They only practice chi kung and kungfu techniques, but do not have the necessary skills.

Can a sick person start Cosmos Palm training? He can if he has a very good teacher. Unfortunately, most teachers, in terms of attaining the purposes of kungfu training, are bad. They teach techniques, which are sometimes injurious to health, but never teaches skills. In practical terms, Cosmos Palm training will aggravate his sickness.

It is more cost-effective for a sick person to overcome his sickness first by practicing simpler and more elementary Shaolin Cosmos Chi Kung exercises, or other medical chi kung exercises like the Eighteen Jewels and Five-Animal Play. Similarly, if a person wants to see his friend across a street, it is easier for him to walk than to drive his car. 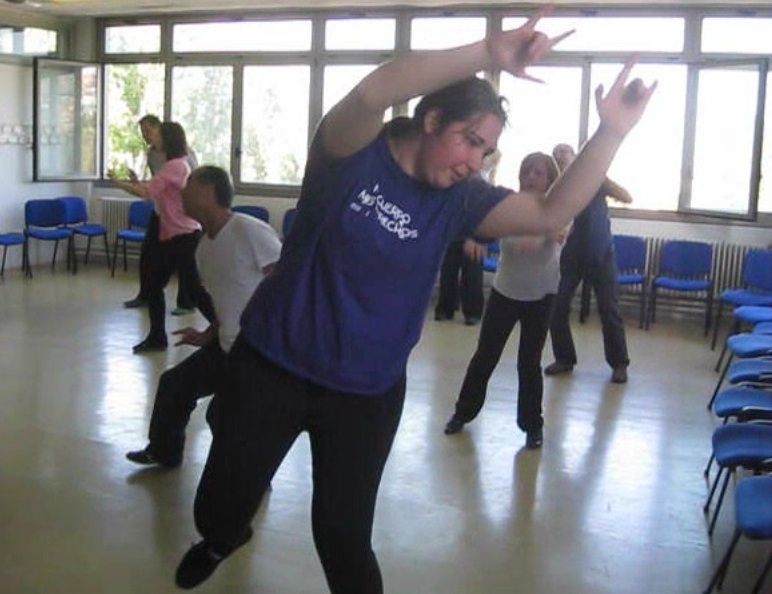 Five-Animal Play is a wonderful chi kung for overcoming illness