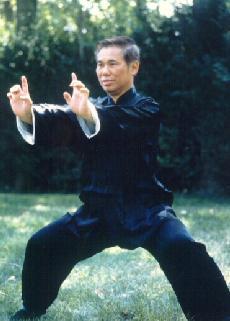 Cosmos Palm is an advanced Art, just as Golden Bell. However it is not explicitly mentioned as one of the three ultimates of Shaolin (namely Dim Mark, Chin Na and Neigong).

Could you elaborate on similarities and differences of Cosmos Palm, Golden Bell, Dim Mark, Chin Na and Neigong in terms of skills, philosophy, martial, medical and daily life application and kung fu sets that enhance and complement most the respective skills?

As there are 72 Shaolin arts, only three are singled out as the Shaolin ultimates, namely dim mark, chin-na and nei gong. Other Shaolin arts are also important or formidable, though some are more than others. Personal choice and opportunities may also decide why one art is chosen over another.

Personally I find Cosmos Palm and Golden Bell more important and formidable than arts like Iron Arm, Bamboo-Leave Hand, and Lizard Art. Iron Arm is self-explanatory. Bamboo-Leaf Hand is having flexible palms in attack, and Lizard Art is an ability to climb walls. Amongst other benefits, Cosmos Palm and Golden Bell contribute to good health, vitality and longevity, whereas the other two arts are for combat. There is not much practical use today for Lizard Art. I prefer to take an elevator, rather than climbing up walls.

One may like, for example, Cosmos Palm more than Iron Arm, but if he does not have the opportunity to learn Cosmos Palm, he may settle for Iron Arm. In this respect, we in Shaolin Wahnam are very lucky. We have a great range of arts to choose from.

Regarding the three Shaolin ultimates, it is worthwhile to remember that kungfu and chi kung terms are for convenience. They are unlike scientific terms which are definitive, and also restrictive. In this context, dim mark and chin-na are regarded as wai gong, or external arts, because their application is easily visible. Nei gong, or internal arts, concern training that is not visible, like Abdominal Breathing and Sinew Metamorphosis. Generally speaking, though it is not necessarily true all the time, wai gong training is for combat, whereas nei gong training is for health.

In another context, dim mark and chin-na are nei gong or internal arts. Almost all their training deals with the internal aspects of essence, energy and mind, or jing, qi and shen. For us today, the greatest value of their training in daily life is for our health, vitality and longevity as well as peak performance and spiritual joys. If we use dim mark or chin-na on others, we have to heal them. Without being boastful, we normally do not need to use dim mark or chin-na, we can normally push most attackers away. Yet, it is great to know these arts to preserve them for posterity.

There are many similarities as well as differences in the arts of Cosmos Palm, Golden Bell, dim mark, chin-na and nei gong. The training of all the five arts deal with the internal aspects of jing, qi and shen, or essence, energy and mind. It is a main reason, but unknown to most people, why in our school when we are good at one art, we can readily train the others. Even if other people know the reason, they cannot do it. They do not know how to train essence, energy and mind.

Let us look at the similarities and differences of these five arts in terms of skills, philosophy, martial application, medical application, and the kungfu sets that enhance and complement these skills.

In term of skills, Cosmos Palm can damage an opponent without leaving any external mark. At an advanced level, it can also damage an opponent from a distance. Golden Bell is an ability to take punches and kicks without sustaining injury. At an advanced level, it can enable a practitioner to take weapon attack. Dim mark and chin-na are skills to stop an opponent from further fighting by stopping his energy flow. Dim mark does so by dotting the opponent’s vital point, and chin-na by gripping it or a few points. If the opponent does not take remedial treatment, the injury can be serious or fatal. Nei gong is a collection of internal arts to develop a practitioner’s essence, energy and mind for good health, vitality, longevity, peak performance and spiritual joys. At the supreme level he attains Enlightenment or return to God the Holy Spirit.

In term of philosophy, all the five arts develop a practitioner’s combat efficiency as well as good health, vitality, longevity, peak performance and spiritual joys to a very high level. There are, of course, very rare, and it is a golden opportunity even to train in any one of them. It is necessary to ensure the arts are, or any one of them is, genuine. An excellent way is to access their results according to what their training is meant to give, If one is trained in dim mark, for example, he should be able to stop an opponent from further fighting by dotting his vital point. In our case, he is healthy, full of vitality, attains peak performance and has spiritual joys, though if he is young he may have to wait for many years to say he has longevity.

In term of martial application, these arts cause serious damage on opponents, including Golden Bell and nei gong because their training will greatly enhance practitioners’ striking ability. If the practitioners are compassionate, and they usually are if they have the opportunity to train these arts, they can easily push away less skillful opponents without hurting them seriously. It is succinct to mention that when one is trained in any one of these arts, he will also be more powerful in other parts of his body other than that part his art is involved. For example, if he is trained in Cosmos Palm, his kicks will also be more powerful.

In term of medical application, the training in any one of these arts will help him to overcome his illness, any illness. This is because of chi flow, which is essential in the training. Not many people, however, know of this fact. Very, very few people have the opportunity to train in any one of these arts. If they ever have the opportunity, not only they are already healthy, but also they have trained in kungfu for many years. On the other hand, if a person is sick, it is more cost-effective for him to practice less powerful chi kung to overcome his sickness. These arts may be too powerful for him.

In term of daily life, these arts will give him good health and vitality, as well as longevity. He is able to do better in whatever he does! He is relaxed, peaceful and happy. These benefits are intrinsic. In other words, he does not need to know how these arts give him these wonderful benefits, or what he should do to have these benefits. Irrespective of whether he knows or does anything extra, because he practices these arts, or any one of them, he will have these wonderful benefits as a matter of course. Nevertheless, he may want to know. These arts greatly enhance his essence, energy and mind, and these three aspects are necessary in whatever he does in daily life.

So far we talk about the similarities in terms of philosophy, martial application, medical application and dialy life. The differences lie in the different ways of their application and their training. In Cosmos Palm, for example, a practitioner uses his palms to strike. In Golden Bell, he lets his energy radiate to protect himself from attack. In dim mark and chin-na he uses his fingers to dot or grip vital points. In nei gong he uses his trained essence, energy and mind for combat or daily living.

There are many kungfu sets that enhance and complement the respective skills in Cosmos Palm, Golden Bell, dim mark, chin-na and nei gong. Over their long history, different masters devised and developed different sets for this purpose. But I shall mention the one that I specially like, and perhaps also mention one or two other sets from our school.

For Cosmos Palm, of course the one I specially like is the Cosmos Palm Set I specially composed for the course in New Hampshire. It is an excellent set that includes the signature greeting from Sifu Ho Fatt Nam’s lineage that starts energy flowing and the mind focused. The set includes specific methods to train the skills and force of Cosmos Palm, and simple yet profound application that deals with all the four categories of attack. The Shaolin Pakua Set is also a complementary set, but in my opinion it is not as effective as the Cosmos Palm Set.

Golden Bridge is excellent for both the training and application of Golden Bell. Small Universe and Big Universe, both the phenomenal and the transcendental modes, are also useful. The kungfu sets that enhance and complement Golden Bell are Dragon Strength and Wudang Taijiquan.

Sinew Metamorphosis is an excellent nei gong set, especially the one that is practiced in our school. Practicing the 12 exercises in the Sinew Metamorphosis set is too powerful. Students need to practice only one exercise. It is simply incredible how much internal force can be generated with just a few repetitions of the one exercise. Iron Wire and Siu Lin Tou are excellent kungfu sets for nei gong training. Students should progress in Iron Wire or Siu Lin Tou gradually.

Cosmos Palm, Golden Bell, dim mark, chin-na and nei gong are wonderful arts. It is just incredible that students in Shaolin Wahnam have an opportunity to practice them, or just any one. 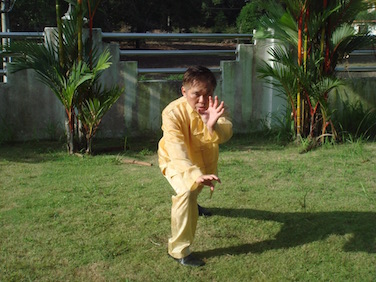