ONE FINGER-SHOOTING ZEN AND COSMOS PALM 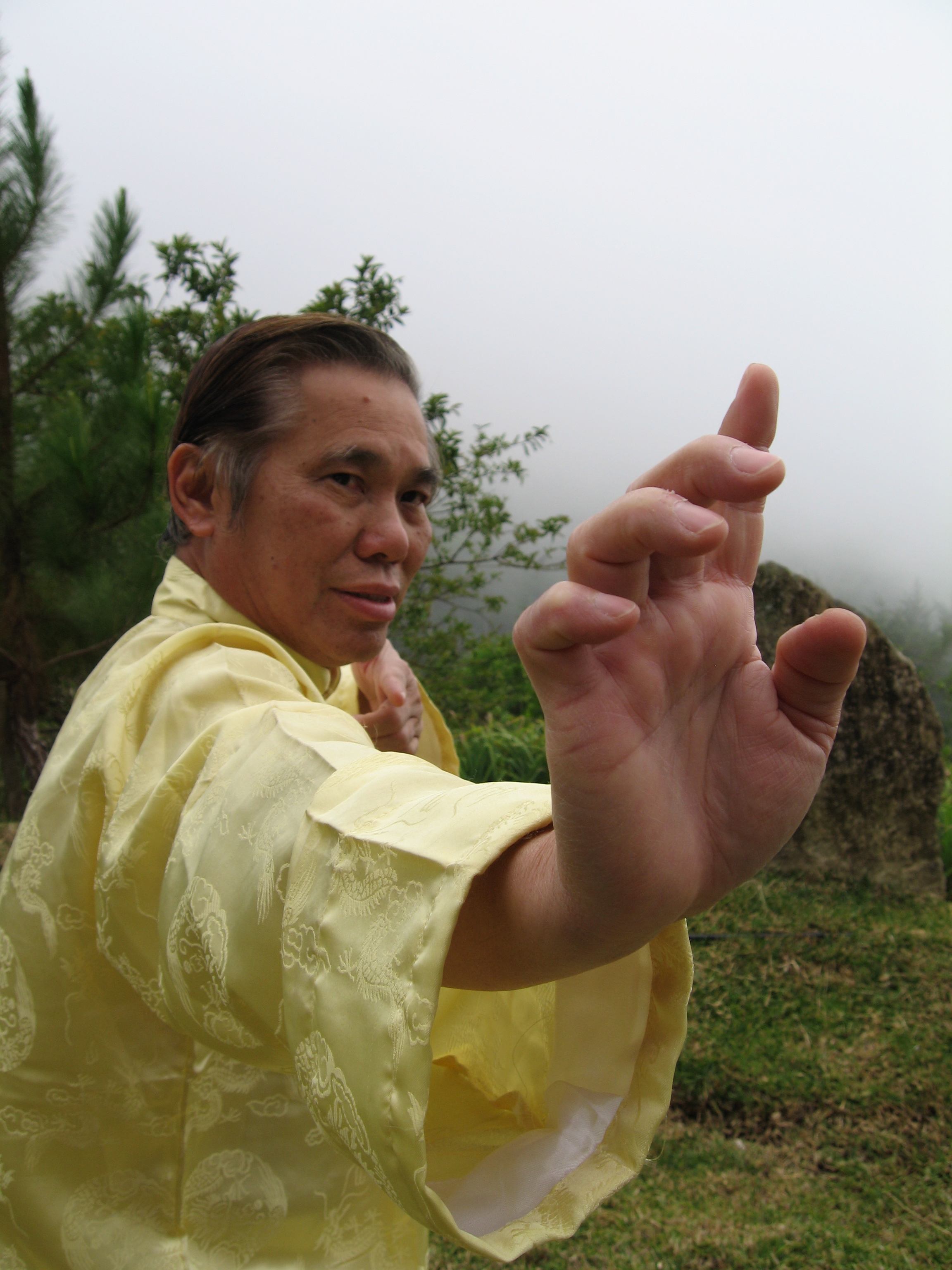 I would consider both One Finger Shooting Zen and Cosmos Palm to be treasures of Shaolin Wahnam. These two arts also seem to share many similar qualities -- build tremendous internal force, useful for both combat and healing, and ability to strike across space. Yet one art is taught to everyone at the beginning of their training, and the other seems to be reserved for more advanced practitioners and only taught selectively. Is there a specific difference between these two arts that has lead to this?

Indeed, both One-Finger Shooting Zen and Cosmos Palm are treasures of our school. Not only they contribute greatly to combat and healing, they also enrich our daily life.

The reason why One-Finger Shooting Zen is taught to all Shaolin practitioners of our school at the start of their learning from us, whereas Cosmos Palm is reserved for more advanced practitioners, is mainly historical. My teaching follows closely that of my sifu, Sifu Ho Fatt Nam. One-Finger Shooting Zen was taught to all students who learned from my sifu, but Cosmos Palm was taught selectively. As far as I know I was the only one he taught Cosmos Palm.

There is an interesting story how I learned Cosmos Palm from my sifu. My sihengs were practicing Iron Palm during their leisure hours when they were not training the main kungfu material taught by my sifu. A long rectangular bag filled with iron fillings was used. My sihengs must have practiced Iron Palm for a long time because I could see that the bag was much seasoned. But it was the first time I saw them practicing Iron Palm. This was probably because I usually trained in the afternoons, whereas my sihengs usually trained at night. It was a night session then, and I joined the training infrequently.

I asked one of my sihengs, Poh Lok, whether I could join in the training.

Much later I asked my sifu why my sihengs did not use the back of their palm and their fingers. He told me that there were nerve endings at these places, and doing so would harm the nerve endings.

But that night I knew enough kungfu etiquette to do what my sihengs did, and not tried to be smart hitting the bag 5 times. Yet, I saw form the corners of my eyes that my sifu was approaching. I thought he would scold me for trying to be smart, attempting to train what he did not teach me.

But to my surprise he said kindly. “You know how to hit a sandbag!”

“Show me your hands,” he continued.

I showed my sifu my hands.

“You have a lady’s hands. Iron Palm is not suitable for you.”

For a moment my heart sank. I thought I lost a chance to learn Iron Palm.

Then my sifu continued, “I’ll teach you Cosmos Palm”.

He took me to a side of the training hall. “Show me Pushing Mountain,” he said.

I showed my sifu Pushing Mountain which I had learned earlier.

“Very good,” he said. “Practice this every day.” Then he walked away.

A few months later during my afternoon training, my sifu asked me, “How is your progress in Pushing Mountain.”

“Very good, sifu. I practice it every day.”

I showed my sifu Pushing Mountain.

My sifu was impressed. “Now, follow me..” My sifu showed me the Forceful Big Windmill.

The obvious difference between One-Finger Shooting Zen and Cosmos Palm is that the former uses an index finger whereas the latter uses a palm. The difference, however, is not just external. Using a finger facilitates dotting energy points, whereas using a palm facilitates striking an opponent.

But this difference did not lead to why One-Finger Shooting Zen was taught to all Shaolin students in our school, whereas Cosmos Palm was reserved for a selected few. The reason, as mentioned earlier, was historical.

I did not earlier investigate into why One-Finger Shooting Zen was taught to all, and Cosmos Palm was taught to a few. I believed it was a tradition of our lineage. But viewing the question with hindsight, I believe this is logical. One-finger Shooting Zen is excellent for developing internal force. It involves both flowing force and consolidating force. Only when one is proficient in flowing force and consolidating force, he should progress to Cosmos Palm, where his force flows into an opponent to damage the opponent’s energy.

I believe that our school is amongst a very few, if not the only one, that differentiate between skills and techniques. Almost all other practitioners, including masters, think that if they practice the techniques long enough they will acquire the art. To us, it is glaring that this is not so.

The techniques practiced by most other chi kung practitioners are genuine, yet even when they have practiced these techniques for a long time, they do not derive chi kung benefits. It is because they do not have the necessary skills.

The techniques of One-Finger Shooting Zen are easily found in our webpages. Anyone can learn them. But unless he learns the necessary skills from a competent teacher, he will not develop internal force.

The techniques of Cosmos Palm are Pushing Mountain and Forceful Big Windmill, which can be found in our webpages. Anyone can learn them. But unless he learns the necessary skills from a competent teacher, he will not have internal force.

We are very generous with information. We are also very generous with deserving students who want to learn from us. But others who think otherwise, who believe they can learn techniques from books or videos and attain the art, or who think we are talking non-sense, it is their problem.

The specific skills are expressed clearly, without any play of words. But before acquiring these specific skills, a practitioner must have attained other more basic skills. For example, before channeling energy into an opponent, as in Cosmos Palm, one must be able to generate an energy flow. Before generating an energy flow, as in One-finger Shooting Zen, one must enter Zen, i.e. he must be relaxed and his mind free of thoughts.

More importantly, one must realize that these are skills, not knowledge that can be read from books or learnt from videos. Indeed, many people often confuse themselves with skills and knowledge. Many schools, for example, publicize that their training increases energy level, and enables their students to defend themselves. It is just shocking that instead of increasing their energy level, these students become more tired after their training, and instead of defending themselves, they expose themselves to a generous exchange of blows.

One-Finger Shooting Zen and Cosmos Palm are wonderful arts. Besides combat, they are also very useful for healing – provided, of course, that one is already a trained healer. One trained in Cosmos Palm may channel his energy into a deeper part of his patient to cure illness or injury without harming the outer parts. Many years ago, I used this skill to cure Wong Yin Tat, my early disciple who is well trained in Iron Shirt, of an internal injury.

Actually I was the one who inflicted this injury with Cosmos Palm. I demonstrated to a few students how internal force could pass from one shoulder to another without harming the person. Yin Tat tensed his muscles, and my internal force was logged in his chest, causing damage. There was nothing outwardly, but two days later, Yin Tat who is normally full of vitality, was pale and sickly. I used Cosmos Palm to relieve him of this injury.

More immediately, One-Finger Shooting Zen and Cosmos Palm enrich our daily life. Not only they give us good health, vitality and longevity, they also give us internal force and mental clarity, enabling us to attain peak performance in daily life. 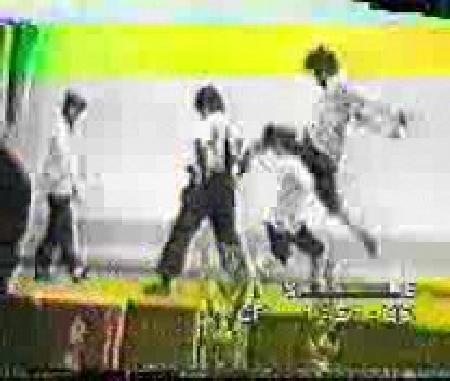