HISTORY OF COSMIC SHOWER IN OUR SCHOOL 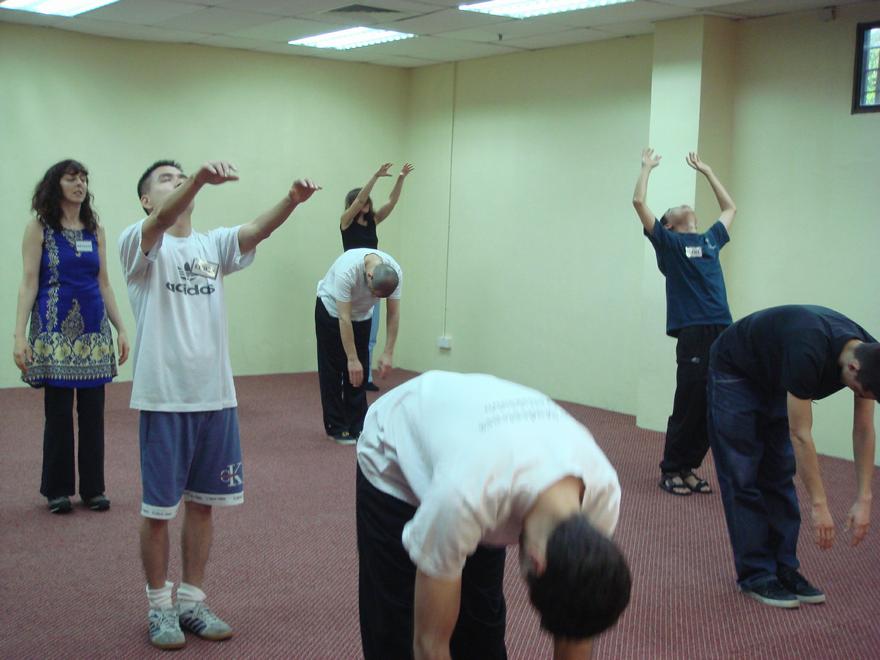 Cosmic Shower is an extremely profound practice, especially when guided under the supervision of a master.   It seems to very deeply cleanse and energise the meridians, with mental and spiritual expansion being one of its hallmarks.

Please can you talk about the history and development of this practice; both your own personal experience and what you know of its uses throughout the history of the internal arts.

For convenience and better understanding, we may classify our chi kung arts into three levels:

(a) Sinew Metamorphosis
(b) Cosmic Breathing
(c) Merging with the Cosmos

The main result of these three levels corresponds to:

Please note that the classification is arbitrary, and there is much over-lapping.

However, if you have advanced skills, you can perform lower level arts at a higher level, like using Cosmic Shower to expand into the Cosmos.

I developed Cosmic Shower from my own dedicated practice of Lifting the Sky and Carrying the Moon. Lifting the Sky was my favourite chi kung exercise, which I have practiced the most frequently.

After years of practicing Lifting the Sky and sometime Carrying the Moon, I felt cosmic energy showering down my body. It was a very pleasant feeling of cosmic shower.

In my early years of teaching Intensive Chi Kung Course, I made use of this discovery and led students to tap energy from the Cosmos and then let the cosmic energy come down as a shower.

At first I found the Cosmos Shower cleanse me thoroughly, making me healthy and full of vitality. Later I discovered that it also cleansed me emotionally, mentally and spiritually.

Spiritual cleansing was confirmed by many students telling me that after chi kung practice during the Intensive Chi Kung Course, they found the world more beautiful. I reasoned that the external world had not changed, but the students had changed internally. Lifting the Sky and Carrying the Moon had purified their spirit, making them see things and relationship more beautifully.

When course organizers asked me for more advanced courses, I introduced Cosmic Shower. At first I called it Golden Shower, as I could feel the energy showering down from above was golden in colour. Riccardo Salvatore told me that golden shower had another connotation. When university seniors forced their juniors to place their heads in water-closet, and flushed down the water, it was called golden shower. So I changed the name of the course to Cosmic Shower.

In my study of chi kung classics, I found an advanced Taoist chi kung exercise similar to our Cosmic Shower. This Taoist exercise was called “Opening of Five Flowers” and was performed seated in a lotus position.

Through years of dedicated practice, an aspirant could open his bai-hui energy point at the top of his head, like the opening of petals in a flower. Vital energy would bubble out and flow down the aspirant, who would be very youthful irrespective of his chronically age.

My continued practice of Cosmic Shower gave me the experience that cosmic shower not only cleansed me but also strengthened me physically, emotionally, mentally and spiritually. I confirmed the results by asking students at my Cosmic Shower courses. More than 80% of students discernibly felt the strengthening physically, emotionally, mentally and spiritually. 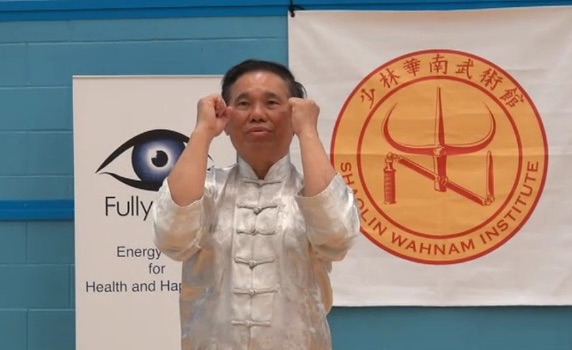 The above discussion is reproduced from the thread 10 Questions on Cosmic Shower in the Shaolin Wahnam Discussion Forum.