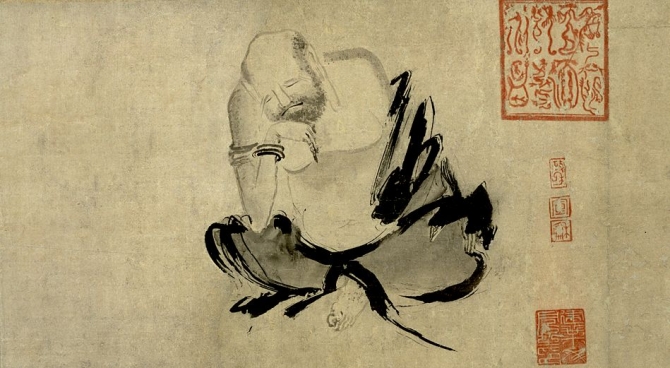 I remember reading somewhere in some of your answers that Bone Marrow Cleansing was related to the famous story of the second Patriarch of Zen in China, Hui Ke, receiving the transmission form Bodhidharma, which he described as "receiving the marrow" of his teaching.

In other words, it was more than just symbolic use of words when Bodhidharma said that Hui Ke had the Bone Marrow of his teaching. Can you please elaborate on this relationship between this story and the Bone Marrow Qigong skill?

Before he returned home, which may be interpreted as Buddhahood, Bodhidharma asked his students to tell him their understanding of his teaching.

One student said that Bodhidharma's teaching was not bound by words. Bodhidharma replied that this student had received his skin.

Another student said that his teaching was like a majestic glimpse of the realm of Akshobhya Buddha. Bodhidharam replied that the student had received his flesh.

A third student mentioned that the four "greats" (earth, water, wind, air) are all empty, and the five sense organs are actually without existence. Bodhidharma said that this student had received his bone.

Hui Ke, the most senior student, bowed deeply but said nothing. Bodhidharma said Hui Ke had received his marrow. He then passed his robe and bowl to Hui Ke and named Hui Ke as the successor, becoming the Second Patriarch of Zen.

This is a hallmark of great teachers, and we in Shaolin Wahnam have this experience. The same material is taught in a chi kung, Shaolin or Taijiquan class which often ranges from fresh beginners to masters. The junior students benefit a lot because of the masters' presence, but the senior students are the ones who benefit the most.

Let us examine the students' answers above, and why Bodhidharma rated them the way he did.

Saying that Bodhidharma's teaching was not bound by words showed only an intellectual understanding but not direct experience. He had just entered the path. A modern analogy is a Iron Wire practitioner saying that Iron Wire is a powerful internal art, but he has not developed substantial internal force yet.

Saying that Bodhidharma's teaching was like a majestic glimpse of the realm of Akshobhya Buddha showed a Hinayana view, which Mahayana Buddhists regarded as only the preliminary teaching. Hinayana Buddhists knew that the self was an illusion but thought that dharma, or sub-atomic particpes, were real, hence they had a glimpse of Akshobhya Buddha's realm. It is analogous to an Iron Wire practitioner having internal force and using it well in combat but does not apply it to enrich his daily life.

Saying that the four "greats" or dharma that made up the phenomenal world are all empty, and the five sense organs are without existence showed a deeper Mahayana attainment that both self and phenomena are illusions. Yet this was not the deepest attainment because the student still used verbalization, which would start the process of continuous thoughts resulting in the phenomenal world. As an analogy it is like an Iron Wire practitioner who enhances both his combat efficiency and daily life with internal force, but his internal force is dependent on his Iron Wire training.

By saying nothing, Hui Ke showed his attainment of Bodhidharma's deepest teaching, where even verbalization was eliminated, indicating that Cosmic Reality is all "empty". It is analogous to a martial artist who having developed tremendous internal force from Iron Wire training applies it to enrich both his combat efficiency and daily life, but is not dependent on any form for further development and application of internal force. 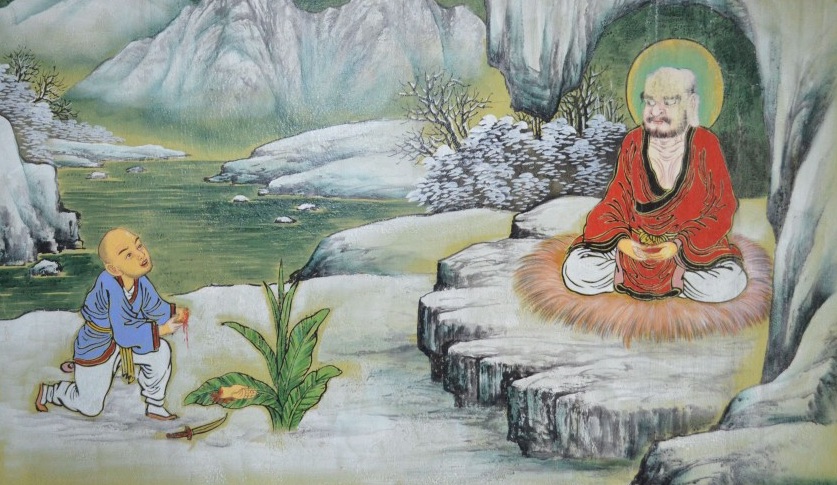