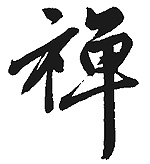 The Chinese character "Ch'an", pronounced as "Zen" in Japanese

Sifu, some Zen masters were very open about what school of Zen they practiced, or what their lineage was. Did Sigung Ho ever discuss how he received Zen teachings, or whether he was inclined toward one school or the other?

I did not learn Zen formally from my sifu, Sifu Ho Fatt Nam. My Zen training from him was indirect, like over tea or meals. But the most important source of my Zen training was his personal example.

My sifu thought, spoke and lived the life of a Zen master. When food came, for example, he ate and enjoyed it no matter how simple the food might be. He did not speculate what the food would do in his stomach, or how the cook prepared it.

When I asked him a question, he answered it straight-away and matter-of-factly. Often his answer was in action rather than words. For example, I asked him how to counter a certain attack. He would say, "Attack me", then demonstrated the counter.

He did not tell me how he received his Zen teaching and what school he was inclined towards to. In hindsight, I reckon that if I had asked him the two questions, he would have said, as typical of Zen masters, "Now, drink your tea."

If I had politely persisted with the questions, he might have said, "Does it matter much whether I was initiated with full regal in a temple or while practicing kungfu? Does it matter much whether I am inclined toward the teaching of Bodhidharma, Hui Neng or Lin Chi? What is important is that your practice, whether you call it Zen, Tao or by any other name, brings you and other people benefit."

It may be of interest to mention that not many people, even amongst many of his own students, knew that he was a Zen master. Interestingly, the public knew him as a very high-level Taoist master with incredible powers. 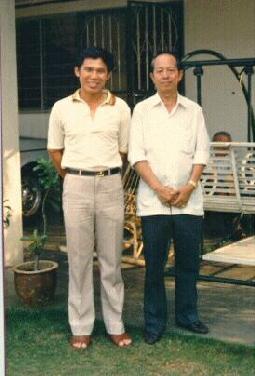