WISDOM AND CULTIVATION IN BODHIDHARMA'S TEACHING 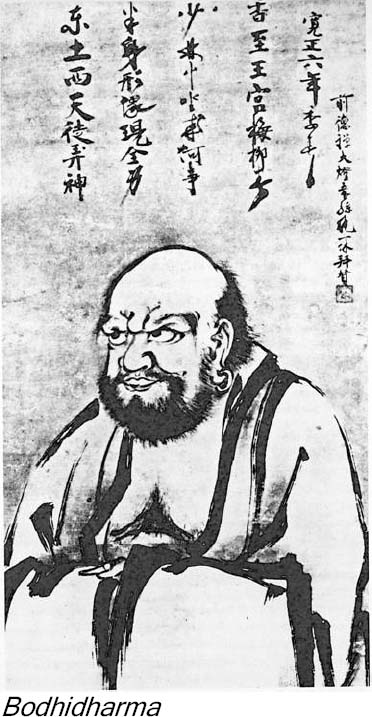 Many roads lead to the Path, but basically there are only two: reason and practice.

To enter by reason means to realize the essence through instruction and to believe that all living things share the same true nature, which isn't apparent because it's shrouded by sensation and delusion.

To enter by practice refers to four all-inclusive practices: suffering injustice, adapting to conditions, seeking nothing, and practicing the Dharma.

1. To which road that the legacy of Bodhidharma (18 Lohan Hands, Yi Jin Jing, Bone Marrow Cleansing, and Zen) will lead us to, to enter the Path by reason, by practice, or both?

2. Why did the Great Bodhidharma put the emphasize on the Path, and not the destination?

We need to appreciate the limitation of words. Firstly, words may not convey the exact meaning the speaker or writer intends them to be. Secondly their interpretation is much influenced by the experience and understanding of those who hear or read the words.

In this case, we have a third factor of time and a fourth factor of translation. Bodhidharma's teaching was given more than 1500 years ago, and translated from Sanskrit to classical Chinese to modern Chinese and then to English.

Considering these four factors we can better appreciate that what many people understand by reading Bodhidharm's teaching today may not be what Bodhidharma himself meant.

To help modern readers, I shall change some words which I believe better express what Bodhidharma meant, as follows:

Many methods lead to Enlightenment, but basically there are only two: wisdom and cultivation.

To enter by wisdom means to realize the Supreme Reality through philosophy and to know that all living things share the same true nature, which isn't apparent because it's shrouded by sensation and delusion.

Bodhidharma taught that there are many ways to attain Enlightenment, but all these ways can be classified into two main categories, namely wisdom and cultivation.

To attain Enlightenment through wisdom, an aspirant realizes that everything in the phenomenal world shares the same True Nature, called differently by different people such as Tathagata, God the Holy Spirit, and the Great Void.

This True Nature is not apparent to people because it is shrouded by people's sensation and delusion due to their interpretation of the True Nature through their gross sense organs.

To attain Enlightenment through cultivation, an aspirant has to be tolerant (including tolerant of other people's beliefs which may be different from his), persevere against all odds, renounce all world pleasures like eating meat and enjoying sex, and practice the teaching as taught by established masters.

The road via wisdom is the road of Zen. It is pointing directly at the mind and attaining Buddha Nature in an instant.

The road via cultivation is the road of other Buddhist schools, especially Theravada Buddhism. It is poetically described as "teaching within the tradition".

It is pertinent to note that the above teaching was given by Bodhidharma to Shaolin monks, who had voluntarily renounced worldly lives. If you are a lay practitioner, it is fine if you eat meat and enjoy sex. But if one is a Shaolin monk, or claims to be, eating meat and having sex, regardless of whether he enjoys it, are not only against Bodhidharma's teaching but are two of the five cardinal sins in Mahayana monkhood.

With this background understanding, we can now better answer your two questions.

1. To which road that the legacy of Bodhidharma (18 Lohan Hands, Yi Jin Jing, Bone Marrow Cleansing, and Zen) will lead us to, to enter the Path by reason, by practice, or both?

As is often the case in our school, the answer can be by reason, by practice, by either one road, by both or by none, depending on various factors.

Although the Shaolin arts were taught by Bodhidharma to enable Shaolin monks to attain Enlightenment, this is not our aim in Shaolin Wahnam. We are still worldly. We still wholesomely enjoy eating meat, having sex and other worldly pleasures. So to us the answer is neither road. Practicing the legacy of Bodhidharma does not lead us to the road of reason or practice to enter the Path -- at least not now when we are not monks.

Nevertheless, though we are not ready yet to enter the path of monkhood, practicing the legacy of Bodhidharma will give us not only a glimpse but the actual benefits that Shaolin monks in the past received from Bodhidharma. These numerous benefits may be summed up into two categories, namely giving us meaning in life, and enabling us to live lives more rewardingly. Hence, the legacy leads us to both the road of reason and the road of practice.

Now we come to your second question.

2. Why did the Great Bodhidharma put the emphasize on the Path, and not the destination?

This is a hallmark of great teaching. It fulfils the aspirations of practitioners according to their needs and developmental stages.

Basically, Bodhidharma's teaching is as follows. You can attain Enlightenment by realizing cosmic wisdom or following established practice. The destination is the same, though people may call it by different names. There are many ways to reach the destination, but the many ways may be classified as by wisdom or by practice. 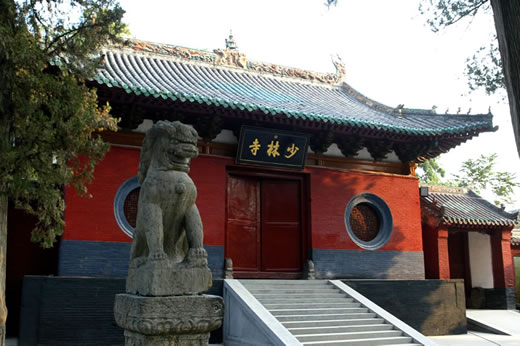