HOW DID BODHIDHARMA LEARN THE EIGHTEEN LOHAN HANDS? 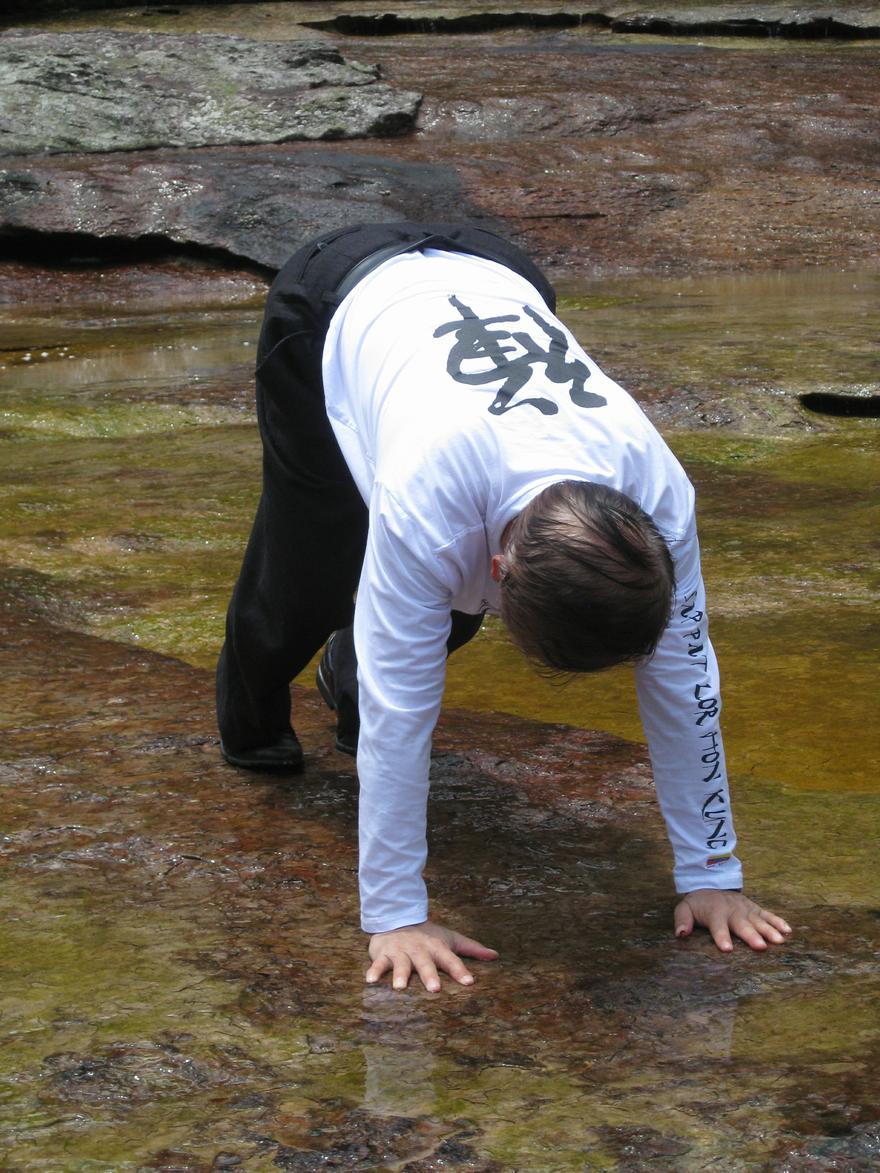 How did Bodhidharma learn the 18 Lohan Hands?

There was no record on how the great Bodhidharma learned the Eighteen Lohan Hands. So the answer is my guess.

Many of the patterns, especially in the Twelve Pieces of Brocade Seated Version and the Eighteen-Lohan Art (classical version) were similar to yoga exercise. I clearly remember the first time we had a chi kung course in Switzerland that many course participants, like your Sipak Darryl, spontaneously performed yoga-like exercises during chi flow, and I could clearly feel the divine presence of Bodhisattvas and past masters guiding us.

I believe the Eighteen Lohan Hands Bodhidharma taught were from yoga. I also believe that Bodhidharma modified some of the exercises as well as invented some new ones to suit the needs of the Shaolin monks.

You may be interested to know that I did not learn the complete set of Eighteen Lohan Hands from my sifu, Sifu Ho Fatt Nam. I learned only a few patterns, like Lifting the Sky, Separating Water and Big Windmill, as part of Shaolin Kungfu.

When I first decided to teach chi kung to the public, which was revolutionary at that time (1980s) as chi kung, more commonly known as nei kung then, was normally taught only to selected disciples, I chose to teach the Eighteen Lohan Hands.

The set of Eighteen Lohan Hands in our school was devised by me. I researched into whatever classics I could find to select what I considered the best 18 exercises for the purpose, starting with the Eight Pieces of Brocade which I first thought were Taoist exercises and which I found to be very beneficial in my own practice.

It is also interesting to note that in my school days as a boy scout, the health exercises I practiced and which were a requirement for the basic Tenderfoot Test, were similar to the Eight Pieces of Brocade! These health exercises can be found in the book, "Scouting for Boys", written by the founder, Lord Baden Powell, himself. Of course at that time, and even when I practiced the Eight Pieces of Brocade, I performed them as gentle physical exercise and not as high-level chi kung.

I remember being amused to think that people in future would point to our set of Eighteen Lohan Hands and say, "Hey, these Shaolin chi kung exercises, which are supposed to be Buddhist, start with Taoist exercises." But I was very surprised to find later that a classic listed the eighteen exercises in the Eighteen Lohan Hands in the exact order I had devised them!

And they did. Even in my early chi kung classes, when the level of chi kung was probably about one-tenth of what we are attaining now, students told me they overcome so-called incurable diseases, including cancer! I was quite surprised. 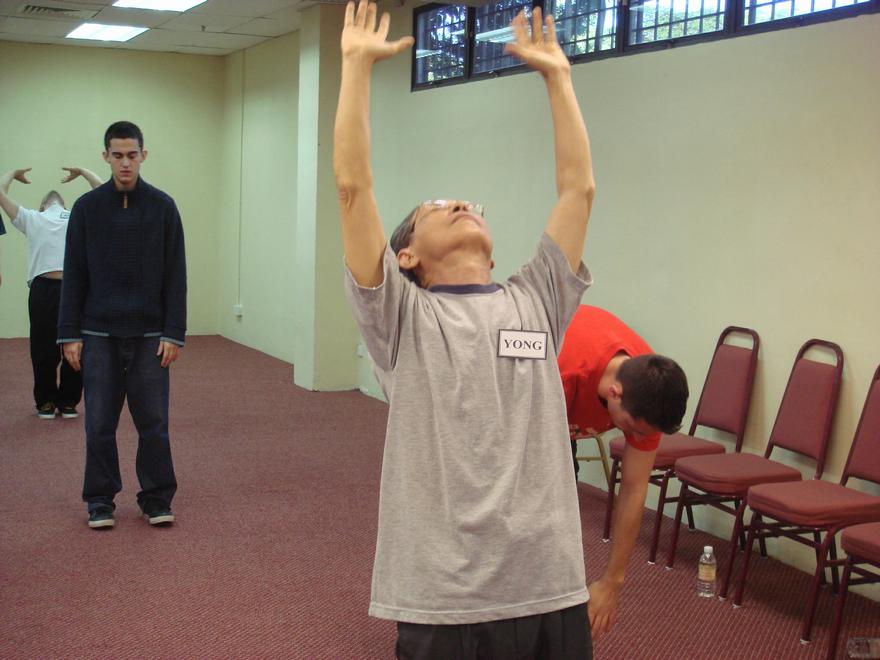 Students at an Intensive Chi Kung Course performing "Carrying the Moon", one of the exercises in the Eighteen Lohan Hands