LINEAGE, EVOLUTION AND FUTURE OF THE SHAOLIN ARTS 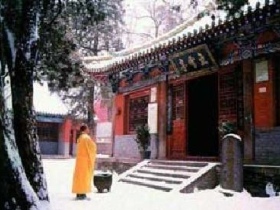 In kungfu and chi kung circles lineage is important, especially in Eastern culture. In the West this is generally not given as much attention.

We can trace our lineage back to the venerable Bodhidharma not only through historical documentation, but mainly the arts we practise that he taught and initiated at the Temple some 1500 years ago. I'm sure a lot of people in our school are aware, but probably many other people do not know that as the Shaolin arts can be traced back to Bodhidharma, his lineage went in a direct line back to the Buddha.

I wonder if we could receive some insight on why maintaining a lineage is worthwhile, and not vanity and attachment as some people mistakenly think.

Perhaps in addition some thoughts on how the teachings and arts may have evolved over time from the Buddha to Bodhidharma. And after the institutionalization of the arts at the Shaolin temples came to an end, have we seen the zenith of the Shaolin arts from Bodhidharma as they are no longer institutionalized and developed in such an environment or could they continue to develop and crystallize further in the future?

While lineage is important, there are other factors to consider too. One important factor is where the essence of the art has been lost in the lineage. This, unfortunately, is the case in most schools today. They can trace their lineage to great masters in the past, and the forms they practice are genuine, but they have lost the essence.

Most schools not only have lost the essence of their lineage, they have lost the essence of kungfu and chi kung in general too. How many kungfu schools today use their kungfu forms for combat, and how many chi kung schools have experience of chi? Indeed, it is shocking that modern masters who use kick-boxing for combat, and who do not believe in chi are just three generations from great masters in the past famous for their kungfu combat efficiency and internal force.

We were incredibly generous in wanting to help practitioners of such lineages recover the essence of their arts. We went to the extent of saying they could learn from us and return to teach in their own schools what they found useful without mentioning the material was from us. Such generosity was rare in the whole of kungfu and chi kung history. But either they do not believe us or are too proud to learn from us.

While it is true that the Shaolin and Taijiquan arts are non-religious, and many Shaolin and Taijiquan masters were and are Christian, Muslim and of a religion other than Buddhism and Taoism, not many people, especially those outside our school, know this fact. Therefore, we are particularly careful not to hurt the sensitivities of followers of other religions.

Buddhism and Taoism are not religions in the way most Westerners conceptualize what a religion is. The gist of Buddhism is avoiding evil, doing good, and cultivating the mind. A Taoist is one who cultivates the way to attain Truth. There is no requirement whatsoever to believe or not to believe in any particular Teacher.

Maintaining a lineage is not vanity or attachment, though some schools regard lineage in this way. They may have descended directly from great masters in the past, but if they claim that kungfu cannot be used for fighting and internal force is not true, as many of them do, they are actually insulting the great masters of their own lineage.

Other schools may not make such claims, but if they cannot use kungfu for combat and have no internal force, like what past masters of their lineage used and had, and they make no effort to restore the great achievements of their own past masters, they are not paying due respect to the masters of their own lineage even though they may have much attachment to their lineage, possibly to boost their reputation.

Maintaining a lineage is a good way to show respect and gratitude to the masters who passed down the arts to us. In our lineage, except for the Venerable Chee Seen and Uncle Righteousness, who were well known in Chinese kungfu circles but not in the West, the other masters were not well known. This is testimony that we did not attempt to use our lineage to glamorize ourselves. Rather we maintain our lineage because we honour and are grateful to our past masters. Indeed, the past masters in our lineage are becoming more well known now because of our effort in honouring them.

Stretching our history to the remote past from the Buddha to Bodhidharma, there are two invaluable lessons worth noting, though many people may not be aware of them.

Followers of the Buddha's teaching right down to the time of Bodhidharma never called their practice "Buddhism". What did they call it? In Sanskrit it was called "dharma", and in Chinese it was called "jiao". Both "dharma" and "jiao" mean "teaching". There was no connotation of religion at all.

Bodhidharma, like the Buddha, was Indian, not Chinese. When I first taught Shaolin kungfu and later chi kung to non-Chinese, many Chinese masters fiercely opposed my action. I could readily reduce, if not totally erase, their objection by reminding them that the great Bodhidharma, whom we sincerely and gratefully honour as the First Patriarch of the Shaolin arts, was Indian, not Chinese.

If there was any objection left, I could remove it by subtly suggesting that if they were still not happy, they could always spar with me. It was not logical, but the general attitude was that if your kungfu sparring was superior to them, especially if you demonstrated it gracefully without them losing face, they would "moh wah ho kong" (Cantonese), which means "have nothing more to say". 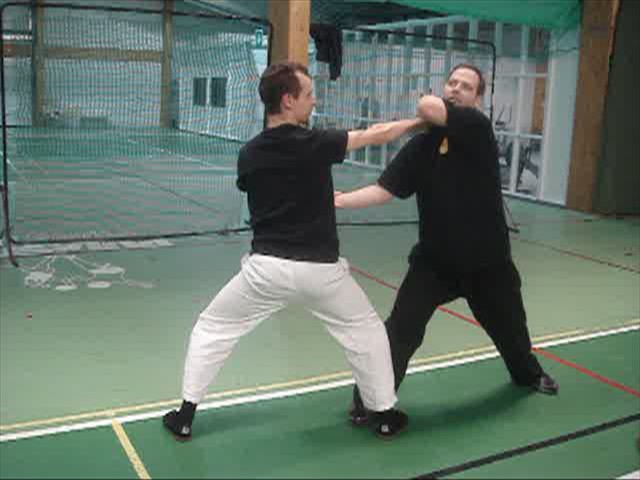 Before I present my thoughts on how the teaching had evolved over time from the Buddha to Bodhidharma, please bear in mind that the teaching of both the Buddha and Bodhidharma aimed at helping students attain Enlightenment, not attain good health, vitality, longevity, peak performance and combat efficiency as we now do in our school

In Patriarch's Zen an aspirant aimed to attain no thought or no mind. There were two main approaches, using Zen meditation and using seemingly illogical questions known as "gong-an" (koan). Eventually he "saw" his Original Face and attained Enlightenment.

Buddha's Zen was described as "teaching within the tradition" because it was orthodox, and was systematically practiced in monasteries. Patriarch's Zen was described as "teaching outside the tradition" because it was unorthodox even when it occured inside a monastery. For example, a monk might ask his master what the meaning of Bodhidharma coming from the West was, and the master might suddenly barked like a dog!

Yes, with the burning of the Shaolin temples, the Shaolin arts have deteriorated to a ridiculous level now. Instead of practicing Zen, people now study Zen -- and they do not even know what the difference is. Instead of using kungfu for combat, they bounce about and use kick-boxing. Instead of using chi kung to develop internal force, they lift weights and build big muscles.

Yet, there is real hope that we may continue to develop and crystallize the Shaolin arts further. Others may call us boastful or presumptuous, but we are honest with ourselves. The standard of our attainment is still far below that of past Shaolin monks and masters, but the speed and efficiency of our accomplishment is truly astonishing.

For example I just came back from a "Cosmic Breathing" class in Spain. About half the class experienced their spirit expanded beyond their body! This is simply incredible, and we can understand if other people think we are lying. If Shaolin monks in the past could have similar results after five years of cultivation, it would be considered remarkable.

In the Shaolin Kungfu class concluded yesterday, relative beginners experienced internal force on the first day of training, and were able to use Shaolin Kungfu in free sparring on the third day. It is true their force is nowhere near that of an external martial artist at black-belt level, and our beginning students would be badly beaten by him in free sparring. 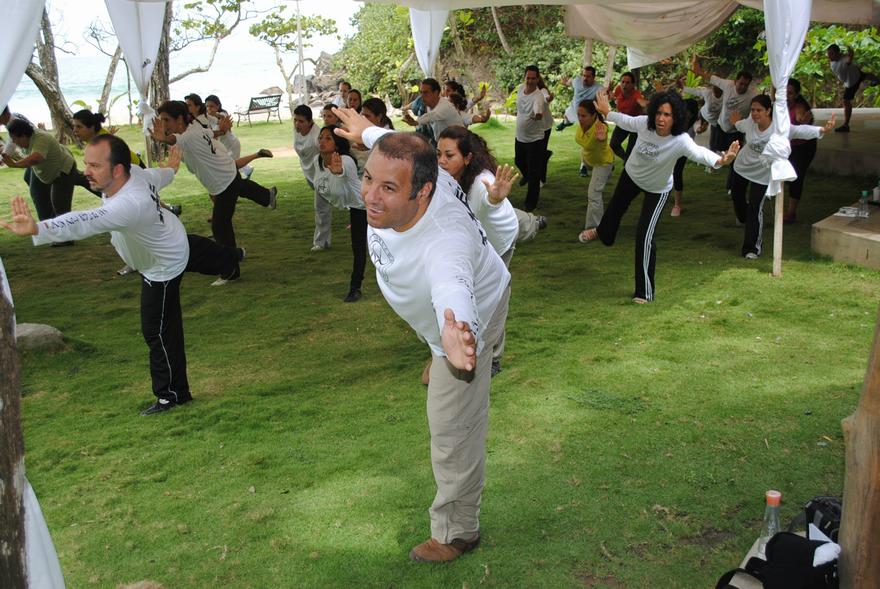