WHAT IS THE HIGHEST ATTAINMENT IN BAGUAZHANG? 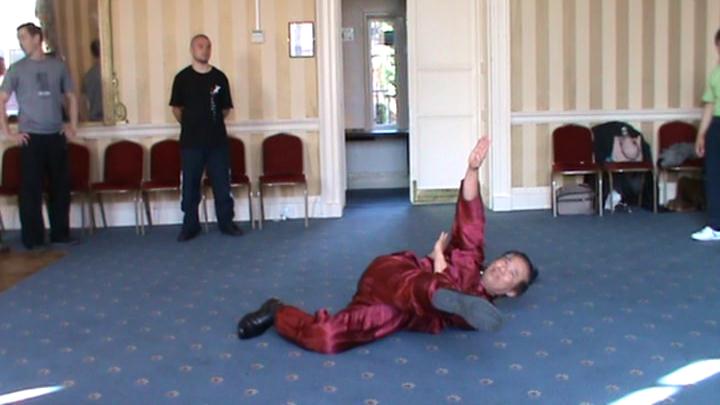 The highest attainment of Baguazhang is longveity with agility

Sifu, what is the highest attainment in Baguazhang?

The achievements of all martial arts fall under one, two or all of these three categories:

Combat efficiency is the basis of any martial art. If one practices a martial art and is unable to defend himself, we can rightly say that what he practices is not genuine. Shockingly, the great majority of martial artists in the world fall under this below-par category. Either they exchange blows generously, which means they cannot defend themselves, or worse, they do not even know how to exchange blows.

Many martial arts, when practiced genuinely, only provide combat efficiency, but not good health and spiritual cultivation. As they fulfill only one of the three categories of benefits, we call them third-class or mediocre martial arts. Examples are Boxing, Kick-Boxing, Karate, Taekwondo, Mixed Martial Arts, Wrestling, Judo and Muay Thai.

Some martial arts contribute to combat efficiency and good health, which includes vitality and longevity, but not to spiritual cultivation. As they fulfill two of the three categories of benefits, we call them second-class or good martial arts. Examples are external styles of kungfu, like Choy-Li-Fatt, Wing Choon, Hoong Ka, Tantui, Praying Mantis and Eagle Claw.

Many of the masters of these styles are highly spiritual. They have internal force, and are generally peaceful and happy, which indicate spiritual development. But this is an exception -- they are masters, and they form a very small percentage of the total number of practitioners. Their external training has gradually evolved to become internal, which contributes to their spiritual cultivation, or they were selected for special internal training.

Amongst these great arts, Taijiquan and Shaolin Kungfu are a class above because they lead to the highest spiritual attainment, referred to as merging with the Tao, seeing the Original Face, or in Western terms returning to God the Holy spirit. The other great arts do not purposefully aim at this attainment, but their training, often without the practitioners' conscious knowing, cultivates the practitioner's spirit.

On the other hand, the training of third-class martial artists, by their own definition, is taking punishment, like striking their fists or legs against poles, and pushing their abilities to their limits like lifting weights, running and rope skipping, which insidiously damage both their body and their spirit.

It is a pity that many martial artists do not realize this philosophy, and damage themselves physically and spiritually without their own knowing. In the past when samurais fought for their lords for a living, or in the present when young Muay Thai fighters fight in a ring to feed their parents' families, their sacrifice is justified, though lamentable. But it is just folly due to ignorance when people submit themselves to such suffering as a hobby.

In my opinion, the greatest achievement in Baguazhang is attaining longevity with good health, vitality and agility. Many Baguazhang masters live beyond eighty. Not only they are also healthy and fit, they can still perform their Baguazhang excellently, including rolling on the floor. Their remarkable achievement is no co-incidence. Their Baguazhang training has contributed to these attainments.

As I have said, the answer is subjective. It is influenced by personal choice and values. Some people may regard combat efficiency as Baguazhang's highest attainment, others may regard it as spiritual cultivation.

Personally, while I agree that Baguazhang is highly efficient for combat, it still does not have the breadth and depth of Shaolin Kungfu, or even Wudang Taijiquan. The two highest regarded arts, chin-na and dim mark, are found in Shaolin Kungfu and Wudang Taijiquan, but not in Baguazhang, at least not in the Baguazhang that is popularly practiced, though Baguazhang classics mention that the 72 Shaolin chin-na techniques are hidden in it.

Perhaps the highest martial art attainment a Baguazhang master can achieve is "Strike Across Space Palm". But even the training for this art has to be borrowed from Shaolin.

The levels of spiritual attainments of practicing Baguazhang are high. Despite being powerful and highly combat efficient, Baguazhang practitioners are generally peace-loving, soft-spoken, kind and happy. These are no mean achievements, especially considering that many martial artists today are stressful and angry -- at other people and at themselves.

But Baguazhang training by itself will not lead to the highest spiritual attainment of merging with the Supreme Realtiy. If a Baguazhang master attains this most noble achievement, it is through other means, like Shaolin Zen meditation or Taijiquan Taoist silence-sitting.

Nevertheless, Baguazhang or any other martial art in our school is different. What is not originally available in any art, is attainable by us in that art. With our breath and depth, we can, for example, employ Baguazhang for chin-na and dim mark. We can practice what we call a third-class martial art like Karate as first-class giving us combat efficiency as well as good health and spiritual cultivation. It is not for no reason that we claim ourselves to be elite.

But, of course, it will be more cost-effective if we use an art that is specially designed for the purpose, like Wudang Taijiquan. 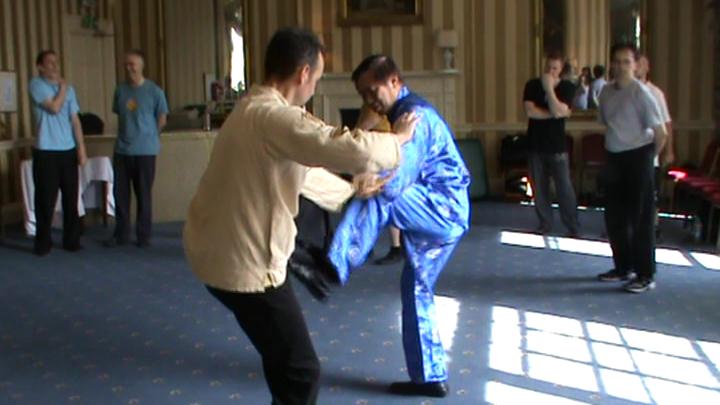 Baguazhang is very effective for combat

The questions and answers are reproduced from the thread 10 Questions to Grandmaster Wong -- Baguazhang (Pakua Kungfu) in the Shaolin Wahnam Discussion Forum.