THE THIRITY SIX STRATEGIES AND THE I-CHING 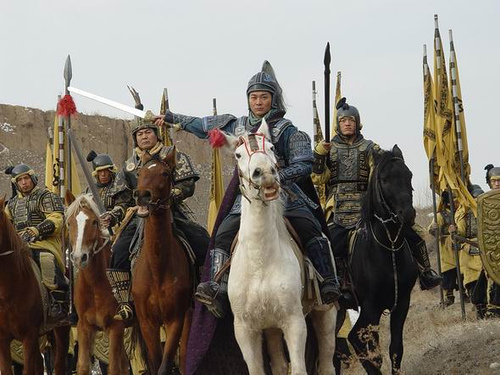 Han Xin leading the Han Army against the Chu Army

Is there any link between the 36 Strategies and the I-Ching? And if so, could you elaborate on the connection?

As it is often the case, the answer can be yes and no.

Yes, the 36 Strategies are linked to Yi Jing (I Ching) because many descriptions of the strategies come from Yi Jing. No, there is no connection because without knowing the Yi Jing, one can still apply well and benefit much from the 36 Strategies.

Descriptions in Yi Jing are used to explain many of the 36 strategies in a very concise manner. For example, the explanation of the eight strategy, "Escape via Chen Cang" was taken from the Yi hexagram in Yi Jing which symbolizes "Wind". The explanation reads word by word as follows:

Without background understanding, even those who knows Chinese, especially modern Chinese, may not know the meaning above. The figurative meaning is as follows.

You purposely reveal certain signals to your enemy. But your real intention is hidden and different. In this way you can attain your purpose. The development of your hidden plan is swift and inauspicuous like wind blowing through any holes.

The strategy originated from the story of Han Xin defeating Zhang Han in a critical battle. In 206 BC Hang Xin was a great strategist and general under Liu Bang, who later became the first Emperor of the famous Han Dynasty. Zhang Han was a general under Xiang Yu, who was a rival of Liu Bang after the fall of Shih Huang Ti of the Qin Dynasty.

Then, unexpectedly, the Han army came from behind, not in front from where the roads had been repaired. The Chu army was devastated.

The Han army repaired the roads to give a false impression that they would attack from the front. Secretly they went on a detour via a small town called Chen Cang to attack from behind.

During the Second World War in 1944 the allied forces used this strategy of "Escape via Chen Cang" to defeat the Nazis. The allied forces were concentrated in England to cross over to the European continent for their offensive. The most obvious landing would be at Calais, which was the closest to the English coast.

The allied forces held landing exercises opposite Calais. Secret intelligence was intercepted by the Nazis indicating that landing would be at Calais. The Nazi army accordingly focused their defence at Calais. They were taken by surprise when the historic landing was at Normandy. 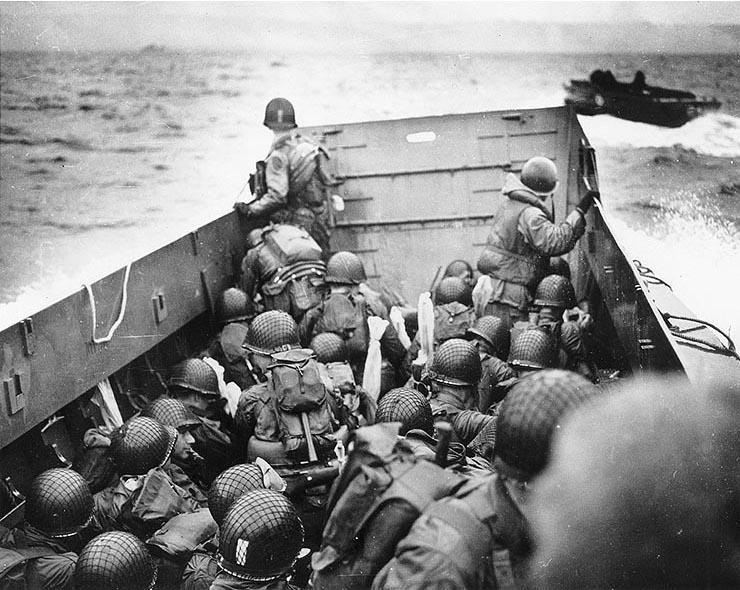 Landing at Normandy during World War 2

This strategy, "Escape via Chen Cang" is similar to but not the same as "Sound East Strike West". Can you tell the difference?

The explanation for the next strategy, "Watch Fire from Other Shore", was also taken from the Yu hexagram in Yi Jing which symbolizes "Pleased", as follows;

The figurative meaning is as follows:

When the enemies are fighting amongst themselves, you should stay low and avoid them. The fighting and description among the enemies will lead them to destroy themselves. Then you can move in without much effort and reap the benefit of your mission.

In 342 BC the Wei army attacked the state of Han. The King of Han appealed to the state of Qi to help. The King of Qi held an audience and sought the advice of his ministers. The ministers were busy deliberating the issue but could not come to a conclusion, except Sun Bin, the great strategist, kept quiet at a corner.

The King of Qi asked Sun Bin for his advice.

"But not now. If we enter war now with Wei, we would weaken our army. The Han army is only at the start of a war, and is still strong. We shall reply to the King of Han that we shall support Han. This will give the Han army confidence. Let the armies of Han and Wei fight themselves. When they have worn themselves out, we can enter the war."

The King of Han was happy that he had support from Qi. The Han army fought gallantly. But the Wei army was stronger. Both armies wore themselves out. When Han was about to be defeated, Qi sent its army and easily defeated Wei.

In modern times, a good example of this was found in the Sino-Japanese War which erupted in 1937. Chiang Kai Sheh's nationalistic government asked the United States for help. But while supporting the Chinese, the United States reaped much reward from the its tremendous export to Japan.

For example, whereas its earlier exports averaged US$1.7 billion, in 1937 the United States exports to Japan reached US$2.9 billion, of which 60% consist of petroleum and steel, the very material needed for war. In 1938 the United States sold to Japnn airplanes worth US17,150,000 million, which exceeded the amount of the previous year by US$15,000,000 million.

When Japan bombed Pearl Harbor in 1941, the United States woke up from its mistake. When all the warring countries had worn themselves out after the Second World War, the Chinese Communist Party under Mao Tze Tung set up the People's Republic of China in 1949. They benefited the most from the Sino-Japanese War between the the Chinese Nationalistic government and Japan. 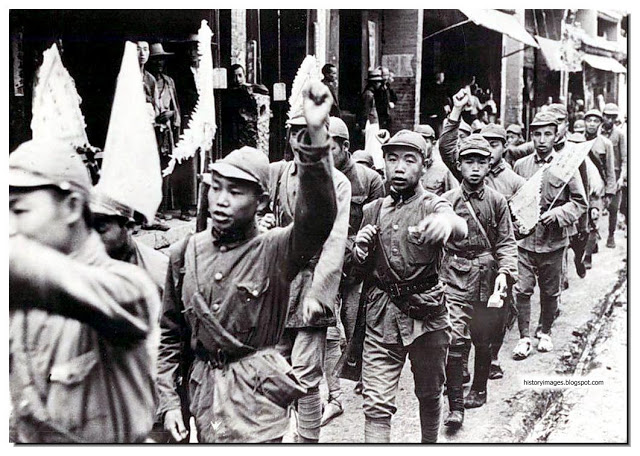