WHAT MAKES THE 36 STRATEGIES SO SPECIAL? 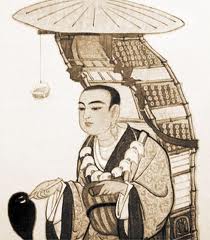 In the world the Art of War is more famous, but in Chinese societies both inside and outside China the Thirty Six Strategies are more well-known. During conversations, Chinese often mention the names of some of the strategies, such as Rob While Fire is Burning or Borrow Knife to Kill Another like common sayings though they may not know about the strategies.

The Thirty Six Strategies are special because they consist of 36 different tricks of an extensive variety that spanned across many centuries. One learns not just 36 tricks themselves but the principles behind the tricks that give rise to countless other tricks which because of their extensive variety can be used for any situations. In other words when you are familiar with these 36 tricks and their principles, you can have any tricks for any occasions.

Let us take an example of the trick, Rob While Fire is Burning. This strategy came from the famous novel, Journey to the West. While journeying to India to get sutras back to China, the Venerable Tripitaka and his disciple, the Monkey God, stayed a night in a temple in a wilderness. The abbot knew that Tripitaka had a magnificent robe presented to him by the Tang Emperor. He requested Tripitaka to show him the robe. But seeing the robe was so magnificent that he became greedy and wanted the robe for himself.

He thought of a trick. He said that he was old and feeble and could not see the robe properly. He requested that Tripitaka lend him the robe for a night so that he could admire it in his own room. Being an embodiment of kindness, Tripitaka consented.

The abbot called his monks together to scheme to have the robe for himself. A monk suggested that they set on fire the room in which Tripitaka and Monkey God were sleeping. While the monks were preparing the fire, Monkey God changed himself into a bee, flew out of the room and discovered the scheme. With a few somersaults he landed in heaven and borrowed a fire-prevention shield from a Heavenly King.

With the fire-protection shield, no fire could harm Tripitaka and Monkey God. Monkey God decided to play a little prank on the monks. He gently blew on the fire with the result that now the whole temple was on fire with the monks busy attempting to stop it.

In a nearly cave, known as Black Wind Cave, lived a titan called Black Wind Titan. This titan was a friend of the abbot and frequently visited the temple. Seeing the temple on fire, he flew over to help to put out the fire. But he chanced upon the magnificent robe. He too became greedy. He just leisurely took the robe while the fire was burning.

The temple was burnt to the ground. Of course Tripitaka and Monkey God were safe. Eventually Monkey God got back the magnificent robe for his master.

Cao Cao, the famous prime-minister-cum-general of the Three Kingdom Period made good use of this strategy, Rob While Fire is Burning. He led an attack on the territories of Yun Tan. Yun Tan sought the help of his younger brother, Yun Xiang. Despite numerous attempts, Cao Cao could not defeat the combined armies of Yun Tan and Yun Xiang. So Cao Cao and the attacking force left.

Soon disagreement broke out between Yun Tan and Yun Xiang. It became so bad that Yun Tan sought the help of Cao Cao to protect him. Cao Cao exploited the situation. Pacifying Yun Tan, Cao Cao led his attacking force against Yun Xiang and vanquished him. Later, using an excuse he also vanquished Yun Tan.

We should all learn an invaluable lesson from here. In future if Shaolin Wahnam ever crumbled, it would be due to internal disorder. We must all guard against this. 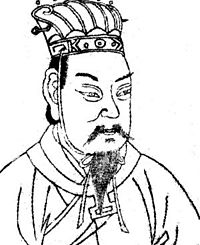 Cao Cao of the Three-Kingdom Period