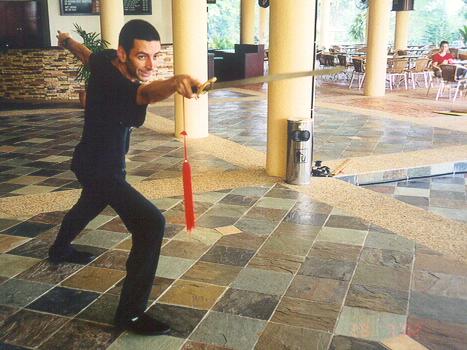 The following discussion is reproduced from the thread Taijiquan Sparring posted by Javier Galve in the Shaolin Wahnam Discussion Forum on 27th April 2003 in response to Master Erle Montaigue's opinions that the forms of Tai Chi Chuan are not meant for fighting, but “only give us the correct way of moving the body” and that we go into “the Reptile Brain method where we no longer fight like human beings but rather like wild animals.”

I'd like to touch, with my respect to Grandmaster Montaigue, some points skipped in this interesting thread.

Tai Chi Chuan (TCC) is a WONDERFUL martial art. The wonders of TCC come not only from the ability to defend oneself but from the health, the vitality, the emotional stability, the mental freshness and the inner peace it lets enjoy. So much all these factors are interrelated in a harmonious way, that only from the cultivation as such a martial art, the rest of the benefits can be drawn.

TCC is a COMPLETE martial art. This means that it lacks nothing and nothing is superfluous. Tai Chi Chuan has four dimensions, namely Theory, Form, Force Training and Application. These four dimensions are closely and HARMONIOUSLY interrelated and all related by the Yin-Yang harmony principle. Methods like the one mentioned "Attack/Defence" are not part of TCC. In its great breadth and depth, such methods are not needed in TCC. Besides, TCC is an INTERNAL martial art. This means not just to have a body agile, but also mind tranquil, energy full, internal force complete and spirit focused. 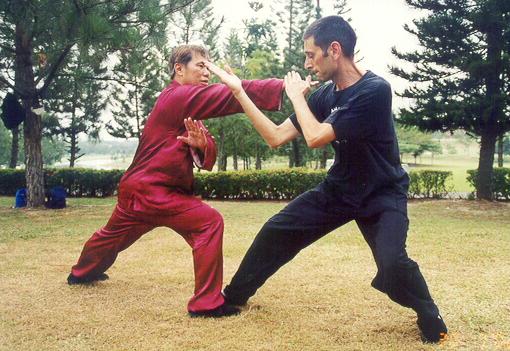 Getting to these conclusions is not an easy task. One can understand it intellectually, but not comprehend it as a lively matter. There is only one way for this -- direct experience. And from my direct personal experience I know that Taijiquan patterns can be used for combat (not just for training body movement), and it is at least effective enough to defend against top level martial artists. From my own direct experience I know internal force is real. Not only I have experienced it myself and developed it from my Taijiquan training without the need of outside help like weight training but, like many others, also have experienced its manifestation in many different combat situations.

Sparring without protective gear is safe when properly practiced. Sometimes, it can be helpful to receive a "gentle" punch or kick for it can generate an internal cleansing process that can clean up even other old and deep internal injuries. Someone who has trained to be struck with full force, would think lightly of a gentle kick, and consequently may suffer serious internal injury without even knowing it.