DERIVING BENEFITS FROM THIS THREAD 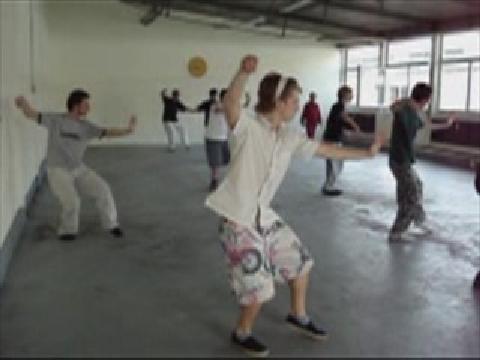 Practicing genuine kungfu where internal force is an integral part of the training is an excellent way to develop mental clarity. Internal force is an internal part of the training here in the Tantui class at the Intensive Shaolin Kungfu Course in Frankfurt in June 2007, otherwise the participants would not be able to train vigorously and continuously for three hours without feeling tired nor thirsty.

The main aim of this thread is to dispel ignorance and untruths as revealed in Baguamonk1's posts, as part of our on-going effort to present quality information in our forum.

Deriving Benefits from this Thread

This is my concluding post for this thread, unless Baguamonk1 or other persons post untrue statements after this, which require clarification.

The first post was chosen because I was appalled not only at its ignorance and untruths but also at the authoritative manner Baguamonk1 presented these ignorant and untrue statements, as if they were facts. When his mistakes were pointed out, Baguamonk1 had the habit of saying others had put words into his mouth or he was quoted out of context. The first chosen post is excellent evidence to prove him wrong. Baguamonk1's own words were quoted in full and in the exact order they appear in his post.

While the material for my posts were supplied by Baguamonk1's ignorance and untruths, my posts were not written for Baguamonk1 alone, though he would probably be the one who could benefit the most from them. The posts are meant for Shaolin Wahnam students as well as other forum members who may want to benefit from this debate.

What benefits can we derive from this debate? There are four main benefits:

In many ways, the fourth benefit may be the most significant, even for serious martial artists. Having internal force and combat efficiency in Chinese martial arts are of course desirable, but it is having mental clarity that is perhaps the most beneficial in our everyday life.

Practicing genuine internal arts is an excellent way to develop mental clarity. But for those who may not have this opportunity, going over how Baguamonk1's statements, which he thought were true but were shown to be untrue, may provide some exercise in this direction.

One encouraging development is that towards the later part of this debate, Baguamonk1 seemed to have realised his earlier mistakes, though he did not admit it and has changed his views. Some examples can be found in my previous post.

Nonetheless, I would like to thank Baguamonk1 for providing this opportunity for me to crystallize my thoughts on these issues and practice presenting them in a clear, coherent manner. I wish Baguamonk1 success in whatever path he chooses to follow.

Many thanks to all of you who contributed to this thread. 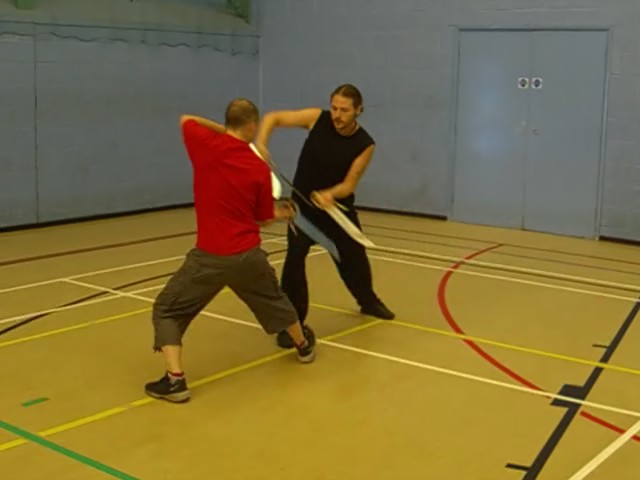 Mental clarity and calmness are essential in weapon sparring, as shwon here between Sifu Mark Appleford and David at the Weapon Course during the UK Summer Camp of July 2007