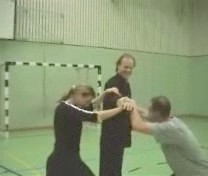 All along for centuries, the reality of chi and the effectiveness of kung fu for combat are established facts in Chinese culture as well as in kung fu culture.

Oh jesus, I don't deserve this kind of thread

No seriously, I don't deserve it

I'm sorry if I have offended or disillusioned anyone, keep up the training!

Oh and when Bruce practiced and embraced WC he did low kicks too. He only began to train high kicks after he left his stylistic boundries behind and started to get his hands on everything.

I am a horrible ignorant person. Let the truth be shown! Different perspective= bad, selfish, ignorant. Pretty much everything you have "quoted" as means to attack me, I have already gone into depth as to why I said it and what I mean. Its not worth retyping everything again. It is easy to pick bits and chunks here and there to get your points across.

Also I don't think he meant anything of what you just said above. Bruce said exactly what you said in one of his first books (about gong fu). That is a complete system, that every CMA had an answer to everythign it needed. That is true. His criticisms were based on people who acted like they had the answer, but could not prove it. Or rather the amount of hypocrisy and lack of concrete application in alot of these arts. He was hot-headed, and often disrespectful, that Is what I did not like about him. You cannot deny he contributed a great deal, read his essays, his quotes, good stuff. I don't know why you think he was "anti-" cma, he promoted a great deal of it....I even said that his understanding of other gong fu styles was not accurate because of his limited experience in wing chung!

Also I did not mean to say that Chi did not exist, I was saying that alot of people, including CMA practicioners are getting tired of the connotation these words, and old philosophies bring. I wasn't talking about myself, nor was I discrediting it.

I love the "spin" that has been placed on everything, Its like here is the quote. "Now let me tell you WHAT he meant and under what context....YOU SEE!!!! Its ignorant and just...WRONG!!"

Bruce trained the basics over and over...His usage of drugs and chemicals and exactly at what time, and when, what period of his life, is sort of unknown. Just because he did this, does not mean he did not train basics over and over. In and after his Wing Chung days he trained. When he started to form JKD, is when things probably started getting out of control. You can't say "he did drugs" and relate that to his WHOLE life of training/application. You can't say "Because so and so did a drug at this period of his life..lets discount ALL of his life and possibilities"

It is true that Chuck Liddel does not live by the sword or swing a Halbred around, but I would love to see anyone show me proof that they do.


Firstly, thank you Baguamonk1 for joining this thread to share your views.


This thread is not just for you, so no need to worry about it. However you may potentially gain the most benefit here, who knows.

Bruce Lee left his "stylistic boundries" to seek and practise in a way that was detrimental to his health. He was a good fighter due to his skill and not because of throwing away stances or weight lifting.

If Bruce Lee really did have a complete understanding of Wing Chun and Chinese martial arts in general, he would not have trained the way he did.

This is not an attack. Your posts are simply full of untruths and as mentioned already the Shaolin Wahnam forum is dedicated in spreading quality information.

I just wanted to pop in and say I really appreciate you starting this thread.

I think Jordan Sisook was very clear that the thread wasn't an attack against you at all. I appreciate him clarifying the information you present in the forum. I believe it is important that Wahnam leadership show us younger members what information the organization agrees with, and what isn't.

You're welcome to post your opinions in the Wahnam forum, it is not just reserved for Wahnam students (and it could be.) This way we all learn from each other. I don't think there's any need to write in such a defensive tone, but perhaps that is just a stylistic difference. Jordan is being quite calm, clear, rational and compassionate. I will note that I am encouraged by your participation and attempt at having a discussion. 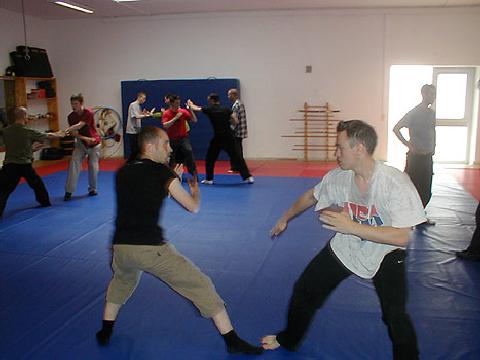 All the kungfu techniques and forms are what they are for the purpose of combat efficiency, and not for pleasing spectators. The picture above shows Shaolin Wahnam students using kungfu forms for free sparring during a Shaolin Kungfu course in Germany

Calling a Spade a Spade

This thread is a continuation of Sifu Ronan’s thread Dispelling Ignorance and Restoring the Glory of Kungfu and Sifu Anthony’s thread Revealing False Statements, as part of our on-going effort to dispel ignorance and untruths among many kungfu practitioners today. As instructors of Shaolin Wahnam, we regard this as a sacred duty to our students in particular and to the public in general.

As Sifu Anthony has said, we want to call a spade a spade. If it is ignorance, we say it is ignorance; we do not want to sugar-coat it and may therefore give a wrong connotation by saying something like “a statement of fact or opinion, depending on how you look at it, which may be proven wrong and therefore be harmful to other people, and which is due to the speaker's or writer's inadequate or incomplete information or education”.

I would also like to mention that the evidence I present here is not gathered in bits from various places. It is gathered from every bit in just one random post! You can imagine how many more bits there will be if we make a thorough search.

Baguamonk1 mentioned that he could also gather bits to show ignorance and untruths, presumably from my posts or the posts of other instructors. I would be very glad that he does so, so that I can learn from my mistakes if any. I do not speak for the other instructors, but I believe they also share my feelings. But if Baguamonk1 cannot do so, I would have to conclude that this is another of his untrue, and in this case irresponsible, statements.

Dispelling of ignorance and untruths follows in the next post.

This statement was untrue. If Baguamonk1 truly got “deep” into genuine Shaolin Kung fu or any genuine Chinese martial art, he would not be saying the things he is saying now. He would not say chi is an exotic term for body movement, or one could not use “picture-perfect” kung fu patterns in combat.

This untrue statement shows Baguamonk1’s ignorance as well as lack of respect for his teachers. For example, when genuine teachers say that stances are essential in kung fu combat, Baguamonk1 mistook this fact for an opinion, and thought it was wrong because he himself could not apply stances in combat.

He did not respect the teachers’ wisdom and straight-away concluded that this was wrong, and that Bruce Lee was right in discarding stances.

Baguamonk1 based his understanding on his reading and intellectualization, not on direct experience. He did not, for example, bother to learn from those who said stances were important, and find out from direct experience whether this was valid.

Baguamonk1 was also wrong to say that Bruce Lee never criticized traditional martial artists for being traditional. In fact, Bruce Lee’s well known disregard of traditional kung fu forms is a direct result of this criticism.

I do not really know what Baguamonk1 meant by saying Bruce Lee criticized traditional martial artists for specific ridiculous attitudes. From his posts in the forum here, I reckon that saying chi is real and kung fu patterns can be used for combat would be ridiculous attitudes according to Baguamonk1.

It is untrue that the ridiculous attitudes, like saying chi is real and kung fu can be used for combat, grew out of the times of modern China and its culture. In fact the reverse is true. All along for centuries, the reality of chi and the effectiveness of kung fu for combat are established facts in Chinese culture as well as in kung fu culture. To tell a traditional Chinese that chi is unreal or to tell a genuine kung fu practitioner that internal force is unreal, is like telling a Westerner than air is unreal or to tell a weight-lifter that muscular strength is unreal.

Again I am not sure what Baguamonk1 wanted to say. Obviously he lacks mental clarity, despite his practicing three internal arts, to think clearly and to say things clearly.

I guess he meant that one of the ridiculous attitudes of traditional martial artists was to make their techniques and forms flowery to please spectators. This untrue statement again shows Baguamonk1’s ignorance.


I don't know what Baguamonk1 wanted to say. Does anybody know? I doubt Baguamonk1 knows what he himself said. In many cases he seemed to use words without actually knowing their meanings or significance.

I don’t know what religions have to do with the topic here, or with stylistic boundaries

I don’t know what Baguamonk1 was ashamed of, but I know he should be ashamed of himself if he thought that traditional masters used chi kung tricks. He was insulting all genuine chi kung and kung fu masters, past and present. The chi kung feats of genuine masters are genuine. They do not use tricks. It is due to his ignorance that Baguamonk1 thinks these feats were untrue.

Again these untrue statements show Baguamonk1’s ignorance. Chi kung feats, like Sifu Andrew’s unbendable arm and Sifu Ronan’s breaking a bottom brick with breaking the one on top, can be explained by laws governing internal force, which are natural, not supernatural. But Baguamonk1 is too dogmatic and close to listen.

These chi kung feats are not simply “physics” tricks as Baguamonk1 arrogantly and ignorantly claimed. If they were simply physics, they could be explained by many people using physical laws.

Yet again Baguamonk1 demonstrated his ignorance and lack of mental clarity. If Baguamonk1 meant that one would waste time when approached the attainment of supernatural abilities, Baguamonk1 was again wrong.