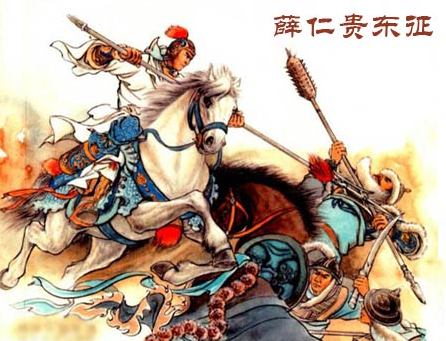 Which of the Thirty Six Strategies do you personally find the most beneficial and effective in term of profundity in simplicity, in order to enrich private and business life?

The strategy I find most beneficial and effective is the first one, Deceive Heaven to Cross Sea. It is simple. Basically it consists of making a feint move to accomplish a desired result. Actually all other strategies are covered in this strategy. All other strategies consist of making feint moves to accomplish desired results. Hence it is very profound.

A special feature of this strategy is that the deception does not appear to be very special. In fact it looks common, so that the enemy will not suspect the deception. Kungfu classics are a good example. A lot of secrets are hidden in the open, but unless they are initiated, people will not realize these secrets.

Hiding secrets in the open is found not just in classics but also in practice. Wuzuquan and Xingyiquan are good examples. When I first learned Wuzuquan more than 40 years ago I did not know how to use its patterns for combat. I believe many Wuzuquan practitioners today, despite having practiced for many years, are in a similar situation. But I am sure those who attended the recent Wuzuquan course in Penang are amazed that the patterns from San Zhan, the fundamental set of Wuzuquan, can be used to counter any attack! It is an excellent example of profundity in simplicity.

Another excellent example of profundity in simplicity is Xingyiquan, known to be the kungfu for generals. I knew for a long time that of all the kungfu styles, Xingyiquan is the closest to Western Boxing, and thus will be very helpful to those who want to win free sparring competitions as most competitors today fight like Boxers and also that most competitions follow rules closely related to Western Boxing.

But in terms of techniques, I did not know what a Xingyiquan practitioner would do if an opponent went beyond the simple techniques found in Boxing and Kick-Boxing and used sophisticated techniques like those found in the Shaolin Seventy Two Chin-Na Techniques or the little know felling techniques of Taijiquan. I reckon that the Xingyiquan practitioner would compensate his lack of extensive techniques with his tremendous force, for which Xingyiqaun as well as Wuzuquan are famous. (In my case, it was not a big concern because I could always fall back on my Shaolin and Taijiquan counters.)

Yet, as in the case of Wuzuquan earlier, when I went deeper in both the practice and philosophy of Xingyiquan in preparation for teaching the course at the UK Summer Camp, I found to my delight that even leaving aside internal force, simple looking Xingyiquan techniques do have counters for sophisticated attacks! Xingyiquan is not just bulldozing into opponents, as many people mistakenly think, but incorporates covering opponents adequately in its apparently straight-in advance. It was an aha experience for me to discover why this simple-looking style is regarded as kungfu for generals.

I am not sure whether the early Wuzuquan and Xingyiquan masters used this strategy of Deceiving Heaven to Cross Sea to hide secrets in the open. Personally I do not think so. The profundity in the apparently simple-looking arts evolved spontaneously. But I am sure that knowing this strategy by reading the answer here, or better still attending the course in Ireland, will enhance our ability to go deeper and obtain more benefits not just in kungfu and chi kung but in whatever we do when most other people merely skim the surface.

There is a lot of depth and benefit in the kungfu and chi kung we practice. For those who have not practiced Wuzuquan or Xingyiquan, let us take an example of Single Tiger Emerges from Cave from Shaolin Kungfu and Immortal Waves Sleeves from Taijiquan, and Lifting the Sky from chi kung.

The form is simple, and most other people merely practice their form. Any benefit they get is incidental. For us in Shaolin Wahnam, not only we know that the form is only a means to obtain benefit, but we get benefit deeper than what its surface suggests.

Single Tiger Emerges from Cave or Immortal Waves Sleeves is not only a counter where we can use minimum force against maximum strength, but is also applicable against any attack, be in striking, kicking, felling or chin-na! Lifting the Sky not only generates an energy flow, but gives us benefit ranging from just being relaxed to expanding into the Cosmos.

The past masters did not use the strategy, Deceiving Heaven to Cross Sea, but understanding the strategy enables us to see depth beyond surface.

An American businessman used this strategy to save a lot of money, as well as make a lot of money -- legally. He probably had not heard of Deceive Heaven to Cross Sea, but what he did was applying its philosophy.

To protect local industry, the United States imposed a lot of tax on foreign imports. A lot of American women loved elegant French gloves but they were expensive because of heavy import tax.

A smart American businessman thought of a way to save a lot of tax and also make a lot of sales. He bought 100,000 pairs of these expensive, elegant gloves from France. But he did a strange thing. He unpacked them and sent only the left gloves to the United States, with a clear indication they were left gloves.

When the 100,000 pieces of left gloves arrived at United States, he did not claim them from the customs and therefore did not pay any import tax. As it was the practice, unclaimed items after some time were auctioned away. No one would bid for only left gloves without the right gloves. So this businessman could buy back his left gloves at a very low price.

The businessman sold the expensive, elegant French gloves below normal price. As it was a bargain, many people bought the gloves and the businessman made a fortune.

The customs officials continued to look out for any consignment of right gloves. The police and immigration also helped to ensure that no right gloves were smuggled in. But nothing of that sort happened.

Did the businessman get the right gloves, and if so, how did he get them? I would let you have fun working out the answer, which will be provided later. 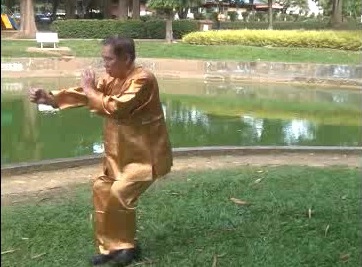