FROM THE RIDICULOUS TO THE ABSURD 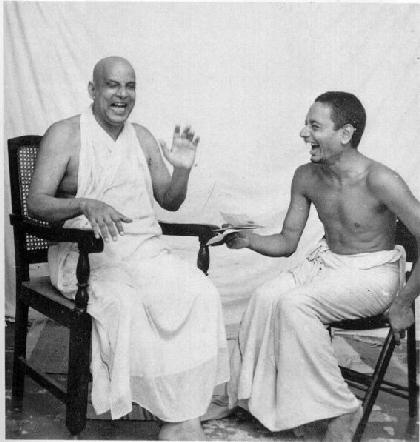 What a hoot! (This picture is supplied by Challenger.)

So...you're all going to insult my intelligence by insisting that Photo #4 of Marcus's Post #142 (please see photo 4 below) does not clearly show the defender taking his last step forward with his left foot while executing the takedown? He even comes closer to the park bench in the background as proof that he was indeed stepping forward. Anthony boldly asserted that he could perform this application exactly as shown in the photo sequence against a live opponent in one (1) second or less. This he has not done thus far. Both of his volunteered videos to date show him ending his technique with the right foot forward, and were performed solo without demonstrating the technique on a live opponent as depicted in the photo sequence.

Both videos do demonstrate his hand technique in one second or less, but not with the same footwork as the photos depict, thus requiring considerably less time to execute. Anthony knows this, which is why he presented the videos in the manner he did. Close...but no cigar! He is barely able to perform the hand technique in the promised amount of time without the extra step required by the still photos, making it highly improbable that his boastful claim could be validated in the promised amount of time with the previously omitted step included. A totally lame and pathetic joke! You completely lose face again! '

Thank you for providing the 2 yielding videos. They prove to me, just as expected, that it can be done under 1 second. I have never doubted our Shaolin Wahnam arts from the start.

I also applaud the courage, wisdom and steadfastness of my Sihengs in face of the challenges on this thread. I have learned many things from their contributions.


Editorial Note The two videos can be accessed here and here ;

Quote Originally Posted by Challenger.
“So...you're all going to insult my intelligence by insisting that Photo #4 of Marcus's Post #142 does not clearly show the defender taking his last step forward with his left foot while executing the takedown?”

From the Ridiculous to the Absurd!

I may not be the smartest guy on the planet, but I'm not blind! The still photo series of Post #142 clearly shows the defender taking an additional step in Frame #4, ending with his left foot forward in his final stance position. He doesn't merely shuffle his left foot forward in its rear position of the previous frames, like Anthony does, but actually steps forward with the left foot. Hello! The photograph doesn't lie!

Anthony approximates the performance of the arm and hand movements depicted in the still photos, but not the steps and footwork. Period! He begins and ends his video sequence in both videos with his right foot forward. He never takes that additional step forward with the left foot as shown in the still photo #4.

I'm glad the still photo sequence was posted along with both of the bogus video 'proofs', so they can be easily compared. Anyone with sufficient vision to closely examine both will be able to see that there is a major difference in the final stances of each. I am amazed that anyone would dare debate the discrepancy, and find it hard to believe that I alone am able to see the difference.

This is a grand joke, right? You're just messing with me now, right? And it isn't even April Fool's Day yet. video. What a hoot! Thanks guys. I'll be laughing about this one for years to come!

Did Simon take a step forward?

I think I've finally understood where you're coming from.

If so, this explains the confusion. The transition from picture #3 to picture #4 is a 90o degree turn to Simon's left, not swapping one foot for the other. This is why you don't see the extra step in Anthony's video's, because it was never there in the picture display.

"damn, someone spotted the changed foot position! It could have been worse, if Mark had stepped in with the other leg I would have had to switch stance completely for the throw. "Which is why students of Wahnam first learn to come back to false leg before stepping forward again. Only later is the move done as a swallow."


I believe Simon has made the same mistake as me and not noticed you are referring to a missing photo. His comment is referring to Pictures #2 & 3 in my summary, not #3.5. His answer would have read as

So he would have had to change his stance (from right to left) and it would have included an extra step (by moving the right leg back and left leg forwards), but it would still be the same as the 4 picture series (except felling to the other side).

"making what appears to be four weight transfers... i.e. forward to initially contact the pusher, backward to yield and neutralize, withdraw lead foot from inside the pusher's leg and reposition it outside his leg with a forward step, ending with another forward step to perform the takedown."

In Post #143, I missed what you were saying. There is no other step forwards, we apply the felling technique there and then.

Thanks for clearing this up for us.

To be honest, I'm really curious to see how this one turns out.

Wishing you continued mirth and merriment,