THE CONCEPT AND TECHNIQUE OF YIELDING 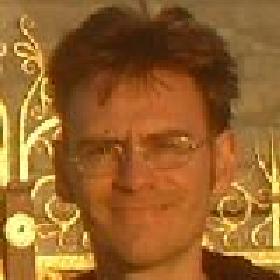 The following discussion is reproduced from the thread A Discussion on Yielding started in the Shaolin Wahnam Discussion Forum on 14th February 2006. The name of a main contributor to this thread is removed as requested by him, and is replaced by “Challenger” or a term appropriate to the occasion. As the discussion is long, it is presented here in parts.

A discussion on yielding

I have been compelled to start this thread as a result of an interesting development in another. My aim is to enable all readers to have a deeper understanding on the concept of "Yielding". This is a very important concept of Kung Fu, especially the internal arts.

Speaking on the concept of yielding in a thread in this forum, a master said,

'Yielding' is no longer a matter of trying to avoid the fight, but now entails acceding to their wishes by giving them what they insist on having...i.e. a good fight.'

I find his understanding of the yielding concept as revealed here shallow and will explain why further on.

I find his techniques as revealed here low-level and will explain why shortly.

Finally he most recently wrote:

"A skilled, trained defender with good automatic reaction and spontaneous response skills already in place will at least have a chance to lean, turn, twist, bend, duck, step, jump, or otherwise get out of harm's way in that micro-second window of opportunity to do so. It is not at all unusual when this happens, that the attacker has set in motion more speed, power, and momentum than they can control if it doesn't make contact with the intended target. And so they fall into or onto something sufficiently solid and immovable to hurt themselves...perhaps seriously."

This seems to advocate: just get out of the way of the attacker and hope that they fall, stumble or otherwise manage to knock themselves out.

Here are my reasons why I think his concept of yielding is shallow and why his techniques are low level:

"Yielding' is no longer a matter of trying to avoid the fight, but now entails acceding to their wishes by giving them what they insist on having...i.e. a good fight."

This statement shows he is unaware that yielding is part of a countering process, and not a complete process by itself. In other words a competent martial artist does not merely yield and stop there. Doing so would be committing the mistake of having yin without yang. This will result in the yielding practitioner in an awkward position.

If I remember correctly, in an earlier post connected with the Bow-Arrow Stance (but I cannot remember which post) he did mention about the occurrence of this awkward position following yielding. This further confirms his shallow understanding of the yielding concept.

Yielding is to lead the opponent to futility, then his attacking momentum is turned against the opponent himself, thus completing the yang part of the yin-yang harmony. This continuous process is expressed in Chinese as "xian hua hou ji", which means 'first neutralize then attack' . In Shaolin Kung Fu it is expressed as ”dun du”, or ”swallow-shoot”.

The techniques used here are low-level for the following reasons:

I shall leave it here for now as I'm going to source some suitable pictures to illustrate the points I have made. Until then I look forward to how this thread develops.

One Step of the Process

I would like to share my own analysis and perspective on "yielding". It is my hope that you may join in the discussion as I am interested to hear your experiences and perspectives.

From my understanding, merely yielding or avoiding an incoming strike does not necessarily result in being in an advantageous position. If the exponent is skilful enough, he may continue to press with attacks and lead his opponent to defeat.

In order to use yielding effectively, one must follow the yielding by safely neutralizing the opponent and applying an appropriate counter or control. Hence, not only will one be safe when correctly applying this process, one will gain the advantage.

I have attached an image to this post to help illustrate my points on yielding. Please find it at the end of this post.

This is merely one example of the "yielding process" of yielding, neutralizing, and countering. It is interesting to also note that yielding and other concepts of Taijiquan can be found in Shaolin Kungfu. So, I'm certain that the Shaolin Kungfu exponent have something to share.

I hope that the discussion on yielding may continue. I look forward to hearing your comments, opinions, and other examples of yielding in physical situations and your daily life.