WHY DO YOU TRAIN WITH GRANDMASTER WONG KIEW KIT

I was amazed! As a Nurse I did not think that this was possible and had never heard of energy or chi.
Sifu Joan Browne

The following posts are reproduced from the Russbo forum .

So Maria why do you train with WKK? why, I mean, choose him?

As for the instructors you've mentioned, are they normally taught first by WKK before inviting him to teach in their country, or do instructors bring him over without first hand experience? or perhaps they're actually instructors teaching for WKK, like a disciple, lineage holder?

How does it work exactly?

I am sure that Maria will answer the following herself.

But I feel that it is more appropriate that I answer your following questions, as I am one of the Instructors mentioned.

In January 2000, I went on an Intensive Shaolin Chi Kung course held in Malaysia by Grandmaster Wong Kiew Kit, which is where the ‘Intensive' courses are held.

My decision to go was mainly based on reading Grandmaster Wong's book ‘Chi Kung for Health and Vitality'. I could immediately see the difference on what he was speaking about in that book, compared to what I was being taught at a local class I was attending.

My reason for attending was because of a back and neck injury of six years. I was on 12 tablets a day —painkillers and anti-inflammatories, as well as physiotherapy, home traction and twice weekly osteopathy. The pain was continuous, like having a toothache but much more severe. In the end, the western medical consultant that I was attending told me to go home and try and live with the pain as best I could.

My prognosis was that I would never work again (I was a Psychiatric nurse) and I would probably end up in a wheelchair. By this time, I had easily spent 10,000 Irish pounds on various treatments, without any effect whatsoever. This is a true fact, as I kept all receipts.

During the Intensive course, I immediately felt emotionally uplifted and the pain ‘changed' in intensity. Over the next eight months, as I continued diligently with what I had been advised to do by Sifu, the pain became bearable and eventually disappeared. I regained full movement in my neck and can do any physical activity, probably more so, than even when I was in my twenties.

I was amazed! As a Nurse I did not think that this was possible and had never heard of energy or chi. During the six years that I travelled around to various medical professionals looking for ‘relief' not even a cure, I had met many people suffering from chronic pain. In October 2000, I invited Sifu to Ireland, so that more people could be helped. Not everybody can leave their families and travel the long distance to Malaysia and in 2000, long distance travel was not so popular in Ireland.

His schedule was full until the following February and I made arrangements with a local hotel to host the course then. 40 people signed up and each and everyone of them gained benefits, most people who attended had back problems and have been quoted as saying' the pain is gone and the pills are gone', others suffered from depression, anxiety, M.E., Psoriasis, Migraine etc.

At that time, I was just a very happy student and delighted to be able to open people's hearts to other ways of dealing with chronic pain. I was living proof that it worked and could walk my talk.

It was later that I was accepted as a student Instructor.

It is as simple or profound as that.

Why do I choose to train with Grandmaster Wong Kiew Kit?

Four years ago I met Sifu Joan at a public demonstration of Shaolin Wahnam Chi Kung, and was invited to experience a self generated chi flow. This took less than 10 minutes, was new to me, and impressed me to find out more.

I took Shaolin Chi Kung classes with Sifu Joan. Her teaching was simple, and direct. She instructed that our own practice of 10 —15 minutes a day at home was the key to success.

Then I attended a class taught by Grandmaster Wong Kiew Kit described in my earlier post to Biotic. I could see from his genuine and honest and approach why Sifu Joan has been chosen as an Instructor for Shaolin Wahnam. This experience with Sigung deepened by experience and honed my technique and absolutely confirmed my gut feeling that I had chosen well.

At that time my energy levels were such that I could only work part time having to rest 3-4 hours each day. Year on year my strength has grown. I can now hold down a full time job and I have energy to spare, having achieved many firsts in the last year; like climbing my first mountain, - the twin peaks of the Paps here in Kerry.

I am also enjoying performing with the musical society, taking language class, learning to play the bodhrán, and dancing. As a pragmatist this is further confirmation that my investment in practising Shaolin Wahnam Chi Kung, and more latterly Tai Chi Chuan is a most profitable investment.

So thank you onesp1ng for the invitation to acknowledge the lineage of Shaolin Wahnam under the guidance and leadership of Sigung Wong Kiew Kit and Sifu Joan Browne. I wish you well on your own path. 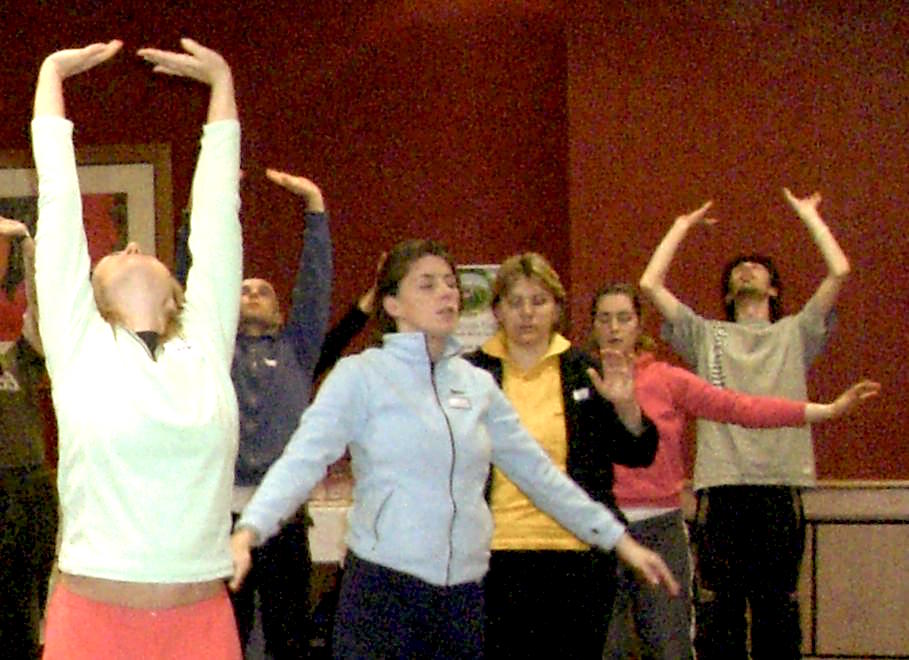