IS BIOTICS TELLING THE TRUTH OR TELLING LIES? 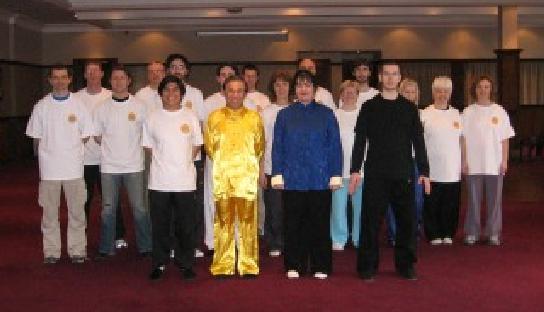 Maria, her real name, the fourth person from the right in the front row, posing with Grandmaster Wong, Sifu Joan, Sifu Wong Chun Nga, Sifu Jamie and other students of a regional chi kung course in Ireland

While I find your account rather amusing, I've decided to correct some of your "facts". This is mainly for the benefit of any sincere visitors who may get misled by such blatant inaccuracies.

The following posts are reproduced without any editing from the Russbo forum.

I'm sorry I'm a bit late in registering and replying to this very interesting topic. I have been on an “intensive” Chi Kung course with Wong Kiew Kit and one of his underlings Joan Brown in Ireland. It was expensive. Very similar to an experiment Ronald David Laing would have pulled off. There must have been at least two hundred people there so it's safe to assume the organizers and Wong Kiew Kit are making a mint! The content of the course wasn't anything special. One could quite easily learn these exercises elsewhere for a fraction of the price. After I concluded this I decided to speak to Joan about leaving (I was 1/3 into the course) and getting some form of refund. I was not given a refund; instead I was given a repetition of a Chi Kung sequence I had learnt on the first day. One could learn these techniques out of one of Wong Kiew Kit's books if you wanted to, although I couldn't count on most people being able to stomach literature that wouldn't look out of place in a Harry Potter novel. Before the session I noticed there were hundreds of books all stacked up neatly ready to be bought. Many bought them. The overall experience was a disappointment and I implore anyone who is considering going on one of these courses not to, even more so if you're going with the intent to cure an illness such as cancer. The money would be better put towards cancer research than paying through the nose for some simple breathing exercises and being told you could develop telekinesis after six months.

I have also met Marcus Santer. The discussion I had with him revealed quite a lot. I learned that he had been appointed a "Sifu" after around 4 years of learning with Wong Kiew Kit and within those four years he had never touched a weapon. Anyone that has studied kung fu would know that learning a weapon even though it's highly unlikely you're going to use one in real life compliments one's kung fu i.e. for coordination, muscle toning etc. Wong Kiew Kit even makes a point of this in one of his books. He showed me an animal set. I noticed that he had an extremely wide horse stance and his movements had no real crispness or force. It is simply inconceivable that one could become a “Sifu” in just four years. I shall only hint at the arrogance a title implies. Kind regards 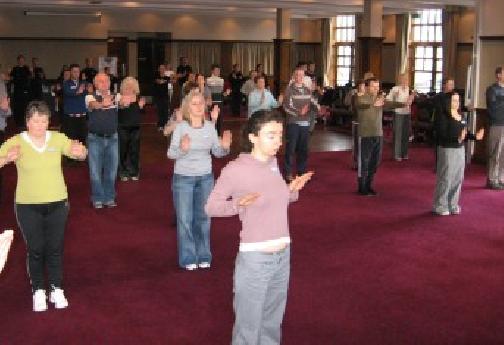 While I find your account rather amusing, I've decided to correct some of your "facts". This is mainly for the benefit of any sincere visitors who may get misled by such blatant inaccuracies.

I have taken many courses in Ireland with Grandmaster Wong Kiew Kit and have been an assistant on some. I have never seen anywhere near 200 students at a course. In fact, I know that my own sifu, Sifu Joan Browne, has a limit of 50-60 on the courses due to the constraints of venue and restaurant size.

I am also very familiar with the running and organising of the courses and know that once a student asks for a refund, provided he asks on the day, his course fee will be returned immediately. It is not the policy of Shaolin Wahnam to 'baby' people into learning, especially if they are not interested.

As mentioned, I help at the courses. There are usually about 50 books, mainly due to students requesting the availability of such beforehand.

Something that saddens me about your post is the fact that you mention ?Exploiting people is not something I'm into'. With a hassle-free money-back guarantee, regardless of what anyone may claim, it is impossible for any exploitation. Sadly, your post does, however, exploit. It exploits the possible and reasonable uncertainty people considering taking such a course may have.

Since your 'account' of Grandmaster Wong's course is a showcase of inaccurate information, I would in turn implore you not to make such dramatic appeals based on blatant falsehoods.

The true fact of the matter is that thousands of people all over the world get great benefits by daily practicing what Grandmaster Wong and the past Masters have taught. If you are unable, unwilling or undeserving to do so, other people can still decide for themselves by following personal experience rather than misleading gossip.

The true facts of this are that these courses (and I have checked with Sifu Joan on this) are organised by Instructors in various countries who invite Grandmaster Wong to their respective country. Grandmaster Wong Kiew Kit has a lot more to do than go around asking people to organise events for him. Having him accept an invitation and teach in a country is a great honour for all of the organisers. By virtue of this fact you were never asked, it is not the policy. 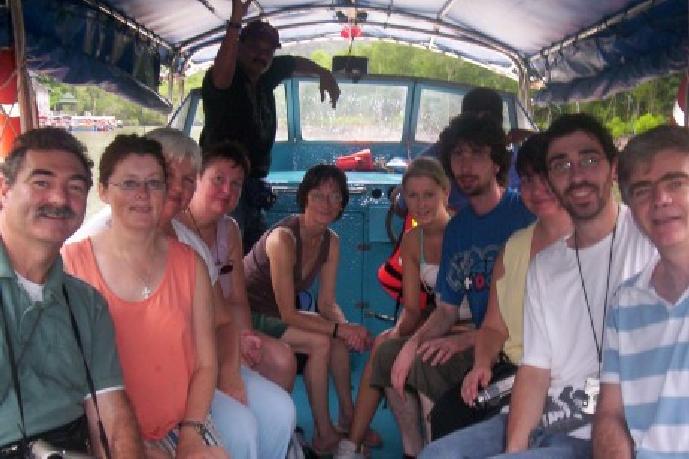