COVERING SIX MONTHS' WORTH OF MATERIAL IN JUST SIX HOURS 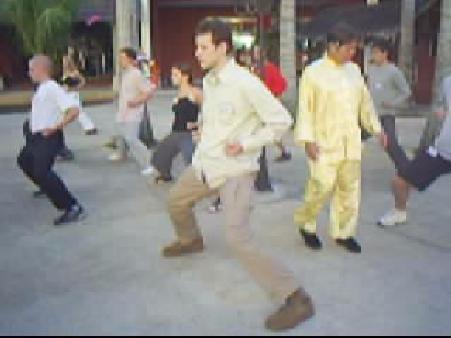 I though I'd post a report on my first day of the course. If people enjoy it, I might do the same for the others.

First a bit about the place. The hotel is very nice, although the food is so-so. There is even a... Tesco(!) about 10 minutes walk from here. Malaysia is pretty hot. Reminds me of being in a swimming pool - hot and humid, but no where near as bad as I feared. Having air-con in the room does help a lot.

So the course. I'll try and give a brief outline, because learning from Sifu Wong is an experience in itself, not something I have the skill to put into words.

We started off with a nice session on relaxation, with additional emphasis on correct posture. We also got fair warning on the '3 mistakes' rule. There were some rather intense chi-flows (all we did was close our eyes and relax, not even any patterns.) Then came the stance training, with special focus on training it as a relaxation exercise and on correct posture (in addition to form.)

Stance training was followed by 5 patterns from the Art of Flexibility.

Then came the moving in stances. This was quite intense, is the best way I can put it. Much deeper level of practice than usual. If I had to choose the best part about it, for me it was the emphasis on maintaining ying-yang harmony in the movements. This is not something I paid attention to, and I wish I had. Apart from this we worked on forwards and backwards movements; multiple directions; long to medium to short movements progression; 1, 2, 3... combined transitions in one 'move'; right to left, right to right etc modes of transition; half-steps; turning round in mid move; combinations of all of the above and free practice of this.

After lunch we moved onto hand attacks. Much emphasis on synchronization of attack with the move into the stance (attack ends at the same time as the stance is completed) and linked to this the 'spiraling force' of the attack. Learning to explode force in the attack and to root the stance.

Then we had a go at composing our own set, aimed at a specific personal need, before practicing the Lohan Asks the Way set. It felt quite a bit different as a result of the previous work on stances and strikes: much more flowing and powerful.

We finished with some spacing practice from '2 tigers'.

I think we covered about 6 months' worth of material in just 8 hours. Pretty intense, although naturally it still needs at least that much personal practice to convert the 'knowledge' into knowledge, probably much more time than that.

Anyway, I hope this is useful. It's past 23:30 and I have another early start tomorrow... Fortunately, the time difference very conveniently means that I can phone Andrea to wish her good night, just after I wake up at 06:30, so no interruptions there. 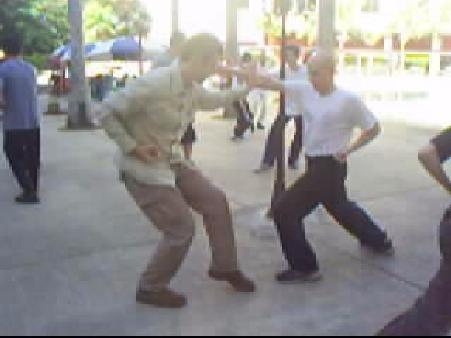 Very nice account George. I look forward to reading your accounts of the next couple of days --- when it normally starts to get more intensive (day 1 is just for fun (Laugh)