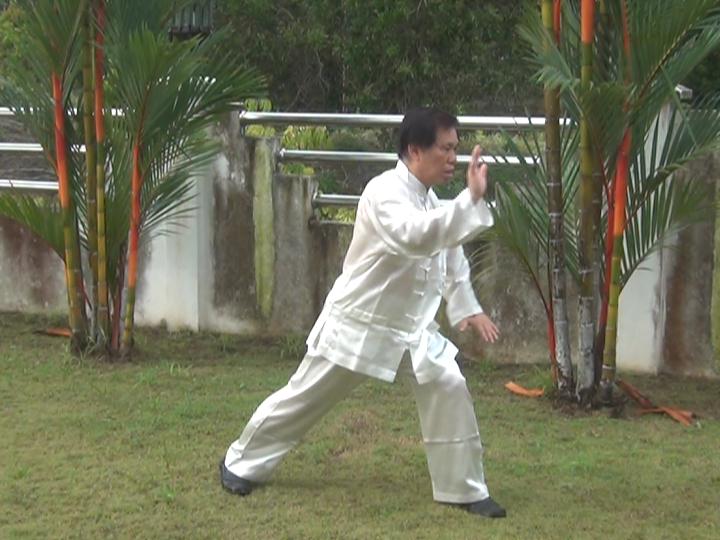 I managed to pick up a copy of the book after posting the video. I haven't gone though it yet, but from a quick glance it looks great and, as Sifu Andrea says, it has lots of nice applications. Some of the forms are noticeably different to our version of the set so it will be very interesting to ask Sigung about the set's evolution from Yang Cheng Fu to what Sigung will be teaching in February.
Kevin

Instead of telling you during Valentine 2014 the difference between our version and Yang Deng Fu’s version of the set, I thought I could do better by telling you now so that you can share the insights in the forum, which may further the lively discussion that your post has already started.

For convenience, we may classified the differences into two groups, the obvious and the hidden, which is relative because these differences in the hidden group are also obvious to the initiated, like our happy Shaolin Wahnam family members.

Many patterns in Yang Deng Fu’s version, including key patterns, are performed only on one side but in our version they are performed in both the left and the right mode. A clear example is the patterns in Grasping Sparrow’s Tail.

The form of a few patterns is different. A good example is “Carry Tiger Back to Mountain”.

Some techniques in our version are not found in Yang Deng Fu’s version. An example is Elbow Strike.

Here I provide only one example for each difference, leaving the fun of finding out more examples to our family members and forum guests.

In the hidden group, there are also three differences, namely the Bow-Arrow Stance, fa-jing or exploding force, and speed.

Fa-jing or exploding force is not shown in the original version, whereas it occurs quite frequently in our version. One must not forget that Yang Deng Fu himself was very forceful, and his exploding force was excellent, though it was not demonstrated in his version of the set popularly practiced by the public today.

Though the video clip you provided in the thread shows only still pictures of the set, it is well known that practitioners of the original set today perform it slowly. It is sometimes believed that the slower the performance the better it is. While some movements in our version are also slow, other movements are relatively fast, though, for the sake of those learning the set from the video, they may not be as fast as we shall perform them at the course during Valentine 2014.

What is more important, not just for Taijiquan performance but also for daily living, than knowing the differences between the two versions is to know the reasons why they are different. In other words, what benefits we can get by performing our version differently in the six areas mentioned above. Or, viewing it from the other perspective, what disadvantages we may have if we perform our version differently.

I shall explain the reasons below, but in order that our family members and forum guests may have fun as well as benefit discussing them first, I suggest you post my reasons a few days later.

Besides training mental clarity and logical reasoning, which will result when one discusses the reasons, he will also benefit much from enjoying the benefits or avoiding the disadvantages of the differences. Obviously these benefits are not just for Taijiquan performance but for enriching our daily life, an opportunity participating in your thread will give.

Obviously practicing techniques on both the left and the right side instead of just on one side gives us better efficiency in combat as well as more systematic development for health, vitality and longevity.

This may appear to contradict what I have said elsewhere, i.e. it is not necessary in Shaolin Kungfu to train both sides. This is because Shaolin Kungfu has a very wide repertoire of techniques which sufficiently fulfill these needs. But relatively Taijiquan does not have the extensive repertoire of Shaolin, and therefore may not have this advantage.

Using Needle in Sea Bottom as performed in the original version to counter an organ-seeking kick, which is a main function of the pattern in our version, is not effective. Using it to release a wrist grip, as mentioned in Yang Deng Fu’s book, or to pierce into an opponent on the ground, as suggested in the pattern, is inappropriate as it dangerously exposes the exponent.

A few patterns are added to the original version because the additional patterns are meaningful and useful. Elbow Strike and Shoulder Strike, for example, complete the two missing techniques of the 8 techniques mentioned in the original 13 postures of Taijiquan. Striking Tiger Poise is an important pattern in Chen Style, Taijiquan, the forerunner from which Yang Style Taijiquan evolved, and is a very useful pattern for combat.

In the hidden group, the way the Bow-Arrow Stance is performed in the orthodox version is exactly what we ask our students to avoid because not only it is disadvantageous in combat but also detrimental to health. It is telling to note that in earlier pictures of Yang Deng Fu, he performed the Bow-Arrow Stance the way we now do, and not the way shown in the original version.

It is understandable if Yang Deng Fu hid some combat applications from his ordinary students, as that was the norm then, but it is unthinkable to suggest that he distorted the form of the Bow-Arrow Stance to cause harm. Hence, there must be good reasons why the Bow-Arrow Stance is performed the way it is now performed and which we consider detrimental.

One possible reason, which might or might not be true, could be for expedient needs, like Yang Deng Fu was injured from his numerous fighting when teaching the Bow-Arrow Stance and the current form, which would be necessary for his expedient need at the time, had become established. It is similar to a situation that some Chinese terms, like the Five Elements, are wrongly translated but has become established.

Fa-jing was an advanced skill, taught only to advanced students. This could be a reason why it was not included in the original version of the set which was performed by ordinary students. But our school is different. We teach what most schools considered as advanced right at the beginning.

This is the same as performing the set with speed in our version but slowly in the original version. Initially Taijiquan movements were performed slowly so as to get the form perfect and to generate energy flow. When students became advanced, they would perform the movements fast, especially in combat. Most students did not have an opportunity to progress to an advanced stage with the result that performing Taijiquan slowly has been established, mistakenly, as the norm.

We are ridiculous. We progress in a four-hour course what it would take other students many years. Hence, like fa-jing, we perform our Taijiquan movements fast, after having performed it slowly at our initial stage which would take less than an hour, to learn picture-perfect form and generate energy flow.

Personally I do not find any disadvantages regarding these differences, which only enhance our benefits. If there were disadvantages, I would not have made the changes.

Even the suggestion that having these changes which necessitates performing both sides instead of one, adding new patterns, and learning new skills, takes more time does not hold waters because these changes were made in place of repetition. For example, instead of repeating a sequence of techniques five times, we perform the sequence twice, and use the remaining three times to learn new techniques and skills.

The suggestion that performing something five times makes a practitioner more skillful than performing twice, is also not true in our case because, at the risk of being accused to be boastful, we benefit more from performing a sequence of technique twice than most other people performing it five times. This is readily seen in the fact, except that other people may be too slow or stubborn to see it, that our student learning Taijiquan in a course of a few days have better performance and more benefits than many other people practicing Taijiquan for a few years. 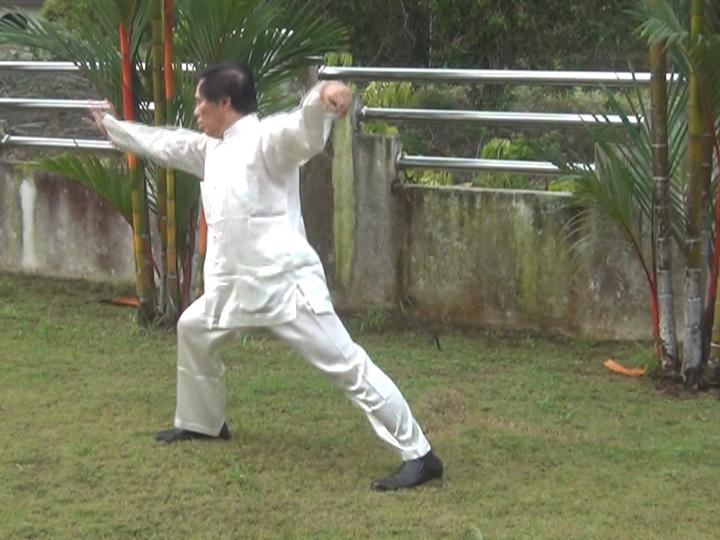 The above discussion is reproduced from the thread The Yang 108-Pattern Set -- Valentine 2014 in the Shaolin Wahnam Discussion Forum.