AN AMAZING COURSE ON TAI CHI CHUAN AGAINST OTHER MAETIAL ARTS Dominic applying "Reserve Riding on Donkey" on Peter during the "Tai Chi Chuan against other Martial Arts" course. How would you counter such an attack?

What an amazing course on Tai Chi Chuan against other Martial Arts ( Ireland , 14th to 16th February 2011), for me one of the best experiences of my life.

On the first day Stance training was amazing, the Stances felt so powerful, so relaxed and clear. During Three Circle Stance my sbody pulsated with energy and I felt how alive I really was.

Onto sparring and facing your opponent portraying as different martial artists. The Boxer for me would be the martial artist that I would be most apprehensive about; I was amazed with my progres over the three days, from being nervous about the unpredictability of the Boxer to being confident and able to overcome him with ease.

Wrestling and its counters was one of my favourite parts of the course, being pinned to the ground can be a scary situation but with a simple thrust and twist of the body you have control of you opponent, such good fun.

This course has truly brought Tai Chi Chuan alive for me, beautiful and elegant as a martial art, simple, direct and effective in combat.

All the best to those partaking in Sisook Robins Grasping Sparrow's Tail course in Switzerland next month. Your will be certainly in for a treat, enjoy.

Thank you Sigung for passing on this incredible art. Thank you for your amazing teaching during this course. Thank you for being a truly inspirational Tai Chi Chuan master.

Thank you Sifu for organising this amazing course. Thank you for introducing me to and teaching me Tai Chi Chuan over the past two years.

Thank you to all the Shaolin Wahnam family whom I sparred with during the course, it was such good fun. I can’t wait for the next time. 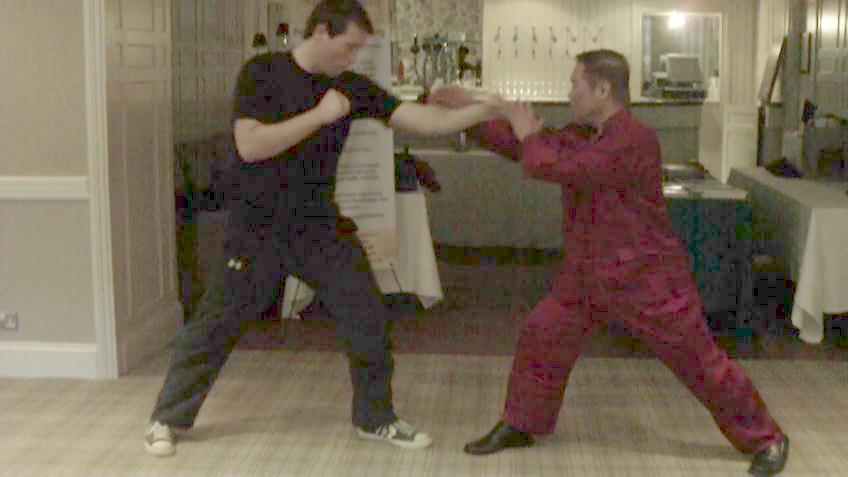 The above discussion is reproduced from the thread Thanks to Sigung for Wonderful Tai Chi Chuan against Other Martial Arts Course in the Shaolin Wahnam Discussion Forum.